How to Fight China's Financial Abuses: Crack Down on Anonymous Companies

The explosive growth of an offshore financial system has facilitated grand corruption that needs to be checked. 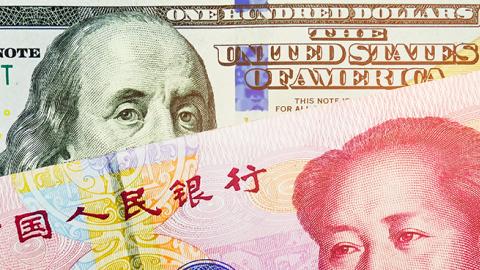 As the Trump administration embarks on long-overdue measures to counter economic threats from China, one of the primary conduits for abuse of the U.S. financial system continues to grow unchecked. The Chinese state-linked companies, transnational criminal organizations, and corrupt officials the U.S. now accuses of wrongdoing often rely on so-called “anonymous companies” to conceal illicit activities. Congress "came close":https://www.americanbanker.com/news/bill-to-ease-aml-requirements-stall… to banning them last year: Bipartisan legislation to do so now could provide an unexpected boost to the president’s agenda during a critical phase.

Anonymous companies, often referred to as shell companies, are incorporated in jurisdictions that do not require the disclosure of useful information about who really owns or controls them, in order that they can be used for money laundering or other financial crimes. Astonishingly, by far the biggest such jurisdiction is the "United States itself":https://www.hudson.org/research/13981-the-united-states-of-anonymity, which continues to drag its feet on introducing a corporate beneficial ownership register — unlike a "growing number":https://www.acamstoday.org/ultimate-beneficial-ownership/ of its democratic allies. Meanwhile, U.S. law enforcement agencies are often "powerless":https://thefactcoalition.org/letter-from-the-national-fraternal-order-o… to find out who controls the legal entities being used to conceal illicit funds within their jurisdiction.

Because the United States has not tackled anonymous ownership, it cannot pressure other, less scrupulous countries to do so. The resulting ease with which it is possible to secretly move money across borders underpins one of the most overlooked aspects of globalization: The explosive growth of an offshore financial system that facilitates grand corruption throughout the developing world, costing the latter "up to $1 trillion":https://www.gfintegrity.org/press-release/new-study-illicit-financial-f… annually in illicit financial flows.

China’s Belt and Road Initiative has both exploited and exacerbated this situation, providing corrupt authoritarians with unprecedented funds to "sustain and legitimize":https://foreignpolicy.com/2019/01/15/the-belt-and-road-initiative-is-a-… their rule. In return for bribes or opportunities for embezzlement, these kleptocrats eagerly commit their countries to one-sided investment and infrastructure deals designed to leave them hopelessly indebted to Beijing and firmly under its influence.

Such arrangements are possible only because the participants know that they can exploit anonymity loopholes to conceal illicit personal enrichment from law enforcement and the public.

In a particularly egregious example, Chinese officials "reportedly":https://www.wsj.com/articles/how-china-flexes-its-political-muscle-to-e… promised to bankroll the siphoning of $4.5 billion from Malaysia’s 1MDB development fund into anonymous companies, dissuade U.S. law enforcement from investigating, and then spy on the reporters exposing the scheme. Similar stories emerge from Sri Lanka’s "stolen port":https://www.nytimes.com/2018/06/25/world/asia/china-sri-lanka-port.html, Ecuador’s "crumbling dam":https://www.nytimes.com/2018/12/24/world/americas/ecuador-china-dam.html, Kenya’s "unaffordable railway":https://www.npr.org/2018/10/08/641625157/a-new-chinese-funded-railway-i…, and countless other projects. Corrupt political leaders who are privately beholden to Beijing cannot be reliable security partners for the United States. Nor are American businesses able to operate effectively in countries where corruption is undermining the rule of law on which trade depends.

State-linked Chinese companies and individuals have also made extensive use of anonymous companies to circumvent U.S. sanctions, most notably in their "dealings":https://www.pbs.org/wgbh/frontline/article/how-north-korea-uses-front-c… with North Korea. In a high-profile recent "example":https://www.wsj.com/articles/arrest-of-huawei-cfo-hinges-on-an-offshore…, the CFO of Huawei stands accused of misleading HSBC executives over the alleged use of a front company to carry on business in Iran. That front company is reportedly owned by an anonymous company registered in Mauritius.

Closer to home, anonymous companies are an "integral part":https://www.fairshareonline.org/content/opioid-crisis-evolves-anonymous… of the deadly fentanyl trade that originates in China and kills tens of thousands of Americans each year. Some of the biggest Chinese investors in the U.S. have "used them":https://www.nytimes.com/2016/09/02/business/dealbook/anbang-global-shop… to obscure their true assets and liabilities, as well as links to Beijing. And a portion of China’s multibillion-dollar "illicit financial outflows":https://amlrightsource.com/wp-content/uploads/2017/12/Chinas-Illicit-Fi… has undoubtedly been parked in U.S. real estate, pushing up prices for local people — though an innovative "Treasury scheme":https://www.miamiherald.com/news/business/real-estate-news/article21379… to expose beneficial ownership has likely spared Americans the "nightmare situation":https://www.bloomberg.com/news/features/2018-10-20/vancouver-is-drownin… facing Vancouver.

Banning anonymous companies and pressuring other countries to do the same will not put a complete stop to China’s economic wrongdoing, but it will empower U.S. law enforcement and American businesses to meet them on a more level playing field. It is the first step toward rolling back the offshore system through which China and other authoritarian kleptocracies spread crime, corruption, and malign economic influence.

In time, this would position the United States to re-engage emerging economies distorted by Belt and Road corruption with a stronger capitalist model — and show populations impressed by Xi Jinping’s "ruthless pursuit":https://www.washingtonpost.com/world/asia_pacific/in-china-investigatio… of corrupt officials what a genuine, nonpoliticized anti-corruption campaign looks like.