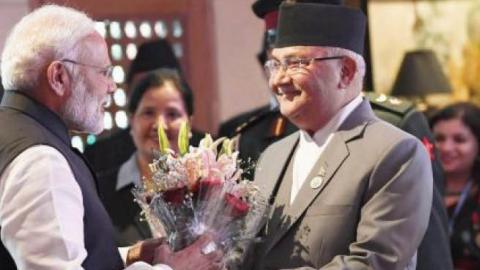 As China beefs up its aggressiveness along the Line of Actual Control, India must also focus on Chinese attempts to make its immediate neighbourhood insecure for New Delhi. China’s strategy usually involves multiple simultaneous moves.

It should, therefore, not surprise anyone if the deterioration of India’s relations with Nepal, Pakistan and Sri Lanka have been encouraged by Beijing. At the same time, India’s own mistakes might be responsible for weakening its bond with Bangladesh.

Ever since China took over Tibet in 1950, Nepal has been India’s buffer, and from the security perspective, northern neighbours Nepal and Bhutan are its first layer of security.

The ‘Neighbourhood First’ policy of the Narendra Modi government, for the last six years, was a continuation of a consistent attempt by New Delhi to reassure smaller South Asian neighbours that in return for keeping India’s security concerns in mind, we would provide them aid and support.

That policy has often faced challenges, but none more so than now.

The India-Nepal tensions openly on display for the past few months indicate that New Delhi has been unable to keep Kathmandu in its fold despite shared historical, religious and cultural ties, and strategic and economic bonds.

These relations are exemplified in many ways. The Indian Army chief is conferred the title of ‘ honorary general ’ of the Nepal Army, and continuing a British legacy, Gorkhas of Nepal still form a key part of the Indian Army.

The 1950 Treaty of Peace and Friendship granted rights to Nepalese and Indian citizens to reside and work, and even obtain citizenship, in each other’s country. India granted Nepal the right to transit trade across its territory and use Indian ports for importing and exporting commodities free of customs duties. Approximately 80 lakh Nepalese people live and work in India.

But Nepalese nationalists have sometimes felt that Indians take their country for granted. The most recent fracas began with a map released by the government of Nepal that claims three areas in the northern Indian state of Uttarakhand (Kalapani, Lipulekh and Limpiyadhura) as Nepalese territory. Nepal’s House of Representatives cleared a constitutional amendment bill that will add these territories to Nepal’s new map in the national emblem.

The roots of this border dispute date back to the Treaty of Sugauli of 1816, signed between the Nepalese monarch and the British East India Company. While Nepal regained some of the lost territory in later years, Kathmandu laid claim to Kalapani at regular intervals.

The addition of the three areas in his country’s latest map reflects the desire of Nepal Prime Minister K.P. Sharma Oli to gain public support through nationalist sentiment at a time when he is facing backlash over his government’s lackadaisical response to the Covid-19 crisis. They also reflect Kathmandu’s aspiration of forcing New Delhi to negotiate on prickly issues, such as revisiting the terms of the 1950 treaty and the issue of the Madhesis — ethnic Indians who have lived in Nepal for centuries and constitute approximately 30 per cent of the population.

Just as India’s relations with Sri Lanka are strained by the latter’s treatment of its Tamil population, Nepal’s refusal to accord Madhesis their due share in political participation has become a source of stress in India-Nepal ties. Nepalese also resent the dominance of business by its large Indian diaspora, and friction over transit trade has never been amicably resolved.

Disagreements over the new Nepalese Constitution, between Madhesis and Oli’s Nepal Communist Party, resulted in political unrest and violence in 2015, which saw weeks-long blockade allegedly with India’s backing along the border. India viewed it as supporting the rights of Madhesis. The Nepalese felt resentful at what they saw as ‘big brother’ India interfering in their internal affairs.

The wrinkle in the India-Nepal relationship points to the problem India seems to be having with some of its other neighbours, something that China is actively taking advantage of in pursuit of strategic advantage.

From New Delhi’s point of view, South Asia is its historic and civilisational sphere of influence. India sees its ties with Nepal, for example, as a special relationship signified by the 1950 treaty. From Kathmandu’s prism, the special relationship is a problem as the Nepali aspiration is for an equal, not junior, partnership.

India accepts the sovereignty of all its neighbours but its emphasis on ancient history creates fear that New Delhi’s goal might be to diminish the separate identities of its smaller neighbours. That fear is similar to recent reactions to a European Union that transcends borders. Smaller nations fear losing their uniqueness and India’s civilisational approach to regional relations is producing an ultra-nationalist sentiment within neighbouring countries.

With the challenge from China looming, the world’s democracies would like to see a more militarily and economically aggressive India. But New Delhi must find a way to assure its immediate neighbours in South Asia that India’s rise would not be a threat to their separate national existence.