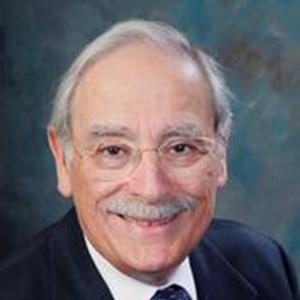 No American, not even the President, Barack Obama, should tell you whether or not to Remain or Leave.

But this American economist can tell you that if you leave, you have nothing to fear about your economy but fear itself, as Franklin Roosevelt once advised.

There are six things a successful economy in most cases must have. And Britain has them all.

It is good to have a large economy. Britain’s is the world’s fifth largest.

It is important to have the rule of law, so that no Vladimir Putin can snatch the fruits of your labour or profits from risk-taking investment. You’ve got it.

It is a very good idea to have the English language, which is the one in which the world’s business is done. You’ve got it, although we Americans don’t quite understand your version at times.

It is important to be in a time zone that allows you to work 24/7 with economies around the world.

Yours does just that.

You need world-class businesses in the growing services sector. Your design firms, law firms, insurers, music businesses are among the world’s best, beating my country’s rivals in many cases.

And you need a vibrant, exciting culture that attracts the best and the brightest employees of foreign firms.

Offer a young investment banker the option of London or Frankfurt, of educating his children at Britain’s fine schools and colleges or having them attend class anywhere else in the EU, and guess where he will choose.

So you have it all. Even Gordon Brown, in a video for the Remain forces, calls Britain, “the strongest economy in Europe”. In part that’s because he kept you out of the euro.

You don’t have Spain’s 50 per cent youth unemployment rate, Poland’s anti-democracy drift, France’s unchecked thuggish trade unions, Brussels’ bureaucracy, Italy’s troubled banks and the influx of millions of Syrian and other immigrants — many without real papers and many with no intention of assimilating.

Plus you don’t have the EU’s anti-innovation culture that has it attacking great internet companies, most of them American. No FANG (Facebook, Amazon, Netflix and Google) for the EU.

Nor need you worry about your ability to trade with other nations. The EU sells more to you than you do to its members.

The eurocrats would be cutting off their noses to spite their faces by refusing to trade with you.

It will be easier for you to cut a trade deal with America than it will be for the EU, lumbered with its cossetted French farmers.

The Remain supporters worry that if Britain leaves, the EU will begin to unravel. And they are right to worry.

The “ever closer union” crowd has spent the past decade or so figuring out how to deny member nations’ citizens the right to vote on where they want their countries to go.

If Britain can leave behind the economic regulations that account for the slow pace of EU growth, others will want a similar chance to be heard.

There can, of course, be no denying that at its inception the coming together of the nations of Europe helped to launch an era of peace on a once war-torn continent.

That was then, this is now.

If the EU does come apart, can anyone seriously believe that German tanks will roll across the French or Polish borders. Or that the jaw-jaw that has replaced war-war will simply stop because diplomats no longer hang their hats in Brussels? Of course not.

Germany, the continent’s most successful economy, knows all of this. And that the EU needs Britain more than Britain needs the EU — as a trading partner and as a voice for economic reform.

So it is begging Britain to Remain, while at the same time threatening Britain if it Leaves.

Worry not. There may be transition costs and difficulties. But consider this. Remain and Brussels will know that it can pretty much do what it will with the UK. Locked in is never a good place to be.