Now Is the Time to Expose Chinese Corruption 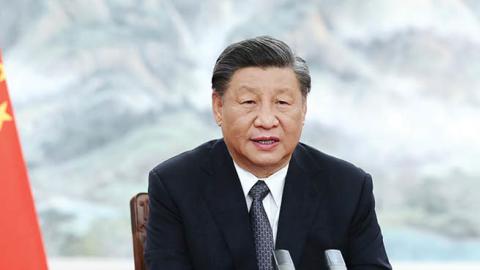 When Xi Jinping in March banned senior Communist Party officials and their families from owning significant overseas assets, many took it as a sign that Beijing is preparing for war against Taiwan. The timing suggested Mr. Xi was concerned by Western pursuit of Russian oligarchs’ assets in response to the invasion of Ukraine. But the edict also highlights a weakness of Mr. Xi’s regime: China, like Russia, is a full-blown kleptocracy whose ruling elite often stashes ill-gotten gains in overseas tax havens and Western financial centers, including the U.S. Official graft is becoming a distinct source of anger for Chinese citizens as they chafe under draconian lockdowns and rising economic inequality.

Kleptocracy hadn’t had a notable negative impact on China’s economy until recently, which is perhaps why foreigners rarely recognize it for what it is. The prevailing form of corruption in China involves the cultivation of cozy relationships between tycoons and party bureaucrats, who are expected to boost economic growth at any cost. In the short term, this can coexist with double-digit growth. But the political cover, lucrative permits and state-backed credit dished out by the graft-happy bureaucrats have bloated China’s real-estate sector and poisoned its financial system, with consequences that now threaten the wider economy.

And not only in China. Beijing has exported this development model through its trillion-dollar Belt and Road infrastructure plan. Opaque financing deals have exacerbated corruption in some of the world’s poorest countries, creating openings for Chinese exploitation.

China’s leading political families are primary beneficiaries. Investigations by Western media have shown that officials’ wealth far exceeds their modest legitimate incomes and that their relatives’ businesses benefit from proximity to power. Yet the party to some degree recognizes that systemic graft endangers its legitimacy with the Chinese population.

Mr. Xi claims to be fighting corruption. Immediately after becoming general secretary in 2012, he launched a campaign against it, which he claims has ensnared millions of party officials. But the initiative is intended to enforce ideological conformity as much as tackle graft. Investigations are pursued selectively against those who contradict or criticize Mr. Xi, consolidating his grip on power. The campaign is popular, but it wouldn’t be if it became clear how much corruption the cleanup effort ignores.

This gives the West an opportunity to create difficult distractions for Mr. Xi at a critical moment. In the face of rising public discontent, he has doubled down on the anti-graft campaign ahead of the 20th Party Congress later this year. High-level scandals emerging from outside his carefully orchestrated narrative would prove inconvenient to this effort.

The Biden administration should begin by publishing a long-overdue Treasury Department study on Chinese global money laundering. It should also accelerate implementation of its U.S. Strategy on Countering Corruption, published in late 2021 to rare bipartisan praise. This includes measures that would help expose Chinese elites’ offshore wealth, from eliminating shell company secrecy to supporting investigative journalists.

Congress should expedite bipartisan anticorruption legislation such as the Crook Act, which would boost the State Department’s funds to support the rule of law within vulnerable countries at critical moments; and the Enablers Act, which would extend anti-money-laundering oversight beyond traditional banks to other sectors that are routinely abused such as law and accounting firms. These measures would help counter Chinese kleptocratic influence in the U.S. and along the Belt and Road.

Western sanctions on Russian oligarchs failed to provoke a palace coup against Mr. Putin, and targeting Chinese illicit offshore wealth is unlikely to generate sufficient elite discontent to threaten Mr. Xi directly. But in the long term, a steady stream of graft scandals can help erode the party’s domestic legitimacy and alert other countries vulnerable to Beijing’s Belt and Road Initiative that they are dealing with a kleptocracy whose governance and development model they should spurn.

Wherever it comes from, dirty money undermines the integrity of America’s financial system, weakens its national security, and is an affront to its values as a nation. It is unconscionable that Communist Party officials who support genocide in Xinjiang, the crackdown in Hong Kong, and threats against Taiwan can bury their stolen wealth in our backyard.