Obama Causes a Drug Epidemic and Makes It Worse 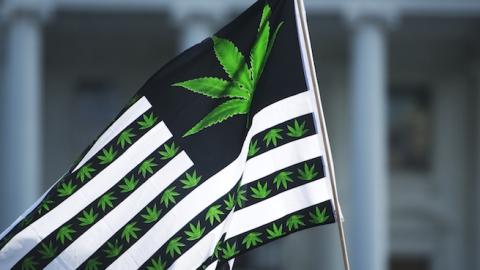 The White House Office of National Drug Control Policy (ONDCP), the office that manages the federal response to the drug problem, is now under attack by President Obama.

This comes at a time when heroin use and overdoses have soared, including a catastrophic 440-percent, seven-year increase in heroin overdose deaths. The Obama Administration’s response has been failure and the president is now dismantling the ability of future administrations to save American lives.

As drug use and addiction worsen, Obama has been closing down critical measures of the drug problem and measures of the success or failure of federal policy -- studies of hospital emergency episodes and other health data that track drug involvement, even criminal justice measures of drug use among those committing violent crimes -- are being cut in the latest budgets of the President. This will effectively blind policy makers and once weakened or dismantled, these public health and related systems will take years to resuscitate. The Administration expresses concern about the growing drug epidemics while it is breaking the tools that track them.

Obama has also encouraged use and addiction, allowing the open, commercial sale of marijuana, despite federal law and making Colorado a marijuana smuggling center to the rest of the nation. This Obama-protected, criminal trafficking has created new, highly potent marijuana that is smoked, consumed as a liquid concentrate, and “infused” in candy and other food items. The president’s marijuana policy is driving a steep national rises in use, and while such use is more clearly tied than ever to mental disability, schizophrenia in the vulnerable, school failure, and greater risk for use of all drugs

Further, US drug control programs in Mexico, Colombia and Afghanistan— decades of work invested in establishing effective international policy—are being undone by the Administration.

Mexican heroin production rose 62 percent in the single year, 2013-2014, with further increases looming. Colombian cocaine, driven down 76 percent between 2001 and 2012, has been allowed to surge back in 2015 to 155 percent above the 2012 low. It is likely rising still, as aerial eradication has been stopped with Administration concurrence. The result can only be more power to violent drug organizations in Mexico and Colombia.

Already cocaine overdose deaths are rising, while heroin overdose deaths have risen to more than 10,000 Americans annually. The Administration’s retreat in Afghanistan removes the security necessary to control the heroin trade that funds terror and subversion. The result can only be more heroin and more terrorism.

While Mexican cartel-linked drug gangs have spread drugs nationwide in the absence of effective enforcement, President Obama has begun the early release of major convicted drug traffickers from federal prisons The result can only be more crime and more drugs.

Now, the President’s budget calls for slashing the very White House policy body entrusted by law with the task of building and implementing a comprehensive anti-drug effort—integrating prevention, treatment, and law enforcement. The Obama Administration has created a worsening drug epidemic. It is releasing major drug traffickers and armed career criminals. And it is dismantling the tools, the international partnerships, and governing structures that will be needed to stop the destruction it has unleashed.