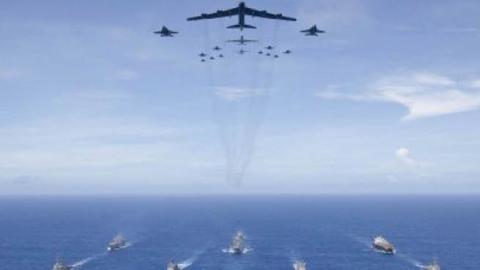 Soon after the United States announced a temporary halt in its payments to the World Health Organisation (WHO) on 14 April 2020, and called into question the organisation’s impartiality, Australia entered the scene and demanded an independent enquiry into the origins of COVID-19. Australia also took a lot of hits for leading the effort of pushing China to accept an investigation, within the WHO. Beijing moved quickly, and halted Australian beef imports into China and announced that tariffs on barley coming from Australia would be raised to eighty percent. Despite China’s retaliation tactics, Australia did not cave in and Europe, too, supported its effort. Before the WHO voted on the request for an independent investigation on 18 May 2020, more than one hundred-member nations had decided to support the request.

The investigation may not reveal much about China’s management of the spread of an unknown virus on its territory, because the country will have all time to cover its tracks. Moreover, the investigation, combined with demands for reforms that allow the WHO to respond quicker and more efficiently to viruses that may give rise to pandemics, may end up strengthening the WHO’s future role in global health crises. This goes against Washington’s priorities of holding both China and WHO responsible for the mishandling of the current Coronavirus crisis.

Is this good or bad news for all the powers that would like to see China behave in a more responsible way in multilateral institutions such as the WHO, the World Trade Organisation and the United Nations Human Rights Council? The United States is not alone in criticising China for systematically breaking the rules of these international institutions and for trying to undermine their liberal fundamentals by establishing coalitions of likeminded authoritarian states with little interest in upholding democratic principles such as freedom of speech and assembly, or free trade. Numerous countries across the world are equally concerned about China’s behaviour. However, China’s retaliatory practices against those criticising it has, for a long time, silenced much of the pushback against its illiberal practices, especially since China is the leading trading partner for a large number of countries globally.

As the United States retreats from international institutions and agreements that it sees as unhelpful in its efforts to fight China’s encroachments, secondary powers such as Australia, Europe, Japan, and others have become increasingly vocal in countering China from within these institutions and agreements. They derive much of their influence from institutions which put a damper on the freedom of great powers to dictate their will over lesser powers, and they are not prepared to let that influence go because the US feels too constrained to prioritise them. But they are also not willing to succumb to pressures from states such as China and Russia to change the nature of existing institutions towards a more authoritarian direction. And in the absence of a US presence in more and more multilateral institutions, these secondary powers have started to take the lead in defending their liberal foundations.

In the WTO, secondary powers have worked hard to push China to accept reforms that preserve pillars of liberal trade. For example, the European Union’s 2019 summit statement with China committed China towards addressing key European concerns regarding market access, discriminatory practices towards European companies and forced technology transfers, and to contribute to WTO reforms in a way that preserved liberal market economic principles. When the United States withdrew from the Trans-Pacific Partnership (TPP) agreement that would have lowered tariffs between twelve Indo-Pacific nations in January 2017, Japan quickly took on the task of resurrecting TPP in a slightly altered form, with the Comprehensive and Progressive Agreement for Trans-Pacific Partnership (CPTPP), that came into force in December 2018. The CPTPP agreement on freer trade and investment access has already increased trade volumes between the member states by much.

These examples of secondary power leadership on preserving liberal principles may appear to have limited influence on the overall trajectory of world order. However, in this desire for leadership, more is at play. It comes from increasing dissatisfaction with the US that remains intent on focusing only on its national interests, defying its post-war role as world leader, and China that attempts to replace the United States with policies that are not conducive to the freedom rights and transparency of a liberal world order. The tendency for secondary powers to form alternative partnerships to avoid becoming dependent on bigger powers may, in fact, be what is needed to preserve international order. For example, the European Union-Japan Free Trade agreement sent a strong signal of commitment to free trade, and against unilateralism. Similarly, the rapprochement between Australia and France reflects that Canberra is looking for new security partners in the Indo-Pacific. Many of these efforts are complementary to US objectives of preserving a liberal world order. But far too often, the United States and its allies fail to utilise this complementarity, by arguing about which instruments or forums are the best to bring common ideals into action.

Instead of quarrelling, they would be better helped by accepting these differences and starting to collaborate on how to make things work in their shared favour. For example, arguably the EU was able to give China a fait accompli in 2019 on market economic principles because at the time, the US-China trade war was at a high point, and Beijing was keen to demonstrate its willingness to make amends for past misdeeds. Similarly, Australia’s demand within the WHO for Chinese compliance with an independent investigation into the spread of COVID-19, occurred against the background of hard-nosed US pressures for China to admit its mismanagement of the virus outbreak. The efforts of the United States and its allies at preserving the liberal world order would be helped by their mutual recognition that different instruments can successfully be put to use cohesively, in order to meet the same objectives.

Read in Nepal Institute for International Cooperation and Engagement