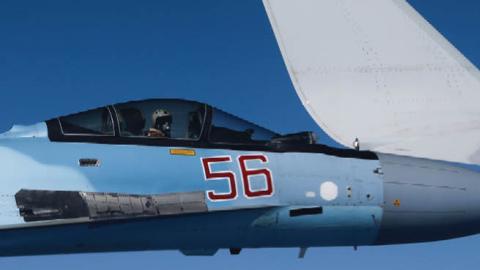 On June 26, 2020, outgoing commander of US naval forces in Europe, Admiral James Foggo, highlighted the need for more communication at sea in order to avoid escalations. Specifically, he argued for a set of codes that would give regional navies and coast guards a script for how to identify themselves and announce their intentions clearly during unplanned encounters with non-allied navies—a tool that would “eliminate any ambiguity and therefore hopefully eliminate any untoward incidents that may take place.”1 In the interview, Adm. Foggo advocated for a Euro-Atlantic dialogue with Russia on the establishment of such codes for unplanned encounters, as increasing military and commercial traffic enhances the risk of miscalculations and hence the use of deadly force between strategic opponents that are increasingly testing each other’s red lines in the Euro-Atlantic area. Maritime regions like the Baltic Sea, the High North, the Eastern Mediterranean, and the Black Sea promise to be main arenas for such encounters, as they continue to form the frontlines between the forces of the North Atlantic Treaty Organization (NATO) and Russia.

Moscow has repeatedly voiced concerns over the deployment of NATO forces near Russian borders, describing it as a threat to its security. In addition, Russia and NATO continue to blame each other for conducting destabilizing exercises near their mutual borders. In June 2020, when NATO conducted the annual BALTOPS exercise in the Baltic Sea, Russian combat jets flew training missions in parallel. Russia’s Baltic Fleet proclaimed that a dozen of its Su-24, Su-27, and Su-30 aircraft practiced strikes against maritime targets in the Baltic Sea at the time of the BALTOPS maneuver. Consequently, the United States and its allies complained that Russian fighter jets performed unsafe maneuvers while shadowing their planes, accusations that Russia’s military has rejected.2

This is only one of numerous incidents occurring in the Baltic Sea and the wider Euro-Atlantic area. These involve both military aircraft and naval vessels and at times civilian aircraft. In the South China Sea, similar incidents have occurred. This report demonstrates that both the South China Sea and the Euro-Atlantic area are characterized by interaction between states and alliances engaged in strategic rivalry due to fundamental differences of national interest. As a result, they pursue defense policies of mutual deterrence at the strategic level, creating the risk of escalation spirals at the tactical level, thereby engendering incidents that might escalate to the use of force and run counter to both sides’ national interests.

We argue that to enhance stability, both regions need instruments of reassurance that assist communication during unplanned encounters. We investigate the measures that Western countries and China have already agreed to apply in the South China Sea and discuss the possibility for adopting similar measures to lower tension levels between Western countries and Russia in the Euro-Atlantic area. A similar idea, focusing on the Baltic Sea, was discussed in a 2015 paper by the Task Force on Cooperation in Greater Europe, made up of senior policy stakeholders from Russia and Europe.3 The idea, however, was not pursued at the time because the European side was concerned that such measures would potentially undermine NATO’s freedom of action and weaken its ability to counter Russia’s advances in the Baltic Sea.4 However, a growing number of serious incidents between Western countries and Russia in a regional environment of mutual deterrence makes it worth reconsidering. Codes for unplanned encounters have now been in place in the South China Sea for a few years, making it possible to assess the advantages and drawbacks of this instrument and its potential usefulness in other regions marked by strategic rivalry.

The literature on the South China Sea and on Russia’s behavior in its neighborhood usually points to the conflict potential in these regions due to China’s and Russia’s use of tactics and policies that stretch the global rules on legitimate conduct beyond what is acceptable to the US and its allies. Examples include using paramilitary forces concealed as civilians to coerce other states and governments, applying interpretations of international law that deviate from standard interpretations used by Western states, and using offensive force against the non-offensive deterrence actions of their strategic opponents.5 Acknowledging the inherent challenges in these situations, this report attempts to add a positive perspective on interaction with China and Russia by focusing on the need for reassurance in environments of mutual deterrence to preserve peace and stability.

To lower the risk of incidents in the South China Sea that might unintentionally engender the use of force, in 2014 the member states of the Western Pacific Naval Symposium (WPNS) agreed on the Code for Unplanned Encounters at Sea (CUES).6 This agreement formed the basis of the US-Chinese bilateral Memorandum of Understanding (MoU) on the Rules of Behavior for the Safety of Air and Maritime Encounters that same year.

These agreements have not changed the underlying power struggle in the South China Sea. Conflicting strategic objectives, fundamental differences of interest, and divergent concepts of deterrence continue to characterize Western-Chinese relations and influence interaction in the South China Sea. Interaction can be unpredictable due to conflicting views on regional order and on the principles of right and wrong conduct. However, war remains avoidable. Codes for unplanned encounters can add elements of reassurance to a strategic environment characterized by mutual deterrence and can allay mutual concerns about strategic intentions.7 They are a very limited form of reassurance intended to communicate to an opponent that force used for deterrence does not constitute a threat, and will not be used against the opponent unless deterrence fails.

Debates on deterrence and strategic reassurance in Asia emerged in the post-Cold War era as it became clear that the US and China were strategic opponents with fundamental differences of interest that risked engendering the use of force. Between Washington and Beijing, an unbalanced perception of the threat posed by the other fueled an escalatory cycle of provocation and reaction.8 Western countries such as France, the UK, Australia, and New Zealand, who subscribe to the same fundamental understanding of world order as the US, have become increasingly engaged in the strategic rivalry in the South China Sea. The principal challenge for all powers involved is to reassure the other side of one’s strategic intentions without appearing overly weak or conciliatory in the process.9 Discovering how to reduce the security dilemma without undermining the credibility of the deterrent threat is the goal of the coercive diplomacy undertaken in the South China Sea.10

Deterrence remains possible despite an increasingly intense great power rivalry, fueled by Chinese revisionism. CUES are instruments designed to reduce the risk that unplanned encounters escalate into unsafe and highly provocative incidents in theaters where the core interests of great powers clash. In the South China Sea, the US and its allies and partners conduct freedom-of-navigation operations in an environment where China’s navy and air force are gradually increasing counter-pressure and will continue to do so in the future. This enhanced strategic rivalry makes it necessary to consider how both sides can implement their interpretation of international law without fueling tensions.11 CUES help meet this objective by reducing the risk that unplanned encounters spiral out of control, engendering unintended use of force and jeopardizing peace and stability.

Precursors exist to the 2014 WPNS CUES agreement and the US-Chinese MoU. In 1972, the US and the Soviet Union signed an agreement on the prevention of incidents on and over the high seas.12 This agreement was designed to reduce the possibility of conflict by accident, miscalculation, or lack of communication without directly affecting the size, weaponry, or force structure of the parties. Moreover, it was intended to enhance mutual knowledge and understanding of military activities and increase stability. The 1972 agreement, which was part of the Nixon-Brezhnev agreement on basic principles of coexistence, went beyond CUES by regulating behavior rather than merely suggesting communication protocols for signatory states and recommending a set of actions to avoid in the event of unplanned encounters.13

The basic principles did not help address the underlying conflicts of interest and ideology that characterized US-Soviet relations. Like the US-Soviet Strategic Arms Limitation Talks, they had the effect of papering over some of the cracks, but there was no meeting of minds between Washington and Moscow on managing spheres of influence.14 However, they did help avoid and control crises involving the risk of great power war to preserve the existing world order, in which Washington and Moscow enjoyed a privileged position.15 According to then-US Secretary of the Navy John Lehman, by 1985 the frequency of incidents between the US and the Soviet navy was way down from what it was in the 1960s and early 1970s.16

This report first analyzes the use of CUES in the South China Sea, which is the region they initially were designed for as an instrument to prevent unwanted escalation. In what sense have CUES in the South China Sea set a precedent for reassurance measures in other regions? Second, we discuss whether CUES could be useful to lower tension levels between Russia and NATO in their ongoing conflicts over spheres of interest, strategic space, and appropriate deterrence measures in maritime Europe.

The analysis draws on the first-hand experiences of personnel engaged in implementing the CUES. This allows us to go beyond rhetorical announcements of intention and understand how de-escalation instruments are used at the level of implementation and whether they have any effect. Third, we conclude by discussing the caveats to and advantages of adopting CUES in the Euro-Atlantic area and how they should be designed to take the specific strategic context of this area into account.

__Image: Caption for the photo: A Russian Army Baltic Fleet Sukhoi Su-27 jet fighter escorting an aircraft carrying Russia's Minister of Defense Sergei Shoigu over neutral waters of the Baltic Sea. A NATO F-18 jet fighter attempted an approach to identify the aircraft and was forced away by the Russian escort jet fighters, triggering mutual accusations of unsafe piloting maneuvers.__