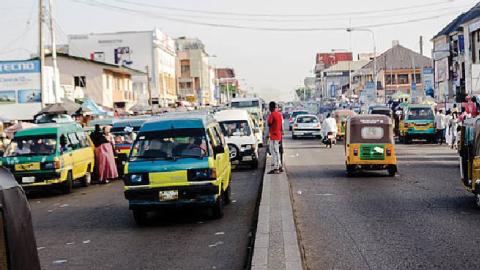 Distinguished observers—such as former Congressman Frank Wolf; Gregory Stanton, founder and president of Genocide Watch; Lord Alton of the House of Lords; and the authors of the UK All Party Parliamentary Group for International Freedom of Religion or Belief’s report “Nigeria: Unfolding Genocide?”—are describing the current carnage in central Nigeria as genocide or impending genocide.

Ethnic Fulani, Muslim herdsmen, who have been targeting Christians, are largely responsible for the killings, which total in the thousands and probably tens of thousands—the largest-scale butchery in the world today. Since many of the attackers explicitly and repeatedly announce that they are engaged in a religiously determined jihad, they also target Muslims who do not go along with their extremist agenda.

Some in the world at large recognize the primary, self-declared, violent religious mission of the terrorist organization Boko Haram, centered in Northeast Nigeria, and of the numerous ISIS and Al Qaeda affiliates that have made West Africa the world center of contemporary terrorism. But there is still widespread resistance among many Western elites to recognize the religious element of the Fulani attacks on predominantly Christian villages, people, and churches.1

Rabbi Abraham Cooper and Rev. Johnnie Moore, in their book The Next Jihad: Stop the Christian Genocide in Africa, describe a meeting they had in February 2020 with US Ambassador to Nigeria Mary Beth Leonard in which they discussed the possible religious aspects of the violence wracking the country. “She denied that it was at all about religion and described the conflict as ‘fundamentally a resource issue…’ Religion was, according to Ambassador Leonard, only relevant as it served as a potential accelerant to conflict. She left us with the impression that people like us, by speaking up for victims of religious persecution, were part of the problem. We found this to be hugely alarming.”

Similarly, Dionne Searcey wrote in the New York Times that “across parts of Nigeria, conflicts that mirror the 20th-century range wars in the American West have broken out between farmers and herdsmen vying for land, leading to bloody battles… About 300,000 people have been forced from their homes because of violence between farmers and herders, conflicts that are often exacerbated by religion, ethnicity and even the erratic weather patterns that accompany climate change and create competition between humans and cattle for water.”

In both of these depictions, we have a pernicious combination of a predilection for projecting parochial American categories onto foreign events that are actually occurring in radically different contexts with what I and others have called “secular myopia,” that is, “an introverted, parochial inability even to see, much less understand, the role of religion in human life.”

Ambassador Leonard portrays religion as simply an “accelerant,” a chemical term for a factor that speeds up a reaction but does not help create it, or as an “overlay,” a cosmetic factor that covers, indeed hides, the underlying shaping factors that really drive human conflict. In turn, Searcey describes religion merely as an “exacerbating” element in what is supposedly at bottom old American-style “range wars.”

Of course, my criticism of these cramped descriptions and metaphors is not in the least meant to deny that climate change is a factor in devastating herders’ livelihood and in creating desperate competition over resources in the Sahel. Nor is it to reject the idea that subsequent increased competition between herders and pastorals can and does lead to violence. All of these may be and are part of the complex human equations.

But such competition itself explains little. It could, as has happened elsewhere in the world, lead, instead of violence, to negotiation, or even cooperation, over water resources.2 [ii] Within the crooked and twisted timber of humanity, violent conflict is all too common, but it is not necessarily an automatic response. Human beings can reach beyond this. As Lamin Sanneh has magnificently described, there are very great pacifist traditions in the Islam of the region. Even if violence does erupt, it could take one of many forms. It could be inchoate and random. Or it could become simply an ethnic or tribal matter. Or it could be shaped by ideologies such as Marxism.

But none of these material factors can come close to explaining why people actually act in the way they do. There is no simple line between “I need grazing lands for my cattle” and “I must destroy and behead the infidel.” No grazing limits produce some straight line leading to a self-declared jihad that employs sophisticated tactics and uses advanced weapons on a large scale while burning churches amid cries of “Allahu Akbar.” No person facing drought decides automatically to behead local pastors and bishops, or raze churches using chemical weapons. What is always and everywhere needed is some explanation of what and how real beliefs shape human responses to desperate situations into actions and agendas.

Despite the overwhelming evidence of the last two decades, all too often we are still encountering in Westerners of a secular mindset a priori methodological commitments to treating religious beliefs as merely secondary. For them, religion is simply an overlay over the supposed “real factors” that determine human life, such as resources, or economics, or politics. Religion is still too often treated as an amorphous epiphenomenon that can be explained by other, “material” factors, but that is never included as an explanation, however partial, of human action in and of itself.

But religion is, and increasingly so, a major factor in human affairs, including very violent affairs. It is also often necessarily intertwined with political and economic factors. The fact that something is political or a clash over resources does not mean that it is any the less religious —it can be, and usually is, a mix of all of the above. Westerners who don’t understand religion miss this. What people believe about the fundamental realities of existence will shape their view of politics, and their politics will shape their views of what is fundamental in human life.

Any failure to recognize these religious dimensions in general and, particularly, in the present conflicts in Nigeria’s Middle Belt and elsewhere in West Africa, divorces us from the complex realities of concrete human life. It restricts our view of human motivation in favor of a truncated pseudo-materialist interpretation of human action. Hence, it distorts our analysis of conflict and can cripple any search for political and religious solutions to conflict.

We need to recognize and diagnose secular myopia and realize that its effects can be deadly.