The Slow Meltdown of the Chinese Economy 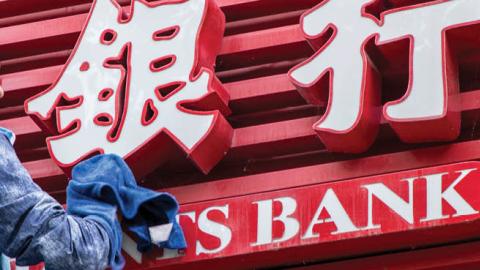 Caption
A worker cleans up the signage of a bank storefront on October 19, 2020 in Shanghai, China. (VCG/VCG via Getty Images)

China is experiencing a slow-motion economic crisis that could undermine stability in the current regime and have serious negative consequences for the global economy. Despite the many warning signs, Western analysts and policy makers are optimistic that Xi Jinping is up to the task of managing the crisis. Such optimism is misplaced.

The U.S. and its allies have many tools to influence China’s economy and need to weigh the consequences of an acute crisis against the threat its current trajectory poses to the U.S. Policy makers should be thinking of how best to deploy these tools, instead of passively assuming the rapid growth and stability of the Chinese economy will continue.

In December real-estate developers China Evergrande and Kaisa joined several other overleveraged firms in bankruptcy, exposing hundreds of billions in yuan- and dollar-denominated debt to default. Real estate represents around 30% of the Chinese economy, nearly twice the levels that led to the financial crisis of 2008-09 in the U.S., Spain and England.

The real-estate industry has been key to keeping annual growth above 6%. Yet a debt bubble has inflated by 20% annually between 2014 and 2018. Originally intended to accommodate rapid urbanization for the industrial economy, the urban property market is now overbuilt. Some 90% of urban households own their own properties and enough vacant units are available to accommodate 10 years of urban immigrants. Sales and prices have tumbled this year, and overleveraged builders and creditors are suffering the consequences.