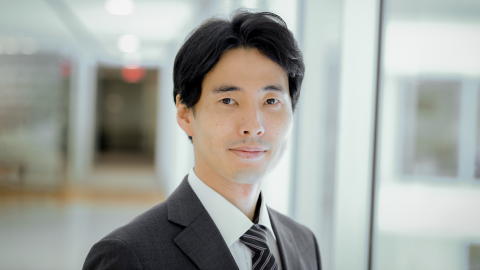 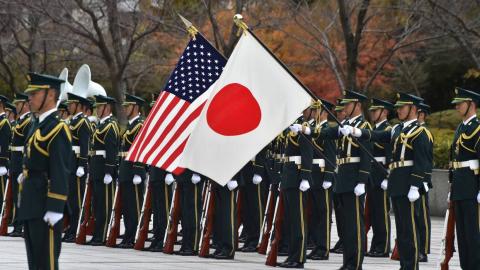 The Look Ahead Series is a collection of policy memos examining the challenges that political, military, and business leaders must contend with today to ensure a secure, free, and prosperous world tomorrow.

The Current Status of the Japan-US Alliance

Sixty years ago, Japan and the United States signed the Treaty of Mutual Cooperation and Security marking the beginning of the Japan-US Alliance as we know it today. The two countries have made a commitment to core values such as democracy, respect for human rights, and a rules-based international order. The Alliance has played an integral role in ensuring the peace and security of the two countries as well as realizing their shared vision of a free and open Indo-Pacific through security cooperation.

Security Challenges to the Alliance

Currently, the Indo-Pacific region and the international community face diverse security challenges which any one nation cannot singlehandedly resolve. The outbreak of COVID-19 is the most notable example of challenges that require a unified response from the international community. The ongoing pandemic not merely is an issue of infectious control but has affected the economic and military activities of many countries.

While the international community is cooperating in controlling COVID-19, China, the epicenter of the outbreak, has instead accelerated its attempts to forcefully and unilaterally change the status quo and to implement state-of-the-art military technologies. Such military developments, lacking transparency on the part of China, present a serious security concern for the Indo-Pacific region and for the rest of the world.

In the East China Sea, Chinese activities have been more aggressive and persistent than ever before. China has intruded for an unprecedented duration into Japan’s territorial waters around the Senkaku Islands, where Article V of the Japan-US Security Treaty applies. China’s unilateral attempts to alter the status quo and to create a fait accompli are also evident in the South China Sea. The South China Sea carries roughly one-third of global shipping and is a vital sea lane for many countries including Japan and the United States. China has militarized the Paracel and Spratly Islands, unilaterally announced the establishment of new administrative districts on those islands, and conducted military exercises, including the launch of ballistic missiles, while declaring a no-sail zone under the proclaimed authority of the administrative districts. Such actions by China are nothing less than assertive and coercive attempts to overturn international norms. Should the international community overlook China’s continued attempts to undermine international laws, to alter the status quo, and to create a fait accompli in these waters, the devastating consequences would not only be limited to the Indo-Pacific region but would also reach across the world.

Furthermore, China is expanding its military activities into the Pacific. Steadily increasing its ability to break through the so-called “First Island Chain,” China seeks to enhance its expeditionary capabilities. Chinese vessels, including its aircraft carrier, have already engaged in military exercises in the Pacific Ocean. Taking advantage of not being party to the then-existing INF Treaty, China also developed the ground-based missiles that provide capabilities for penetrating the missile defense of other nations. In this way, China seeks to further improve its capabilities to deny access and deployment to its surrounding area by other countries and to disrupt their operations therein.

While the stable use of cyber and space domains is crucial for national security purposes as well as for civilian activities, China has been rapidly advancing its capabilities in cyber and electromagnetic domains to disrupt communications by other countries and enhancing its space domain capabilities such as anti-satellite weapons.

Similarly, North Korea has continued to pose grave and imminent threats to peace and security of the region and the international community amid the current COVID-19 pandemic. It has not delayed its nuclear weapons program, but rather expressed its intent to further increase nuclear war deterrence and to put the strategic armed forces on high alert. Despite the previous US-North Korea Summit Meetings, North Korea has continued to conduct missile launches in violation of the UN Security Council resolutions.

Since inter-state competition and attempts to alter the status quo therein predate the outbreak of COVID-19 and will persist after the pandemic is over, the Japan-US Alliance must continue to deal with the realities of the Indo-Pacific region. The region is at the center of global economic dynamism on the one hand, but is home to qualitatively and quantitatively superior military powers on the other hand. Moreover, clear trends towards further military build-up and military activities have been observed in this region.

The global challenges caused by COVID-19 have not blunted unilateral attempts to alter the status quo in inter-state competition. Instead, the pandemic has made them more blatant. This trend will ultimately divide the post-COVID-19 world, including the Indo-Pacific region, into two camps. On the one side, there would be open, democratic societies who value the rule of law and respect human rights. The other side would consist of nations with authoritarian regimes ruling by coercion and controlling access to information. The Japan-US Alliance should be the standard-bearer of the first camp, as the two countries hold the same universal values and share the worldview, policy vision, strategies, and methods.

First, both Japan and the United States have squarely faced the realities of the competitive world and affirmed their commitment to working together to realize a free and open Indo-Pacific. This vision emphasizes compliance with principles such as respecting the rule of law and freedom of navigation. As the Indo-Pacific region is at the center of world vitality where it houses more than half of the world population, ensuring the stability and prosperity in this region under such a free and open vision will also further those of the international community at large.

In doing so, the two countries would strengthen the Japan-US Alliance and increase their presence in the region. Moreover, both countries will further expand security cooperation with other countries. Most importantly, the quadrilateral cooperation among Japan, the United States, Australia, and India will become an essential partnership in the region. While strengthening its defense capability to advance security cooperation, Japan will continue to collaborate with the countries that share the free and open Indo-Pacific vision and have ties to the region. This includes countries like Australia, India, the U.K., France, and other European countries, Canada, and New Zealand. Furthermore, the United States intends to evolve its alliances and partnerships in the Indo-Pacific region into a networked security architecture to uphold the international rules-based order.

Japan will continue to fundamentally strengthen its national defense architecture amid the changing security environment to protect its sovereignty and independence through its own initiatives. At the same time, using its defense capability, Japan will fulfill its role in the Japan-US Alliance in every context, from peacetime to armed contingencies. As its National Defense Program Guidelines says, Japan now recognizes more clearly than ever that strengthening its defense capability for its national security is none other than strengthening the Japan-U.S. Alliance and that Japan’s fulfillment of its foremost responsibility as a sovereign nation is the very way to carry out its role under the Japan-US Alliance.

The United States, recognizing as its primary security concern the long-term strategic competition especially with China, has expected that its allies and partners demonstrate the will to confront shared threats and contribute their capabilities. Currently, most of the policies set out in the US strategy documents have entered the implementation phase, gaining bipartisan support.

Finally, the two countries are taking collaborative methods to materialize their well-aligned strategies by putting particular emphasis on bilateral cooperation for cross-domain operations. The cooperation focuses on capability enhancement in new domains such as space, cyberspace, and the electromagnetic spectrum. For instance, when the United States established the Space Force and elevated the Cyber Command to a unified combatant command, Japan soon followed establishing the Space Operations Squadron and strengthening the Cyber Defense Group. Additionally, the two countries are advancing their cooperation in space, working together on such projects as space situational awareness and hosted payloads, and are deepening their understanding of cyberspace issues such as the applicability of Article V of the Japan-US Security Treaty to cyberattacks.

As repeatedly pointed out by the two countries, the Japan-US Alliance is stronger, broader, and more essential today than ever. While the two countries face grave and persistent challenges, they have adopted an appropriate bilateral approach towards handling such challenges so far. Independent of the specific leadership of each nation, the two countries will continue to make the Alliance stronger, working hand-in-hand with like-minded partners around the world, and taking every measure to maintain the peace and stability of the Indo-Pacific region and the international community.