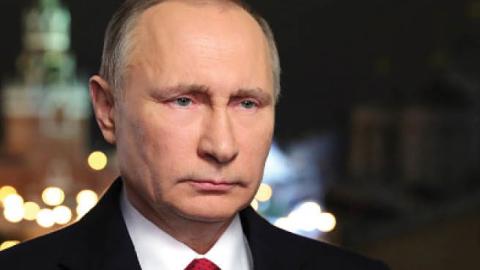 On Monday afternoon, Russian President Vladimir Putin put paid to the notion that the latest crisis he has engineered on Russia’s border with Ukraine somehow pivots around the question of Kyiv’s membership in NATO. Instead of focusing on matters such as security relations and military alliances, Putin—isolated and irate, almost Strangelovian in front of the camera—railed about a different topic entirely: empire, and Russia’s right to its former colonial holdings.

Over the course of his hour-long screed, Putin claimed throughout that Ukraine is little more than a fabrication, a historic accident designed to rob Moscow of territory that should belong to Russia. Ukraine, Putin claimed, “can be rightfully called ‘Vladimir Lenin’s Ukraine.’” Tossing anything resembling basic history out the window, Putin claimed that Lenin “was the creator and architect” of Ukraine, and that Ukraine “actually never had stable traditions of real statehood.” When Kyiv declared independence in 1991—following a referendum in which 90 percent of Ukrainian voters opted to break away from the Soviet yoke—it was no cause for joy; as Putin railed, Kyiv “mindlessly emulat[ed] foreign models, which have no relation to history or Ukrainian realities.”

For those following Putin’s collapse into outright dictatorship—and into becoming the primary cause of Europe’s sudden fragile security order—the Russian leader didn’t necessarily break new ground during his lengthy rant. Just last year, Putin penned a 7,000-word essay claiming that Ukraine “is entirely the product of the Soviet era” and that Russians and Ukrainians “are one people.” And when the Soviet Union collapsed, according to Putin, Russia was “robbed, indeed.”

Many Western observers, though, seemed to miss Putin’s admission that he is propelled primarily by revanchism and ressentiment. Political scientist John Mearsheimer claimed earlier this month that the “only way” to solve the latest crisis is an agreement that Ukraine “will not become part of NATO.” This would be but a temporary respite from Putin’s designs—one that would only embolden the Russian dictator that much further. Because, as is now clear, Putin’s monomania about controlling Ukraine—its military, its economy, its entire sovereignty—stems not from security arrangements but from pure, unadulterated neo-imperialism, and a desire to reclaim territories Putin believes belong to Moscow.

This resurgence of empire is jarring. After all, the days of European imperial expansion should be decades, even centuries behind us. That is true, to a point: For too many Westerners, European empire calls only far-flung conquests to mind—across oceans and on distant continents. The British empire, French empire, Spanish empire, Dutch empire: (Nearly) all of it took place outside Europe proper, in Africa and South America and South Asia. And (nearly) all of it collapsed by the mid-twentieth century, caught up in the waves of independence sweeping these former colonial holdings.

But there was one European power that retained its imperial possessions, through the end of the twentieth century and well into the twenty-first: Moscow. Under the tsars, Russia conquered a continent, bloodying and breaking Indigenous populations from Crimea to the Caucasus to Siberia. In Tatarstan and Turkestan, Circassia and Chechnya, Kamchatka and Kazakhstan, Moscow cut an imperial scythe, brutalizing entire peoples in the process, and claiming their lands as Russia’s alone. In many ways, Russia’s continental expansionism mirrored America’s, with both imperial capitals marching simultaneously toward the Pacific. Just compare imperial Russians’ slaughter of, say, Alaska’s First Nations populations—or how Russian settlers followed smallpox epidemics that decimated Indigenous communities. When talking about a country that “colonized itself,” you’re equally likely to be talking about Russia as the U.S.

Nor did things change when the Bolsheviks surged to power a century ago. As scholar Francine Hirsch notes in her seminal work on the creation of Soviet republics, the Bolsheviks swiftly realized they’d be better off maintaining the tsarist-era empire, even if in “many regions … the Bolsheviks had no indigenous support whatsoever.” The Bolsheviks even relied on identical sleights of hand, claiming they were simply “bearing the torch of civilization” to their imperial conquests. (It’s unclear if Joseph Stalin felt he was still bringing civilization to Moscow’s subjugated nations when he ethnically cleansed Chechens and Crimean Tatars, among many more.)

Even when the Soviet Union collapsed, Russia was shorn of only part of its former imperial holdings. A range of new republics gained independence—an independence Putin admits that he sees as a falsehood—but myriad conquered nations remained part of Russia proper. In the early 1990s, this was seen by Western partners as perfectly acceptable, even when Moscow began carpet-bombing places like Grozny. Moscow’s empire tottered but never fully collapsed. As one analyst recently wrote, Russia “never fully decolonized.”

And we’re now seeing the results. Instead of being forced to reckon with the ashes of empire, a revanchist dictator has throttled Russia’s politics and turned his sights on now carving his neighbors. (Lest you think Ukraine is alone, Putin said that Kazakhs had also “never had statehood,” sending the Russian nationalists eyeing Northern Kazakhstan into a tizzy.) And instead of being motivated by things like NATO expansion, Putin has revealed himself as the latest in a long line of European dictators impelled solely by historic illiteracy and ethnic grievance, seeking to reclaim lands he believes are rightfully his.

The more quickly the West wakes to Putin’s motivations—to his rank, putrid neo-imperialism, which sees Russia’s neighbors as undeserving of statehood—the better off we’ll all be. And the sooner the rest of us realize that we’re witnessing the return of European imperialism, the closer we’ll be to moving past the horrendous violence suddenly looming.

Thankfully, we’re already seeing evidence of such realization. A range of Russia scholars have been using their platforms to highlight Putin’s imperial designs and the clear colonial legacies he’s building on. “This is neo-colonialism in broad daylight,” as Russia scholar Kimberly St. Julian-Varnon noted, with renowned Russia analyst Fiona Hill adding that this is all “an act of post-colonial revisionism on the part of Russia.”

And those from other countries formerly colonized by other European countries are picking up the thread. In an impassioned speech in front of the U.N. Security Council on Tuesday, Kenyan U.N. Ambassador Martin Kimani saw Russia’s renewed aggression for precisely what it is. “This situation echoes our history,” Kimani said, condemning Moscow’s moves. “Kenya and almost every African country was birthed by the ending of an empire. Our borders are not of our own drawings. They were drawn in the distant colonial metropoles of London, Paris, and Lisbon with no regard for the ancient nations that they cleaved apart.” So, too, were the dozens of nations colonized by Moscow—including those still subject to the Kremlin’s latest dictatorship, both inside and outside of Russia.

Which is why it’s time to see Putin for precisely what he is: a despotic European imperialist, dedicated to expanding empire and to controlling colonies both new and old. Thankfully, all empires fall, as Putin’s certainly will. When this is all said and done, we may well be watching more nations colonized by Moscow finally experience independence—and, perhaps, leading Russia on a path to a decolonization long delayed.

Read in The New Republic