Who Makes the ‘Rules’ in a ‘Rules-Based’ Liberal Global Order?

Hint: Not necessarily people who’ve been elected to anything. 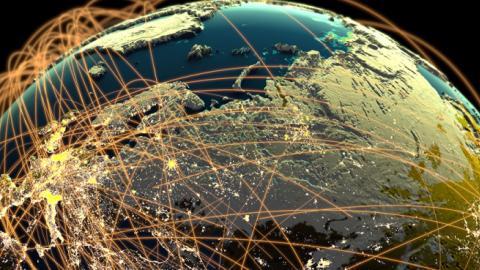 The forces promoting global governance represent a serious actor, driver, or player in world politics. Transnationalism or globalism has an ideology and a social-material base. And, crucially, it has a strong American connection.

The ideology is utopian, the age-old dream of worldwide peace and prosperity under a benevolent global regime. Further, the globalist project is bipartisan, in terms of both ideas and institutions.

Democrat Anne Marie Slaughter, who headed the Obama State Department’s office of policy and planning, declared that global governance meant nations would cede sovereign authority to supranational institutions in cases requiring global solutions to global problems. Thus, she maintained, transnational networks “can perform many of the functions of a world government—legislation, administration, and adjudication—without the form,” thereby creating a global rule of law.

Under President George H. W. Bush, Republican Richard Haass held the same position as Slaughter at the State Department. Haass is currently head of the Council on Foreign Relations. More than a decade ago, he said it was time to “rethink” sovereignty arguing that “sovereignty is not only becoming weaker in reality, but that it needs to become weaker.”

In 2008, Robert Kagan, then advising the presidential campaign of Senator John McCain, declared that the “United States . . . should not oppose, but welcome a world of pooled and diminished national sovereignty.”

The social base certainly includes the leadership of the European Union (which is a model for supranational governance) and its administrators in the European Commission, judges in the European Court of Justice, and other EU officials. It includes international non-governmental organizations (e.g. Amnesty International, Human Rights Watch, Greenpeace, George Soros’s Open Society foundations, etc.); and it includes “the Davoisie,” the global corporate leaders who attend the World Economic Forum in Davos, Switzerland.

Significantly, there is a strong American presence in the forces of global governance: major foundations (Ford, Rockefeller, Carnegie, etc.), the American academic world; the American Bar Association which openly advocates the “global rule of law”; and, of course, among leading American global corporations. Indeed, the vice president of Coca-Cola remarked, “We are not an American company.” Who knew? Coca-Cola is not an “American company.”

A top executive at Colgate-Palmolive declared, “There is no mindset that puts this country (the United States) first.” When she was a journalist writing for The Atlantic, current Canadian Foreign Minister Chrystia Freeland was told by a U.S.-based CEO of one of the world’s largest hedge funds that he was not concerned about the “hollowing out of the American middle class.” He said that if the global economy “lifts four people in China and India” into the middle class and meanwhile “one American drops out of the middle class, that’s not such a bad trade.” Samuel Huntington described this process as the “de-nationalization” of American corporate elites