China Cracks Down on Christians

A New Era of Religious Persecution Has Arrived 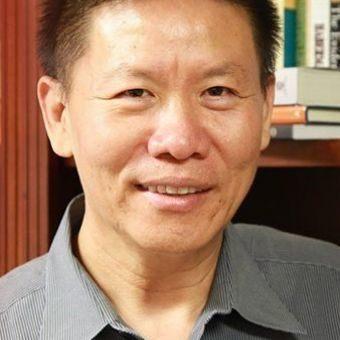 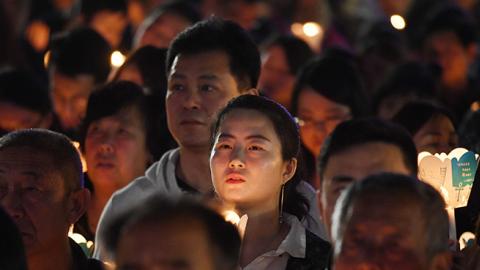 Zion Church in Beijing is the largest in China’s burgeoning Protestant underground. In September, the 11-year-old house church was sealed shut by the government.

Its crime? Zion’s pastor, Dr. Ezra Mingri Jin, a graduate of Fuller Theological Seminary in Pasadena, California, had rejected an intolerable Chinese Communist Party (CCP) directive to mount face-recognition cameras on his pulpit, turned on the congregation. For his refusal, the pastor and virtually all of Zion’s 1,500 members have been detained, searched and questioned by public security – some more than once.

And the worst may be yet to come. Their police records will now be used in China’s new Orwellian social credit score system to deny them access to government trains, planes, schools, pensions and other benefits.

All of China’s "more than 100 million":https://www.cfr.org/backgrounder/christianity-china Protestants and Catholics are bracing to have their faith severely tested in a harsh, all-enveloping crackdown.

The government’s repression against the churches is being done in the name of President Xi Jinping’s “sinicization” campaign, ostensibly to strengthen Chinese culture. However, it increasingly appears aimed at removing the Bible and its teachings from Chinese Christianity.

A staggering 100,000 or more Christians are estimated to have been arrested this year, compared to 3,700 in 2017, according to "ChinaAid":http://www.chinaaid.org/ – a Christian human rights organization which promotes religious freedom and rule of law in China. Most of these, as with Zion Church’s, involved short term detentions.

Particularly targeted are “underground” churches that are not registered with the Chinese government, principally because these Christians do not want the oversight and control that comes with registration. As we write, word comes that some 100 Christians with the underground "Early Rain Covenant Church":http://www.asianews.it/news-en/Chengdu,-abuse-and-police-violence-after… in Chengdu have been rounded up and detained. Some claim “rape and abuse” by police.

Pastor Ezra is part of the Protestant underground, estimated by a leading China expert at Perdue University to serve all but 30 million of China’s "93 to 115 million Protestants":https://www.scmp.com/news/china/policies-politics/article/2110433/china…. He and over 400 other Protestant underground pastors have signed onto a courageous declaration, on file at ChinaAid. In it, they affirm their resolve to meet this unfolding persecution with faithfulness and peaceful resistance, stating, in part: “For when churches refuse to obey evil laws, it does not stem from any political agenda; it does not stem from resentment or hostility; it stems only from the demands of the gospel and from a love for Chinese society.”

Despite the Vatican’s agreement with Beijing on the appointment of bishops in September of this year, about a dozen Catholic priests have been jailed since its signing. In November, Bishop Peter Shao Zhumin of Wenzhou underwent two weeks of state "indoctrination and interrogation":http://www.asianews.it/news-en/Wenzhou's-bishop-Shao-Zhumin-taken-by-po… – his fifth detention in two years.

And some Chinese Christians spend years in prison. Catholic Bishop "James Su Zhimin":https://www.ucanews.com/news/chinese-catholics-appeal-for-release-of-lo… of Boading has languished in prison for 20 years after leading a Mass without government permission. The government refuses to provide any information on him.

An American resident is among China’s religious prisoners. Pastor John Sanqiang Cao of North Carolina was sentenced last March to seven years for “organizing illegal border crossings” after opening schools and delivering humanitarian aid in Burma. He reportedly shares a cell and one bed with a dozen inmates, and has lost 50 pounds.

Minors are now banned from entering any church. Online sales of Bibles are blocked. The Catholic Catechism is censored. Churches report that their crosses and other Christian symbols are being torn down and sometimes replaced with pictures of none other than President Xi himself.

Since February, thousands of churches have been forced shut. It’s particularly chilling that many of the 10,000 Protestant churches closed in one province were actually government-approved ones. In addition, this September, the government-approved Sacred Heart Catholic Church in Henan saw its priest detained and defrocked by the state-sponsored Patriotic Catholic Association, "reportedly for organizing":http://www.asianews.it/news-en/Fr.-Liu-Jiangdong-of-Zhengzhou:-a-'marty… parish fellowship groups for the youth and elderly.

As these examples show, the repression is not limited to the underground churches. These incidents flag that President Xi intends to curtail all of China’s various Christian communities or possibly even eliminate them.

We have only to look at the suffering of western China’s Uighur Muslims – a million of whom have been confined to indoctrination camps – to be certain that President Xi is ruthlessly ushering in a new era of intense religious persecution.

An eloquent vow from the pastors’ declaration should be both a warning and an inspiration for us: “Christian churches in China are eager and determined to walk the path of the cross of Christ and are more than willing to imitate the older generation of saints who suffered and were martyred for their faith.”

As Christians worldwide celebrate the birth of Jesus Christ two thousand years ago, these new Christians and all others persecuted for their faith in China must not be forgotten.

We should call on our political and religious leaders to urgently speak up for them and to strenuously press President Xi to respect religious freedom.