No Government Has Killed More People through Incompetence than Communist China 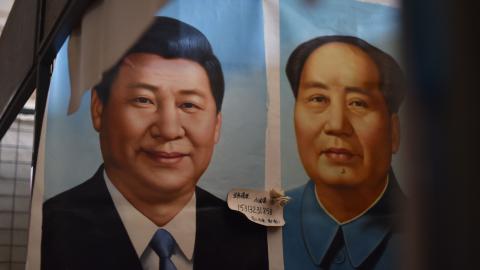 No country in modern history has witnessed more unnatural deaths than the People’s Republic of China. Yet unlike other totalitarian regimes, China is unique in that deaths are not only caused by outright brutality, but also simply by the Chinese Communist Party’s stupefying incompetence and stupidity.

The majority of deaths, from Mao to Xi Jinping, have been the result of Communist utopian and hubristic aims combined with unfathomable ineptitude and bureaucratic callousness.

The most poignant example of this is Mao’s Great Leap Forward in the late 1950s, which, in an attempt to surpass the industrial output of leading imperialist countries in record time, caused the deaths of up to 45 million people, almost the total death toll from World War II.

But the CCP’s streak of brutality and incompetence extends far beyond the Great Leap Forward—to the Cultural Revolution, a bloody massacre in 1989, unspeakably cruel and criminal acts against hundreds of millions of women in forced abortions for nearly 40 years, ruthless crackdowns on any political dissent, surveillance over the entire captive nation enabled by next-generation technologies, massive detentions, by the millions, of ethnic minority and political dissidents and genocide against the Uyghurs.

Indeed, there has been a remarkable degree of consistency in the CCP’s lunacy, which we see today in the insanity surrounding COVID-zero policy and its effects. Xi Jinping’s delusional desire to eradicate every single case of COVID-19 infection throughout the country has been similarly disastrous for both the Chinese economy and the lives of millions of Chinese people and ethnic minorities.

This recognition points us to an observation that cannot be ignored: Regardless of who is at the helm in Beijing, be it a psychopath like Mao, a ruthless “reformer” like Deng Xiaoping or an egomaniac like Xi, China will continue to be a People’s Republic of Disaster so long as it remains Communist.

COVID-19 originated in Wuhan, and rather than view this outbreak as simply a public-health crisis, CCP leaders could not help but treat it as an opportunity to showcase the superior methods of their one-party state. In their desire to display ideological superiority, they proceeded with unbridled policy hubris and the lunacy of COVID-zero lockdowns. Following this path necessarily has led the CCP to engage in a series of criminal coverups.

COVID-zero lockdowns were then instituted nationwide, with people literally barred or welded inside their residences and, in many cases, left to die.

That was followed by the criminally negligent instant lifting of national lockdowns when the widespread surge of infection could not be contained anymore, without any meaningful preparation for medical and funeral services. Yet with reckless abandonment, the CCP allowed millions to travel outside China and spread the virus while hypocritically halting domestic travel.

The CCPs lunacy in its approach to COVID-19 has awakened the world and the Chinese people to the extreme danger of a totalitarian regime, that a government whose power is unchecked and whose ideology is unhinged is an ever-present menace to the world.

The only difference between Mao’s China and Xi’s China is that the latter is made all the more dangerous by technology and its actions are now intrinsically linked to the free world via massive economic and technological engagement. The CCP’s lunatic policies are no longer just a matter of Chinese domestic disaster but global catastrophe, and the rest of us share a global responsibility to contain the scourge that is the Chinese Communist Party.