Can Biden Correct Obama’s Mistakes in the Middle East? 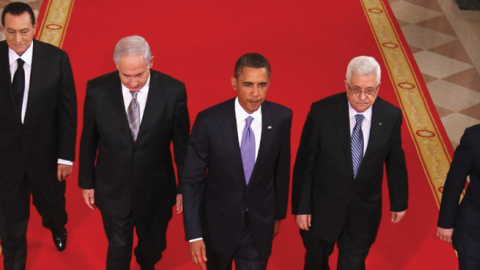 As President Biden traveled through the Middle East this week, he was caught between the demands of human-rights activists and pro-Palestinian campaigners and the hard realities of the U.S. national interests. His administration had hoped to revive the Iran nuclear deal while pressuring Israel over its treatment of the Palestinians and reducing American commitments to and engagement with the Gulf Arab states. That policy mix thrills Democratic Party liberal internationalists but ignores reality.

It collapsed under the weight of Iran’s using Mr. Biden’s commitment to re-enter the nuclear deal as cover for a massive buildup of weapons-grade uranium while strengthening its relations with Russia and China, and of the failure of Mr. Biden’s green-energy agenda in the face of spiking oil and gas prices. The president now seeks to strengthen old American alliances with countries like Israel and Saudi Arabia.

This won’t be easy. Arabs and Israelis alike remember the serial failures of the Obama administration: the disaster of its pro-democracy policy in Egypt, its misguided embrace of Turkey’s Recep Tayyip Erdogan as a leader of “democratic Islamism,” its failure to establish order in Libya after helping engineer the overthrow of Moammar Gadhafi, its dithering over the “red line” in Syria, its feckless acquiescence in Vladimir Putin’s reassertion of a Russian role in Syria. All eroded regional confidence in the wisdom and even the competence of America’s senior political leadership.