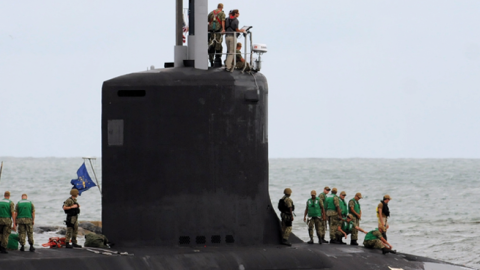 Russia is modernizing its nuclear weapons while saber-rattling on NATO’s eastern front, and China is in the middle of a nuclear strategic breakout while threatening Taiwan. Nevertheless, President Joe Biden wants the United States to roll back efforts to improve its nuclear deterrent—but in a remarkable act of bipartisanship, Congress has refused Biden’s plans for the rollback.

The Biden budget zeroed out funding for a weapon system meant to convince adversaries that a limited nuclear employment in a regional conflict would not be worthwhile. When congressmen questioned the Biden administration’s desired cut at such an inauspicious time, senior military leaders uniformly opposed Biden’s decision. Now Congress is restoring the program.

The Trump administration’s 2018 Nuclear Posture Review noted that Russia had calculated that the U.S. did not have a credible response if Moscow used a regional low-yield nuclear weapon. To deter Russia from employing any kind of nuclear weapon, the Trump NPR called for supplemental capabilities, including the nuclear Sea-Launched Cruise Missile (SLCM-N) and the W-76 low-yield submarine-launched ballistic missile (SLBM) warhead, "which has been at sea since 2020.
()":https://thehill.com/policy/defense/481345-us-deploys-submarine-launched…

There is no treaty that restricts theater-range nuclear weapons. While U.S. officials have sought to engage in arms-control talks with the Russians and Chinese about theater nuclear weapons, neither country has been interested. And it is no wonder why: Russia and China have invested heavily in theirs, while the United States has divested from this capability. Republicans in Congress have consistently questioned the administration’s view that the SLCM-N funding was unneeded—particularly given Russia’s unprovoked war against Ukraine while threatening nuclear employment against Ukraine’s Western supporters. Those lawmakers have good reason to question the president.

The Biden NPR remains classified, so the public is left wondering how the Biden team justified zeroing out the program. With Russia’s unprovoked invasion of Ukraine and renewed nuclear threats against NATO, how could there be a national-security justification for canceling the program? According to a report, a senior defense official said the decision was from “direction from the president to reduce the role of nuclear weapons in our defense strategy. That [decision to cancel SLCM-N] was a component.”

This ideological preference for a certain kind of strategy did not withstand scrutiny and serious analysis. One by one, senior military leaders responded to congressional inquiries by supporting SLCM-N.

General Tod Wolters, commander of U.S. European Command (now retired), affirmed that continuing the development of the SLCM-N would be his best military advice. He stated that he agrees with Admiral Richard’s assessment, explaining that “I know his words were attempting to drive home the fact that having multiple options exacerbates the challenge for the potential enemies against us.” In April 2022, in light of the president’s decision to cancel the SLCM-N, he stated that his view had not changed, explaining that “this president or any president deserves to have multiple options to deal with national security situations.”

General Mark Milley, chairman of the Joint Chiefs of Staff, wrote in 2019 that “I believe the NPR-recommended force structure changes, including the . . . nuclear-armed sea-launched cruise missile, are necessary to enable our flexible and tailored deterrence strategy . . . and enhance our hedging capability against an uncertain future.” In June 2022, after Biden’s proposed cut, Milley and Admiral Christopher W. Grady, vice-chairman of the Joint Chiefs of Staff, wrote a letter to Congress, wherein they said, “We continue to see value in pursuing the nuclear-armed sea-launched cruise missile to deter regional nuclear attack because of its distinct contribution. Nuclear weapons will continue to provide unique deterrence effects that no other element of U.S. military power can replace.”

The present realities, the historical evidence, and the analyses from experts, including senior military leaders, were more convincing than whatever the Biden team provided in the classified NPR. The chairman of the House’s Strategic Forces Subcommittee, Representative Jim Cooper (D., Tenn.), and fellow Democrats joined Republican supporters of the program to save it. They restored the $25 million for research and development of the cruise missile and another $20 million for the National Nuclear Security Administration’s work on the associated warhead—matching the amount allocated for the missile in the Senate’s bill. “No one can tell in an uncertain world what we will need, but it’s important to keep this option available,” said Cooper.

The world in 2022 is not the world of the immediate post–Cold War period or even of the last decade. With two near-peer nuclear adversaries and a threat calculus that seemingly changes daily, our times require sober U.S. leadership and decisions that result from honest assessments of the realities at hand. The Biden administration should learn from this lesson and adapt its nuclear policy by growing or changing the U.S. deterrent when military officials and experts deem it necessary.

Read in the National Review