DoD Is Running the Wrong Way in the Hypersonics Race 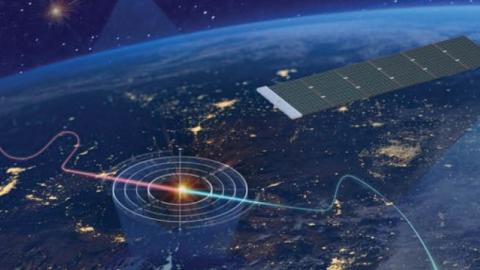 Advocates often cite Chinese and Russian development of first-generation hypersonic weapons and suggest the U.S. military is falling behind in the race for hypersonic superiority, not unlike the worry about a missile gap against the Soviet Union during the early Cold War. These fears are largely misplaced; however, due to the United States’ different geopolitical situation and strategy compared to its great power competitors. Even worse, the headlong drive to quickly field hypersonic weapons is causing the Department of Defense (DoD) to throw money at parts of the hypersonic portfolio with the least value for the U.S. military. In what could be a very flat budget environment following the COVID-19 pandemic, DoD may not have the funding to develop the hypersonic capabilities that are most useful in deterring Chinese or Russian aggression.

Capable of traveling at more than Mach 5, hypersonic weapons currently fall into one of two main categories. Boost-glide missiles are similar to long-range ballistic missiles, but their unpowered warheads fly a non-ballistic path after they are released above the atmosphere, using gravity to reach hypersonic speeds and maneuvering to avoid air defenses. Air-launched hypersonic weapons either act like boost-glide missiles by climbing high in the atmosphere to release a gliding warhead or act like traditional cruise missiles by using a combination of rocket and jet engines to reach and sustain hypersonic speeds.

Of the two variants, boost-glide missiles are the most technically mature and thus receive the lion’s share of DoD hypersonic investment. They are the variants reportedly in service with Chinese and Russian militaries and the U.S. Army and Navy plan to deploy boost-glide weapons during the next few years. The Air Force’s potentially more useful air-launched weapon is further behind but uses the boost-glide approach to reduce technical challenges.

Hypersonic weapons are not all hype. They could enable precise conventional attacks against important targets with a higher probability of success than today’s subsonic or supersonic missiles. But they are not invincible. Red-hot warheads moving at hypersonic speeds through the atmosphere can be detected by infrared sensors. Maneuvering to avoid air defenses will reduce the warhead’s speed, making it easier to track and hit with radars and surface-to-air missiles. And defensive systems near the hypersonic missile’s target may be able to destroy incoming warheads.

If air defenses improve, one response would be to overwhelm the defender with larger salvos or threaten more targets to dilute defenses. That won’t be an option with the boost-glide weapons being fielded by DoD, which will cost more than $50 million each, more than 20 times the price of a Tomahawk, 10 times that of a supersonic missile like the SM-6, and twice the cost of a ballistic missile interceptor like the SM-3. In its most recent budget, DoD proposed buying 39 SM-3s for national and regional missile defense. Because boost-glide weapons are considered part of the U.S. missile defense portfolio’s offensive component, it is unlikely the U.S. military could buy more than a dozen or so per year unless defense budgets are substantially grown or restructured.

Regardless of how many boost-glide weapons DoD can buy, the number deployed will be limited by the availability of ballistic missile-size launchers. Conventional hypersonic weapons launched from U.S. ballistic missile submarines or ICBM fields could be misinterpreted as a nuclear attack. DoD will instead deploy ground-based U.S. boost-glide weapons on tractor-trailer launchers in American territories like Guam, although no U.S. allies have volunteered to host American hypersonic weapons aimed at their aggressive great-power neighbors. At sea, the Navy plans to load boost-glide weapons on Block V Virginia-class submarines carrying the Virginia Payload Module. With 8 submarines initially planned to carry the module, about two would likely be deployed on a given day.

The utility of DoD’s small boost-glide weapon inventory will be further constrained by a narrow set of targets. Like ballistic missiles, the “throw-weight” of hypersonic weapons will be small compared to gravity bombs, with the U.S. hypersonic glide body expected to weigh only about 500 lbs. The kinetic energy of a hypersonic warhead can inflict more damage than an explosive, but the warhead must stay intact through impact. Without large explosive warheads, hypersonic missiles need much higher accuracy than today’s ballistic missiles to penetrate hardened or deeply-buried facilities such as leadership bunkers, command and control centers, or missile silos.

Hypersonic warheads may be more effective if they disperse small submunitions. This approach, reportedly employed by the Chinese DF-21 anti-ship missile, could enable the missile to damage or destroy relatively soft targets like unhardened buildings, radars, warships, or aircraft on the ground. Unfortunately, military commanders may not want to expend costly and scarce boost-glide missiles on these relatively small enemy assets.

Boost-glide hypersonic missiles may be useful to “home team” militaries of China or Russia that can base launchers on their own territory and use missiles instead of warships or bombers to attack U.S. forces in their region. High cost, limited basing options, and a narrow range of targets make hypersonic weapons less valuable to an “away team” like the U.S. military. DoD should, therefore, buy a modest number of boost-glide missiles, mostly for INDOPACOM, and shift the bulk of its hypersonic efforts toward more useful elements of the hypersonic portfolio.

Despite their technological immaturity compared to boost-glide weapons, air-launched hypersonic weapons would be a better investment for DoD. Leveraging their launch platform’s speed and altitude, air-launched weapons can be much smaller and cheaper than boost-glide missiles. They could be fielded in larger numbers and provide a more acceptable cost exchange against smaller targets like warships, missile launchers, or enemy troop formations that are likely to be used by Chinese or Russian aggressors.

The other part of the hypersonic portfolio DoD should prioritize is defense. As the away team in most conflicts, U.S. forces will likely receive more hypersonic attacks from China or Russia than deliver them. The key components of hypersonic defense are infrared and visual sensing satellites that can track hypersonic weapons from above, low-latency laser communications, and supersonic interceptors that can be located near likely targets or carried by aircraft in the vicinity.

DoD, however, lacks a clear plan for hypersonic defense, and the constituent activities and funding are scattered across multiple agencies and services. In its most recent proposed budget, DoD submerged the satellite program to track hypersonic missiles into the overall budget of the new Space Development Agency, reducing its funding in the process. The Missile Defense Agency and DARPA are independently pursuing interceptor programs, and multiple organizations are developing high-speed communications for hypersonic defense.

DoD leaders often characterize hypersonic weapon development as a “race.” Unfortunately, by reflexively mirroring our adversaries and failing to invest in the most important elements of hypersonic technology for the U.S. military, DoD is losing the race. DoD leaders need to start running in the right direction.