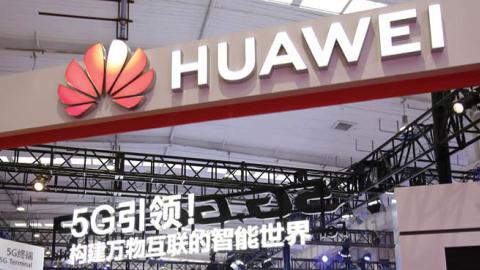 Government policy and investment can help Western telecoms pin Huawei down in the least-lucrative part of 5G.

By any objective measure, the U.S. telecom industry is well behind its European and Asian counterparts in fielding gear that will power 5G networks. Continuing to cede the 5G infrastructure competition to foreign providers, especially market leader Huawei, poses significant risks to U.S. sovereignty and security even if Huawei's equipment isn't in U.S. networks. Unfortunately, the Trump Administration’s 5G strategy appears to rely primarily on the hope that American 5G competitors will naturally emerge from a combination of export controls and market forces.

The Administration may be right—eventually—but U.S. alternatives to Huawei are unlikely to mature before the company solidifies a dominant position in 5G. Instead, the U.S. government needs to mount a more proactive approach using its ongoing efforts in the Department of Defense to attack Huawei up and down the 5G value chain.

A good start, but not enough

Thanks to state financial and regulatory support and its fully integrated “turn-key” approach to network sales, Huawei has established itself as the leader in worldwide 5G deployments with about a third of the market. The company also embedded itself in the 5G ecosystem, making the largest contributions to 5G technical standards and receiving more 5G patents than any other company.

Huawei’s market position makes it a security threat to U.S. and European communication networks. Although company officials deny it feeds information to the Chinese government, cooperation with Beijing is a requirement for companies based in the country. And even if the U.S. government keeps Huawei out of U.S. 5G networks, the company's international presence would enable it to impact allies' networks or access U.S. communications that spend at least part of their time overseas.

Protecting U.S. and allied networks will require keeping Huawei from dominating 5G. The Trump Administration’s recent actions suggest U.S. leaders hope export controls on semiconductors made or designed with U.S. technology will check Huawei’s progress or a global competitor to Huawei will emerge before the company restores its supply chains. Neither outcome is likely.

Export controls cut Huawei off from chips needed for the flagship phones that provide much of its revenue and the new 5G radios that offer low ownership costs to network operators. But Huawei is already investing in semiconductor supply chains within China and is likely redesigning its 5G network hardware and mobile devices to use chips that can be manufactured domestically.

Hopes for a Western competitor to Huawei hinge on the emergence of open radio architectures, or Open RAN, that connect mobile devices to 5G core networks. Several U.S. companies and industry consortia are pursuing Open RAN, but their offerings will not compete internationally unless they can achieve Huawei’s combination of low lifetime cost, ease of installation, and opportunities for future expansion.

Farther up the value chain, U.S. officials hope American cloud computing companies like Oracle, Cisco, Microsoft, or Amazon Web Services will begin building 5G infrastructure. The design of 5G architectures can virtualize many network functions and establish software-based services and sub-networks for specialized users like autonomous vehicle traffic management or telesurgery. The shift toward software providing most 5G functions is inevitable and will eventually commoditize radio hardware, but cloud providers are unlikely to enter the market until these demands emerge, and system integrators are available to marry cloud and radio equipment.

Open RAN and cloud alternatives target Huawei’s vulnerability as a vertically-integrated 5G provider, like IBM’s P.C. business two decades ago and other 5G manufacturers like Ericsson today. However, the alternatives will not emerge before Huawei can adapt and field its own version of them.

The Trump Administration’s trade restrictions create a window during which it should mount a coherent high-low strategy that creates viable U.S. competitors before Huawei can recover.

The low end of the strategy would attack Huawei in the 5G radio network market, which is ripe for disruption. Huawei’s tightly integrated radio systems are attractive to network operators but unnecessary given emerging hardware advancements. Like today's P.C.s, radio networks could be disaggregated as in Open RAN, with various parts being provided by different companies and integrated by a third-party vendor.

But Open RAN will not happen on its own. Moving quickly from open standards to market-ready offerings will require U.S. government demonstrations, such as those being mounted by the Department of Defense, to prove out the approach and spur the establishment of new network integrators. Moreover, investments in microelectronics like those envisioned under the CHIPs Act, American Foundries Act, and DoD Electronics Resurgence Initiative will be required to improve U.S. radio hardware to achieve competitive lifecycle cost and performance with Huawei.

The low end of the strategy may initiate a race to the bottom in 5G radio hardware but would force Huawei to defend its current position and slow improvements in its cloud computing business, where the company is not even a major player in China. The high end of the strategy would focus on this vulnerability, using expanded versions of DoD's current demonstrations to bring U.S. cloud computing companies into 5G network services and create network integrators to marry cloud processing with Open RAN radio hardware.

Hope is not a strategy, and the U.S. government needs to act if it is to capitalize on the slowdown export controls are imposing on Huawei’s march to 5G dominance. A high-low strategy could consign Huawei to building commoditized 5G hardware while catalyzing the emergence of U.S. competitors fielding software-based networks that are the future of 5G.