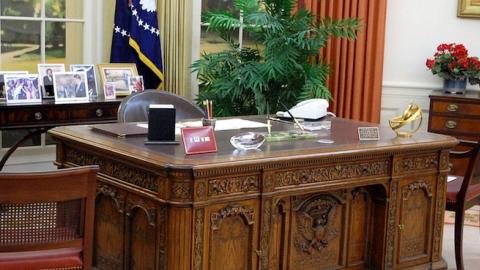 Republican governors who are running for president have made much of the fact that they have had executive experience as governors. They claim such experience prepares them to be president and those candidates without it, like Marco Rubio, thereby are not as qualified. The argument goes only so far, and that’s not very far at all.

The principal responsibility of the President of the United States is to be our Commander-in-Chief, to keep us safe. None of the presidential candidates has that experience; not Trump, not Cruz, not Bush, not Kasich, not Christie and not Rubio.

As the governor and ex-governor candidates are the principal proponents of the executive experience argument, it is fair to point out that none of them have had to decide any issue comparable to issues that the U.S. president has to decide: what to do upon learning that Russia has just invaded Georgia or Ukraine, or that ISIS has just taken over a large swathe of Iraq, or that China has declared sovereignty over international waters, or that China is building military facilities on shoals in international waters that other countries claim, or that North Korea has just launched a ballistic missile test or is about to have another nuclear test. Managing a large bureaucracy, a state or a real estate business, involves no duties similar to dealing in real time with issues like these.

Although having managed a large bureaucracy appears to be of relevance to the job of being chief executive of the U.S. government, that appearance is limited, if not entirely superficial. That is because office of president of the United States is uniquely tied to a federal political bureaucracy that is unique and unlike other bureaucracies in which the chief executive’s order is carried out faithfully by his subordinate. The president may have to persuade and cajole to have his will done by the federal bureaucracy. The exercise of executive power as president isn’t always as simple as that of a governor or a business executive who can say “you’re fired!”

Harry S. Truman became very familiar with this aspect of the U.S. presidency during his almost eight years in office. As Richard E. Neustadt recounts in his book “Presidential Power, the Politics of Leadership” (1960), as Truman was contemplating General Dwight D. Eisenhower winning the presidential election of 1952, Truman said, “He’ll sit here, and he’ll say, ‘Do this! Do that! And nothing will happen. Poor Ike — it won’t be a bit like the Army. He’ll find it very frustrating.” Of course, Ike’s previous experiences included heading a 10-million-man World War II American army.

Richard Nixon, like Truman, complained of the practical limitations of his power as president. He was frustrated by the fact that the bureaucracy repeatedly ignored his orders. He once reportedly exploded “I fired that guy three times!” when asked by a U.S. Senator to fire a very bad bureaucrat.

Running a huge military organization, a state government or a very large business corporation is very different than running the federal government as president.

The task of a voter in a presidential primary and in a presidential election is much more difficult than simply identifying whether an aspirant to the presidency has executive experience as a governor, as the top officer of a 10-million-man army or as the top officer of a large real estate company. The voter must ask himself whether the aspirant has knowledge about U.S. interests and capabilities around the world, understanding of how to persuade bureaucrats and fellow U.S. political leaders to work together with him toward the goals he sets, an appealing vision of a future for the American people and the United States role in the world, and the good judgment, moral grounding and common sense both to hold his ground and to compromise with others to advance the common good.