The Future of the Russo-Ukrainian War: Winter Cognitive Warfare 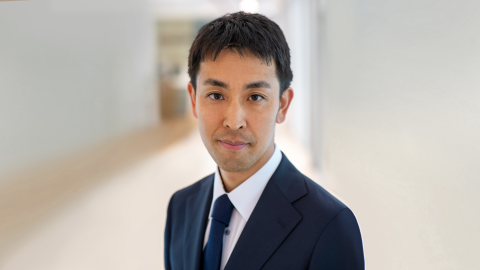 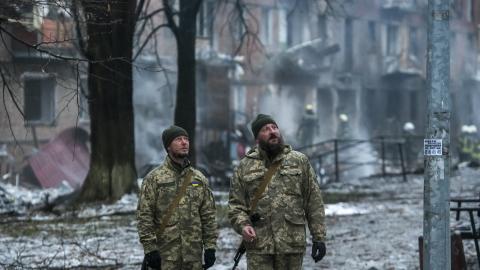 Caption
Ukrainian servicemen at a site of a residential building destroyed by a Russian missile attack near Kyiv, Ukraine on November 23, 2022. (Maxym Marusenko/NurPhoto via Getty Images)

This article appeared in Japanese in Yahoo! News Japan and Gendai Business.

Since the start of the Russo-Ukrainian war in February of this year, the Russian invasion has continued to fail, and the Russian military has fallen on hard times. There are indications that the Russian army's ammunition has already run out. In September, the Ukrainian army successfully launched a large-scale counterattack, and in November, Ukraine succeeded in retaking the area around the city of Kherson. In this situation, the concern is a winter cognitive warfare by Russia.

On February 24, 2022, Russian forces launched simultaneous invasions from three directions in northern, eastern, and southern Ukraine. In conjunction with this, Russian forces launched precision-guided missile attacks on major Ukrainian cities. However, due to the strong resistance of the Ukrainian military, the Russian invasion failed, and they withdrew from northern Ukraine in late March.

Russian forces shot down most of the precision-guided missiles and other high-tech weapons in the early stages of the invasion. Although Russia was the world's second-largest arms exporter before the war, Russia did not have the capacity to produce its own semiconductors for manufacturing high-tech weapons. And after the invasion of Ukraine, Russia has not been able to import semiconductors due to economic sanctions. As a result, Russia has been forced to convert semiconductors for refrigerators and dishwashers into weapons, falling into a difficult situation.1

In response to this situation, from May onward, the Russian forces made major operational modifications and concentrated their efforts in eastern Ukraine. The howitzer, a conventional weapon, played an active role here. Since May, Russian forces have concentrated their powerful howitzers in a small area in eastern Ukraine and have fired large quantities of ammunition at Ukrainian forces.2 The number of shells fired by the Russians during the May-June fighting appears to be between 50,0003 and 70,0004 per day. The Ukrainian army fired only about one-tenth of that number, and the Russians outnumbered the Ukrainians.5 The Ukrainian army suffered hundreds of casualties per day6, and Ukraine gradually lost territory in the east.

At that time, many publications in the United States reported the superiority of Russian forces and the plight of Ukrainian troops. Against this backdrop, on June 17, Ukrainian Foreign Minister Dmytro Kuleba wrote an article in Foreign Affairs magazine, appealing for assistance to Ukraine, saying Ukraine's most urgent needs are hundreds of multiple-launch rocket systems and various howitzers.7

In light of this, the United States has continued to provide Ukraine with weapons. As of early July, the United States announced support for 126 155mm howitzers and 12 HIMARS (High Mobility Artillery Rocket Systems),8 which were successively delivered to Ukraine.9 The Ukrainian forces were also provided with training support to enable them to operate the HIMARS. The HIMARS has a longer range than howitzers and can attack Russian military headquarters and ammunition depots far from the front lines.

The Ukrainian military, provided with HIMARS, launched a counterattack, destroying about 50 Russian military headquarters and ammunition depots by late July.10 These attacks reduced the logistical capabilities of the Russian forces, and, in turn, their ability to fight.11 It is estimated that the Russian army's stockpile of more than one million rounds of howitzer ammunition was mostly depleted between May and August. As a result, the Russian army was self-destructive and forced to retreat from many occupied positions in response to the Ukrainian counterattack.

The success of the counterattack by the Ukrainian forces is due in large part to the provision of military intelligence by Western countries. In order to fire targets tens of kilometers away, accurate information on the location of Russian military units, ammunition depots, etc. is necessary. Such information is collected by manned and unmanned intelligence-gathering aircraft and military reconnaissance satellites of Western countries and provided to Ukraine. In addition, commercial satellites, electromagnetic intelligence, social media, and other new methods not used in previous wars are being used.

For example, when Russia announced that it had begun pulling its troops back from the Ukrainian border in mid-February, just before the invasion began, the NATO Secretary General strongly denied it, citing commercial satellite images. Regarding Russian military atrocities in Bucha, Western news outlets analyzed commercial satellite imagery and established that human bodies were on the streets and mass graves existed prior to the withdrawal of Russian troops.13

Thus, in the Russo-Ukrainian war, commercial satellite imagery, electromagnetic intelligence, and social media have revealed the activities of Russian forces and their precise location in ways unprecedented in the history of warfare.18

In order to recover from this impasse in Russia's offensive, there is concern that Russia will engage in winter cognitive warfare in the future.19 Cognitive warfare refers to a fighting style in which the cognition of the human brain is affected to influence the will of the opponent, thereby creating a strategically favorable environment or bringing the opponent to its knees without a fight.

These Russian plans are about to become a reality in this winter. European countries have been cut off from Russian natural gas, have seen energy prices skyrocket, and political, economic, and social conditions could change dramatically depending on how cold this winter turns out to be21. Russia is trying to take advantage of this situation through a state-sponsored media campaign to undermine military and economic aid from Western countries to Ukraine.22

Such Russian cognitive warfare has already been successful in African countries. Early in the war, news about the plight of African students studying in Ukraine became so popular that the hashtag #AfricansInUkraine trended on Twitter. Russia took advantage of this situation to spread false information and worsen the reputation of Ukraine in African countries.

This false information has led many African countries to support Russia and blame Ukraine in public opinion. Many African countries opposed or abstained from the UN resolution condemning Russia, and some analysts believe that this was partly due to Russia's cognitive warfare.23

Terrorism from Above Targeting the Cognition of the Ukrainian People

Russia, which has fallen on hard times due to the depletion of various types of ammunition, has reportedly begun purchasing ammunition from North Korea. On November 2, White House National Security Spokesman John Kirby officially accused North Korea of secretly supplying a significant number of artillery shells to Russia. Intelligence indicates that North Korea is attempting to obscure its supply methods by supplying ammunition to Russia via countries in the Middle East and North Africa. However, the general view is that the Russian military's strength has been greatly reduced and that even if such supplies of ammunition are made, they will not significantly change the future of the war.25

Russia has purchased drones and missiles from Iran and launched new air strikes in order to escape this predicament.26 Since October, Russian forces have conducted missile and drone strikes against cities and electrical infrastructure throughout Ukraine. The attacks have reportedly shut down half of Ukraine's power generation capacity, leaving some 10 million Ukrainians without electricity.27 In addition, transmission and substation facilities have been damaged, making it difficult to import electricity from neighboring countries.28 As a result, Ukrainian citizens will be forced to live harshly in the cold of the coming winter.

Such air attacks have historically been referred to as terrorism from above. This is a type of terrorism carried out via the skies, similar to terrorism from below, in which terrorists target civilians. The essence of terrorism is fear, and the goal is to inflict psychological damage on the opponent, not physical effects. Russia is targeting the psychological aspects of the Ukrainian people in an attempt to force them into a peace agreement that is detrimental to Ukraine.29

Such aerial attacks targeting civilians have a 100-year history. Since the Wright Brothers' first flight in 1903, attention has focused on the military use of aircraft. In the 1920s, military theorists argued that bombing enemy civilians with aircraft could easily win the war, as fear-driven citizens would insist on surrendering.

History has proven, however, that bombings targeting civilians are ineffective and even counterproductive. In World War II, German bombers bombed London and other British cities. Nevertheless, rather than insisting on surrender, the British people of the time united under Prime Minister Churchill and decided to fight back against Germany. The US military destroyed 90% of North Korea's power plants in the Korean War, almost all of North Vietnam's power plants in the Vietnam War, and 90% of Iraq's power plants in the Gulf War, but these bombings are said to have had no significant impact on the end of the war.30

Thus, air attacks targeting civilians, known as terrorism from above, are not only outrageous and unethical but have proven to be militarily ineffective throughout history.

Two major attacks by Russian forces against Ukraine have been unsuccessful. Around May and June, a successful attack by concentrated howitzer fire by the Russian army reported the predicament of the Ukrainian military. However, the Ukrainian military successfully counterattacked, utilizing weapons such as HIMARS and military intelligence provided by the West.

The winter cognitive warfare is what the beleaguered Russian is counting on. Russia is targeting European countries where energy prices are skyrocketing and trying to disseminate various false information in order to break their support for Ukraine. It is also engaging in terrorism from above, attacking Ukrainian power generation facilities and targeting the cognition of the Ukrainian people.

However, history has proven that wars cannot be won through such terrorism. Nor will European governments and citizens be easily influenced by Russia's cognitive warfare. This winter's Russo-Ukrainian war will depend on the unity of Ukraine and the international community in support of Ukraine.

This article appeared in Japanese in Yahoo! News Japan and Gendai Business.