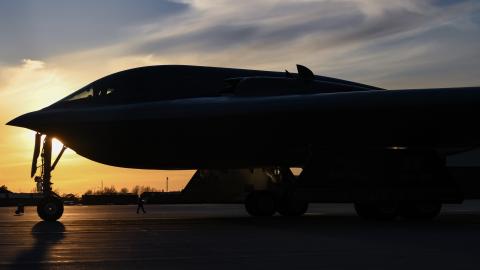 On February 24, 2022, Russia started the largest European war since 1945 as it intensified its invasion of Ukraine to a new level and threatened escalation to nuclear war. Though Vladimir Putin has not detonated a nuclear weapon, he used, and continues to use,1 his nuclear arsenal to threaten the United States and other NATO nations against continuing to support Ukraine’s defense. Through pre-invasion nuclear saber-rattling, verbally threatening to employ nuclear weapons on the battlefield,3 and putting such weapons on alert,4 Russia caused President Joe Biden and his administration to declare repeatedly their fears of “World War III”5 and to adopt a gradual, highly cautious approach to helping Ukraine. The White House has chosen to provide only weapons suitable for operations to allow Ukraine to achieve some tactical victories and prevent Russia from a quick and final victory,6 but this aid does not allow Ukraine to achieve and sustain the military victories necessary to win the war.7

Thus, Russia appears to have successfully used nuclear threats to deter the United States from certain actions that are on lower levels on the spectrum of escalation, enabling itself to control escalation8 to serve its aims. Russia’s explicit and implicit nuclear threats deterred US officials from providing Ukraine with real-time targeting data and heavy artillery early in the war9 and electronic warfare capabilities later in the war.10 The nuclear threats also caused US officials to press Ukraine not to hit Russian targets deep behind Russian lines.11Russian officials have ample grounds to conclude that their nuclear coercion has affected the course of the war in their favor.

A consequence of Russia’s successful nuclear coercion is that the fighting may become unnecessarily protracted and further strain NATO unity.12 As the war drags on, fractures in NATO could become more prominent, which increases risks that Russia miscalculates and assesses that it could successfully attack a target inside a NATO country, perhaps one of the Baltic states, thinking that NATO would not come to that smaller ally nation’s defense.13 By taking the more risk averse approach at the start of the war, as the White House did, risk has not decreased entirely. Instead, the Biden administration simply shifted it further to the right and compounded its potentially devastating impact.

Russia’s deterrence efforts against the United States are especially troubling in light of Moscow’s strategic ties to the People’s Republic of China. Admiral Charles Richard, the commander of the US Strategic Command, has warned of the collaboration between China and Russia.14Notably, Russia’s war against Ukraine has not caused China to stop its joint military drills with Russia.15 The China-Russia convergence is occurring as the PRC dramatically expands its nuclear arsenal, which Admiral Richard has characterized as a “strategic breakout.”16 Admiral Richard has noted that the United States developed the current plans for its nuclear weapons program before China adopted its current, highly aggressive strategy.17 And the deputy commander of US Strategic Command, Lieutenant General Thomas Bussiere, has warned that China will surpass Russia as the United States’ top nuclear threat in the next few years.1818 Thus, the US should be willing to supplement or alter its current strategic deterrent capabilities to successfully deter both China and Russia, as well as rogue states like North Korea and Iran.

US government strategists have long held that successful and morally acceptable deterrence relies on counterforce targeting. This means that the US threatens opponents’ military forces, command and control centers, and leaders—not their civilian population centers. Driving this point home, Keith Payne and David Trachtenberg write, “For over five decades and on a fully bipartisan basis, the United States has explicitly rejected a ‘counter-city,’ ‘minimum deterrence’ policy—sometimes also referred to as an ‘assured destruction’ threat—despite its relatively modest retaliatory force requirements, because of its potential incredibility as a deterrent and its moral repugnance.”19

Counterforce deterrence has three main characteristics. In 1974, then Secretary of Defense James Schlesinger explained, “One, the opponent should see no vulnerabilities or asymmetries in the force balance between the two sides that he can exploit; two, we should have the ability to clearly indicate the strength of our resolve and, three . . . if deterrence should fail, we should have the ability to terminate that conflict at the lowest levels of violence.” Counterforce deterrence is exactly that—deterrence, though critics argue that it is essentially synonymous with plans to fight a nuclear war. Critics who oppose shifting strategies, adding to, or otherwise strengthening the US nuclear force to more credibly hold at risk the growing number of potential enemy targets, misunderstand strategic deterrence. This misunderstanding has meaningful implications.

A counterforce posture can withstand an adversary’s first strike and still hit what the adversary values most. Counterforce also offers the possibility of controlling escalation if deterrence breaks down, as the United States aims to keep the war on the lowest levels of violence and destruction possible. What matters is convincing the opponent of what the US could and would credibly do in a variety of contingencies. The US might invite aggression if it (1) fails to shape opponents’ calculations so that he perceives no asymmetry to exploit, (2) fails to convince opponents of its resolve, or (3) fails to invest in and maintain a deterrent that enables the US to terminate that conflict at the lowest level of damage possible if deterrence fails. While Washington adjusts to the shifting threat environment—which includes two rivals that are relying more heavily on their nuclear weapons to achieve their revanchist aims—it needs to adapt its deterrent. Adapting the deterrent is complex and difficult work, but its difficulty is no excuse for choosing a simpler albeit ineffective and dangerous path that could lead to a calamitous war that ends in US defeat.

In 2018, the Trump administration released the last Nuclear Posture Review (NPR), which recommended continued investments in the Obama administration’s modernization plan. It also recommended supplemental nuclear capabilities in response to Russian threats to lower the nuclear threshold of attack. The supplemental capabilities sought to raise the nuclear threshold. But strategists conceived of that nuclear posture before Russia’s current war of choice against Ukraine, before China’s strategic breakout, and before mounting evidence showed that the two authoritarian revanchist nations were more than occasional partners. Those 2018 plans are still necessary, but they are insufficient if the US is trying to account for the plausible and yet unknown scenarios that could occur in the next few years, let alone the next decade. The Biden administration has maintained the bipartisan nuclear modernization effort, but it canceled one of the supplemental capabilities that the military says it needs to raise the nuclear threshold in a potential war. This decision raises serious questions about the administration’s willingness to compete in the new geostrategic environment.

The reality is that the United States faces two sophisticated, hostile, and nuclear-armed powers that want to dismantle US-led alliances and replace the US-led system of commerce and trade. The two countries could also coordinate their nuclear-backed strategies against the US to advance their revanchist aspirations. Russia and China are significantly different and sometimes distrust each other, so some strategists conclude that these powers would probably not coordinate nuclear attacks (either sequentially or simultaneously). But mounting evidence shows that such coordination is plausible, and the potential risks are so great that America needs a strategy that can confront both nuclear powers sequentially and simultaneously. Even without coordinating they could leverage one another’s nuclear arsenals for their advantage.

By treating Russia as the only nuclear peer adversary and discounting China as a lesser nuclear threat, the US would effectively abandon a credible counterforce deterrent. This path would also leave the US president with few acceptable options in case adversaries choose nuclear brinksmanship. In the most nightmarish scenario, China and Russia could attack simultaneously, or they could use nuclear coercion against a target in their region, which would threaten most US strategic systems. After a simultaneous attack by two nuclear peers, the United States would have a very small nuclear arsenal with which to respond. Even if decision-makers conclude that these scenarios are remote, they are far less remote now than they were five or ten years ago. Their plausibility also makes the US far more vulnerable to nuclear coercion.

By learning from Moscow’s nuclear coercion and the Biden administration’s risk aversion in defense of Ukraine, while taking the China-Russia convergence into consideration, Washington can better adjust its nuclear posture. While each American president’s risk tolerance could vary, making adjustments to the US strategic deterrent could grant the president and future presidents more options so that he would be much less susceptible to Chinese nuclear coercion if Beijing were to employ a similar strategy in a campaign against Taiwan. But failure to learn or adjust would increase the risk that a US rival would employ a nuclear weapon and usher in a new a perilous age of nuclear warfare.

Heinrichs thanks Kennedy Lee for her assistance in support of this document.