Lessons From the Loss of ARA San Juan 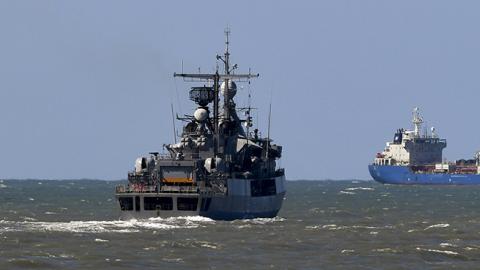 Operating in the waters of the South Atlantic, the Argentine diesel-electric submarine ARA San Juan lost contact with its base at Mar del Plata on 15 November. The boat was built in West Germany and commissioned in 1985. To extend San Juan’s service life, the San Juan’s engines and batteries were replaced between 2008 and 2013. Five years to refurbish a relatively small diesel-electric boat is a very long time: by comparison, almost three years is the normal period needed to refuel and overhaul a nuclear-powered U.S. aircraft carrier, a vessel whose displacement is about 50 times that of an Argentine submarine. Argentina’s navy confirmed that their current effort is to find San Juan’s wreckage. The 44 sailors aboard perished. The loss is a national tragedy for Argentina.

The event will likely be considered one of the 21st century’s significant naval accidents. Only the 2000 Kursk disaster and Chinese submarine 361 incident are comparable. Argentine and international efforts deserve praise: a host of American and European states sent aircraft, ships, and other forms of assistance in search and rescue operations.

The formal investigation will likely provide answers, but it is reasonable that insufficient funding and force hollowness were important causes of the San Juan’s sinking.

Argentina’s current naval crisis is striking considering its history as a maritime state. Since its founding in 1810, Argentina established itself as a regional naval power. Irish-born Admiral William Brown used creative tactical and operational techniques to help his adopted country survive against various European and regional powers. The modernized Argentine fleet of the 1890s, matched only by its Chilean rival’s capabilities included three 6,000-ton Italian-built armored cruisers, along with multiple small surface combatants and torpedo boats. After the pre-First World War South American dreadnought race, the Argentine Navy once again fell into decline until the late 1920s, after which a $60 million building program created a fleet with two modernized dreadnoughts, multiple cruisers and destroyers, a naval air service, and submarine service.

Although Argentina did not attempt to match the overwhelming preponderance of the U.S. Navy, it remained a preeminent Latin American naval power for much of the Cold War. Brazil and Argentina are the only two Latin American nations to field aircraft carriers – the Argentine navy operated the Colossus-class Veinticinco del Mayo until 1997.

The Falklands War marred the Navy’s international reputation. However, events could have gone the other way. A delay of several months would have eliminated both British aircraft carriers through planned defense cuts, while more time for preparation would have provided the Argentine navy with additional Exocet missiles, Super Etendard naval strike fighters, and German-built surface combatants and submarines.

Argentina’s post-war naval modernization strengthened of its navy well into the early 1990s, with MEKO 360 and 140 surface warships serving as the fleet’s core, while its submarine force included two TR-1700-class diesel-electric boats, some of the fastest in the world at the time of their commissioning. Such naval capabilities enlarged the Argentine navy’s reach. Argentina was the sole Latin American state to contribute to the First Gulf War. Regionally, Argentinian ships participated in UN-mandated missions throughout Latin America, including in the 1994-1995 American-led Operation Uphold Democracy in Haiti.

Funding cuts have led to steep force decline over the past two decades, triggered by the 1998-2002 Argentine depression. Poor finances forced the Argentine navy to deploy only 15 ships out of 42. Those 15 ships spent an average of 11 days at sea in 2013. A shortage of spare parts stranded the ARA Espora in South Africa for 73 days in 2012. All Argentine MEKO 360-class destroyers are short on spares, and field expired ordinance. The fate of the ARA Santisima Trinidad represents the fleet’s overall condition. The destroyer served in the Falklands War and was awaiting decommissioning in 2013 when she sank in port at her moorings.

The condition of the Argentine Navy’s submarine force is particularly poor. Argentine submarines spent only 19 hours submerged the entirety of 2012. A normal person would get rusty at driving the family car with only 19 hours behind the wheel each year. A submarine is far more complex than your Chevy SUV. With inconsistent operational experience and insufficient training and modernization funding, major accidents become probable, not simply possible.

Argentina’s experience demonstrates the long-term effects of a hollow force. Military preparedness and operational competency require consistent training, readiness, and modernization funding, not fits and spurts of financing. NATO naval forces can take note. Britain’s high-profile aircraft carrier will have little operational effect absent a properly funded escorting fleet – a fleet that, like our own, currently has fewer combat ships than flag officers. Canada’s naval forces suffer similar issues: without a full refit of its surface combatants, the RCN is at risk of abandoning its critical role in NATO operations.

Most important, the United States can draw lessons from Argentina’s current naval crisis. Although the precise cause of the San Juan disaster may only be known after an investigation, the correlation between a hollow force created by declining funding, poor training, and training accidents is clear. Today, U.S. force hollowness is clearest in the Marines’ Air Wing.

The USMC’s unofficial motto, Semper Gumby, equates to “always flexible,” indicating the service’s adaptability in the face of adverse combat situations and undersized budgets. Particularly in the past twenty years, budgetary adaptability has defined Marine combat operations. Marine ground forces supplemented an undersized U.S. Army from the beginning of the Iraq War. In particular, 4,000 Marine infantry were critical in gaining control of Anbar province during the 2007 surge – their success allowed the five additional Army Brigade Combat Teams to focus exclusively on stabilizing Baghdad and Diyala province.

Marine Aviation also played a similar role in Iraq, supplementing U.S. Air Force attack aircraft throughout the conflict. The USMC’s emphasis on ground combat and close air support have made Marine aviators particularly effective in counterinsurgency operations – lessons from dozens of insurgent, low-intensity conflicts shape the Marines today. Nevertheless, a constant operational tempo takes its toll. This past August, USMC Commandant General Robert Neller grounded all Marine aircraft for 24 hours after two fatal crashes. Neller’s decision came after years of funding shortfalls, caused by contingency operations in Iraq and Afghanistan. Marines were forced to neglect maintenance and repair in favor of completing combat missions. As the American drawdown in Iraq and Afghanistan began, policymakers slashed the Marine’s budget from nearly $700 billion in 2010 to $560 billion in 2015.

The personnel parallels with Argentina’s submarine force are even more striking. Former USMC deputy commandant Lieutenant General Jon Davis, noted last year that the Marines have experienced “a decrease in flight hours per month per aircrew and an uptick in its mishap rates.”

Combat aviators require 16.5 hours or more of training per month to remain proficient for deployment. Marine aviators receive between seven and eleven hours monthly. At that point, basic skills begin to decline, resulting in training deaths and poor operational performance. A consistent operational tempo despite a decline in force size, along with budget cuts, has led to greater strain on personnel during deployment and less training between deployments.

U.S. policymakers and the American public continue to ignore growing force hollowness in their military services. However, signs exist that hollowness may be expanding beyond Marine aviation – the Navy’s surface fleet is showing similar signs of strain. Funding cuts and force hollowness have a human toll, a lesson the sixteen families who lost a serviceman in the July crash of a Marine Corps KC-130 transport, the families of the seven dead on the USS Fitzgerald, the ten fatalities aboard USS John McCain, and the loved ones of those who perished on the San Juan, intimately understand.

The fate of the ARA San Juan is a reminder of John Donne’s haunting admonition never to ask for whom the carillon knells.