No, the Pope and His Mother Aren't Off Limits 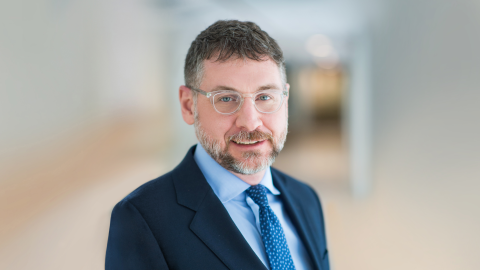 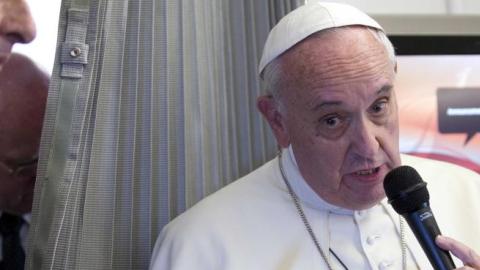 Caption
Pope Francis speaks to the press aboard a plane during his trip to the Philippines on January 15, 2015. (ALESSANDRA TARANTINO/AFP/Getty Images)

As a rule, a pope should try to avoid saying stupid things. And in general, we have become accustomed to reading the nuanced, layered meanings found in their words. Hence the ongoing interpretive debate among conservative and liberal writers over Pope Francis’s underlying meanings and positions on social and economic policies.

But there can be little debate over the meaning of the pope’s recent comment, in regard to the slaughter of French journalists for publishing satirical cartoons about Muhammad: “there is a limit to freedom of expression.” While condemning the murders, the pope explained: “One cannot react violently, but if [someone] says something bad about my mother, he can expect a punch. It’s to be expected. There are a lot of people who speak badly about other religions. They make fun of them. What happens is what happens with my friend [who insults my mother]. There is a limit.”

The analogy itself was absurd: a barroom punch in the nose for a taunt about one’s mother is not in any way comparable to the execution of 12 people, or one person, for an “insult” to one’s religion, or politics, or anything else.

The “insults,” even if mocking and crude, in the magazine Charlie Hebdo were designed to provoke debate, discussion, and questioning of the underpinnings of radical Islamist thought (as they have been when directed at other religions), and to draw attention to violent expression of that thought. Many in France, Muslim and non-Muslim alike, no doubt objected to the depictions of Muhammad and other religious figures found in the magazine. Presumably they have expressed their disagreement by not buying it.

But the pope’s comments went beyond a strained analogy. They were also counterproductive. To suggest “limits” to free expression is to undermine the ideological battle against radical Islam. The West cannot participate in that battle in any meaningful way without adhering to Western principles, without contrasting western principles with those of the Islamists — most of all, without believing in the rightness of Western principles above those held by the Islamists.

Even more directly, the battle cannot be won within Islam by (truly) moderate and peaceful Muslims without the freedom to question the doctrines of the radicals and to offer differing interpretations of their religion. It cannot be won without the ability to explore, as Pope Benedict explained in his Regensburg lecture, the relationship between faith and reason, “the inner rapprochement between Biblical faith and Greek philosophical inquiry.”

Those questions and interpretations are understood by the radicals (always looking for some reason to be aggrieved) to be blasphemous, to be insults to Islam. Negotiation, debate, argument, compromise, balance are all wholly missing from Islamist political movements. This totalitarianism, like every other totalitarianism, seeks obedience and submission and limits on thought rather than debate and rationality.

Free debate requires free expression. As expression is limited, so too is debate. When debate is limited, the resolution of conflicting ideas and values is pushed further toward violence. Radical Islamists resolve debate by beheading those who do not share their beliefs. Would the cartoonists at Charlie Hebdo be alive today if they had not published their cartoons? Almost definitely. But the cartoons and their “insults” were merely an excuse in the Islamists’ war with the West and modernity.

Self-censorship is not a long-term path to self-preservation — let alone victory — in this struggle.