Regional War and the Middle East

Hillel Fradkin and Lewis Libby on the Looming Crisis 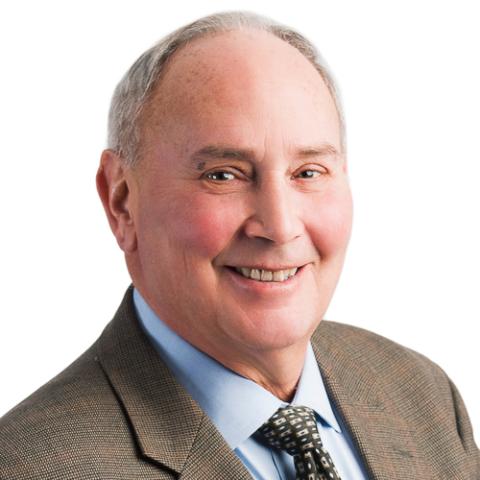 Hillel Fradkin
Senior Fellow and Director, Center on Islam, Democracy and the Future of the Muslim World 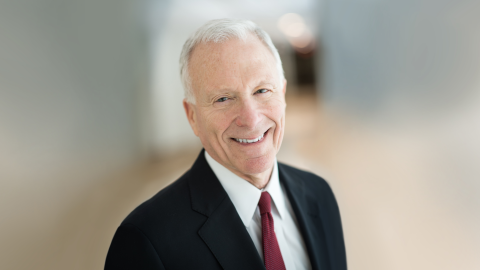 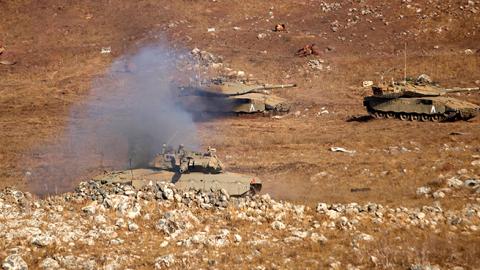 Optimism is hazardous in the Middle East.  Still, some take solace that we have passed the days of general regional war of the kind that we saw in the Johnson and Nixon administrations, when major Middle Eastern armies squared off, Israel tottered, and radical leaders threatened to unite Islam against the West.  Instead, the region has dissolved into a series of border clashes and ugly civil wars.  But beneath today’s mayhem the balance of power has been shifting; and in time, left undisturbed, current trends may lead to where general war looms once again, only now in a nuclear context.

The prospect of just such dangers motivated Israel to send delegations to Moscow and Washington in recent weeks.  In today’s 24-hour news cycle world, one marked by casualty counts and the rubble of obscure Syrian villages, governments often find it hard to look out a few months, let alone a few years.  But if leaders, such as Netanyahu, do so, the long-term prospects are daunting.

Some 50 years ago, the Middle East was the scene of a major war, known as the Six Day War, that pitted Israel against several Arab nations, including Israel’s neighbors, Egypt, Syria, Jordan and Lebanon.   Defeat in the Six Day War only fueled Arab anger, and for the next half-dozen years another general war loomed, until, in 1973, Israel defeated several Arab states again in the Yom Kippur War.   With that Arab defeat, the expulsion of Soviet influence, and an increasing America role, prospects of general war receded for decades.

Today, unlike 1967, Egypt and Jordan have reached peaceful terms with Israel, while Syria and Lebanon, as well as much of Arabia, exhaust themselves in civil discord.  Even the more distant Gulf States, including Saudi Arabia, see a powerful Israel as a possible ally, not a threat.  Indeed, unlike May 1967, the Israeli military today is widely recognized as a regional superpower, both in conventional and rumored nuclear forces.  Meanwhile, the Russians are on good terms with Israel, and America, unlike in 1967, calls Israel an ally.

Nonetheless, prospects for a general Middle East war, while still not imminent, may now once more be on the rise.  Events leading up to the Six Day War help to explain one reason why.   Three major factors set that war in motion: aggressive Muslim states with large forces poised for attack, Soviet meddling, and a history of weak American policy.

In 1967, the Soviet Union, deeply involved in the Middle East, sought to aid its client government in Syria.  So the Soviets spun a tale about a supposedly imminent Israeli attack, whipping the region into a false hysteria.   That spark found ready tinder in the posturing of Arab states, who set their armies at the ready.   Egypt’s ambitious president, Gamal Abdul Nasser, vying for leadership of the Muslim world, fanned the flames of a major war that neither he nor the Soviets may have wanted.  But, through their massive miscalculations, war came nevertheless, abetted by the feckless and shortsighted policy of the United States.  Israel’s brilliant and unexpected battlefield successes in June 1967 saved it from extinction and began a chain of events that led to the 1973 war.

Today, once again, Russia seeks to save a client government in Syria, the government of Bashir al Assad.   While serving Russian interests, this has also inescapably encouraged the designs of the Islamic Republic of Iran, with its own vast imperial ambitions, and its sights set on Israel.

Iran trumpets its intention to destroy Israel and, like Nasser in 1967, declares itself the leader of the Muslim world.  Concocting the lie that the Syrian civil war stems from an Israeli plot, one supposedly abetted by an America effort to divide the “Muslim World,” Iran declares itself the leader of “resistance” to Israeli designs and the protector of Muslims.  But the thousands of Shia fighters that Iran has deployed to Syria also serve another historic Iranian goal—extending its reach directly to the Mediterranean.

In fact, Syria is now a country increasingly occupied by Iran.   As the successful American-led campaign against the Islamic State in Syria drives jihadists out, Syrian/Iranian forces are rushing to seize the abandoned territory.  As a result, Iran, Israel’s implacable enemy since 1979, is now poised to place forces in striking distance of Israel’s borders.

And Israel has noticed.  Prime Minister Benjamin Netanyahu recently told UN Secretary General Gutierres that “Iran is busy turning Syria into a base of military entrenchment, and it wants to use Syria and Lebanon as warfronts in its declared goal to eradicate Israel.” Israel has not had to face such a situation since its decisive victories in 1967 and 1973.   Netanyahu went on to say, “This is something Israel cannot accept.”

“It is our right not to allow this noose to tighten around Israel,” Netanyahu asserted.  The current situation is not the same noose that Israel faced in 1967, but it is a noose nonetheless.

The Israelis have recently undertaken to make that case with the Russians as well as the Americans.  Prime Minister Netanyahu recently visited Russia with Israeli intelligence officials to show that Iran is seeking the “Lebanonization of Syria,” a menace Israel cannot tolerate.

The outcome of this trip was hardly reassuring.  According to the Russian paper Pravda, Putin said that “although Israel is an important partner in the region, Iran is Russia’s strategic ally.” Pravda went on to say that Russia will continue to strengthen that strategic alliance.

A similar Israeli delegation visited American security officials with the same case and message.   Given that the Iranian agenda advanced markedly during the Obama presidency, even the strongest assertions from the new Trump team cannot completely assuage their unease.

Short-sighted American policy during the Obama years repeatedly weakened the Arab states and empowered Iran.   First, President Obama readily quit Iraq, thereby leaving its government subject to Iranian influence.  He undermined American credibility by abandoning Libya, with whom the Americans had reached terms, and the Arab leader with whom America had the most well-established ties, President Mubarak of Egypt.  Declaring Syrian leader Assad a foe who must be driven from office, Obama then declared the Syrian conflict to be “someone else’s civil war.” He only became partially involved when the rise of the Islamic State and its conquests in Syria forced his hand.

Moreover, Teheran’s aggressive actions were abetted by Obama’s obsession with reaching a deal with Iran on its nuclear programs.  Within his administration there were those who argued for a more vigorous policy in Syria.  Their arguments were frequently rejected on the grounds that such policies would undermine progress toward a nuclear deal.  Consequently, other Iranian transgressions were studiously ignored.  The billions of dollars that the Obama administration transferred to Iran as part of the ultimate settlement now offer fuel for future Iranian troublemaking.  President Obama viewed such trouble philosophically, stating in an interview that it was up to the Middle East’s Sunni and Shiite Muslims themselves to sort out their differences and achieve a “balance.”  Thus far that balance has meant the extension of Iran’s empire and the encouragement of Iranian ambitions—suggesting an ever more problematic future.

The Iranian win streak may soon extend much wider.  Several years ago Iran’s interests in Syria were in great jeopardy.  As Assad’s position stabilizes, Iran will be freer to push its interests elsewhere, including in Iraq, already feeling the Iranian hand.   Seeking to further its claim to champion Hamas and Palestinian interests, Iran may extend its reach into the West Bank or Jordan, further disrupting Israel’s security prospects.  So, too, will Iran have leeway to press its case in the Persian Gulf states, including with the large Shia population of Bahrain, and in the southern Arabian Peninsula, where Iranian interests are already at work in Yemen and along the Red Sea.  Iran’s successful model of fueling Hezbollah-like insurgencies is a movable feast.  In short, the makings of a major Sunni-Shia clash loom, as well.

This is the situation that the administration of President Trump inherited, a situation he reasonably described as a “great mess.”  It helps explain the important symbolism of his trip to meet Arab leaders in Riyadh and of their warm welcome of him.  The President has also made abundantly clear his support for Israel.  But how will President Trump and his advisors deal with the region as its long, cruel wars continue to drain American lives, resources, and patience?   This is the source of much debate in the parlors of the Middle East.

Key Trump administration figures, including notably Generals Mattis and McMaster, have been emphatically on record as considering Iran to be America’s principal adversary in the Middle East.  Nor does one have any reason to doubt their conviction on this point.  Men under their command were killed and maimed by Iranian proxies as well as terrorists abetted by Syria’s Assad.  Secretary Mattis recently gave moving testimony to his love and appreciation of our troops in remarks in Jordan.

But, as Israel well knows, America faces many distractions, including the need to destroy ISIS and stabilize Afghanistan, both of which have received great attention in recent weeks by the Administration.

That is why, looking back 50 years, the current round of Israeli diplomatic missions bears some resemblance to Israeli diplomacy on the eve of the Six Day War.  Israeli diplomats, especially then-Foreign Minister Abba Eban, went cap in hand to foreign governments, including France and the United States, to explain Israel’s desperate plight given the large Arab armies—egged on by the Russians—poised just beyond her borders.

In 1967, the Israelis were rebuffed at every turn.  In the end, President Johnson offered no resolution to Israel’s fears, warning Israel not to act.  Israel “would not be alone unless it decides to go it alone,” Johnson warned.  In the end Israel felt compelled to “go it alone” to save itself from destruction.

Now 50 years later, Israel faces the prospect that current trends could again produce large Islamic forces on her border, while Russia stirs trouble, and the American public is reluctant to intercede in the broader region.   These turns may not happen tomorrow or even next year.  But this will in fact be the most likely mid-term result if Syria is abandoned to Iranian designs while Russia expands its naval and air bases and its interests in the region.

Adding to such woes along Israel’s borders are growing threats in Lebanon and Gaza.  Iranian-supported Hezbollah forces in Lebanon and Hamas fighters in Gaza hold thousands of rockets capable of being launched at almost any time against Israeli cities and infrastructure.   These are a ready tool by which Iran may disrupt Israel.

It is not hard to imagine ways in which this scenario, perhaps only a few years away, might proceed.  At Iranian instigation, Hezbollah and Hamas launch minor attacks on Israel.  Iran moves forces closer to Israel, allegedly to “protect” Syrian and Lebanese sovereignty.   Israeli jets retaliate, leading to a full rocket barrage against Israel from Hezbollah and Hamas.   Rockets by the thousands strike Israel, with some getting through Israeli defenses to kill civilians, who demand Israel go to the source.  Russia throws up air cover over Syria and parts of Lebanon, supposedly to protect its naval and air bases and personnel.  Thousands, perhaps tens of thousands of Iranian and Shia militia “volunteers” are soon exchanging fire with Israeli ground forces.  All of this will then unwind with one possible added dimension—presumed Israeli and Iranian nuclear weapons.

Such might be the stakes if Iran continues its march toward effective control of its vassal-state Syria.  This scenario is not inevitable, but neither are Prime Minister Netanyahu’s concerns fanciful.  Such prospects will have one side benefit, though: they will make America’s current Middle East dilemmas look quaint, once again.

This piece was originally submitted for publication on August 31st, 2017.