The Quad Must Strengthen and Support Taiwan 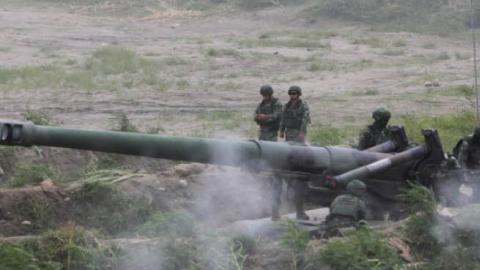 Since April 2020, China has been provoking India, including by breaching its border. When 20 Indian soldiers were killed in a border clash in June, Prime Minister Narendra Modi declared that their sacrifice would not be in vain, and the Indian government has been stepping up efforts to revamp its China strategy.

These efforts include reshaping India’s relations with Taiwan. When Taiwan’s President Tsai Ing-wen was sworn in for a second term in May 2020, two Members of Parliament from India’s ruling Bharatiya Janata Party, along with the acting director-general of the India-Taipei Association, sent congratulations. This clearly indicated a new Indian approach: although in 2014 Taiwan’s representative to India had attended Prime Minister Modi’s swearing-in ceremony, in 2016, India carefully considered sending a representative to President Tsai’s inauguration, but decided against it.

Indeed, it is not only India that is strengthening relations with Taiwan. The other members of the Quadrilateral Security Dialogue (Quad)—the United States, Japan, and Australia—have also recently upgraded relations.

There are at least three reasons why Taiwan is so important to the Quad countries’ efforts to counter Chinese strategy. First, Taiwan is located off the coast of China, the core area of the Chinese economy, and is a strategic location for deterring Chinese aggression. If Taiwan is collaborating with the United States and Japan to exert military pressure on China’s coastal area, then China cannot focus its defence budget and military forces on the India-China border area. Moreover, Taiwan is located between the East China Sea and the South China Sea, and thus Beijing cannot concentrate its naval forces without going through the sea near Taiwan. If Taiwan and China were physically connected, China would be able to use its naval power far more effectively.

Second, Taiwan is an important source of information on China. When the Covid-19 pandemic began, Taiwan proved the worth of its knowledge of China, identifying precisely what was happening there and in December 2019, warning the World Health Organization (WHO) of the possibility of a pandemic. At the same time, Taiwan was prepared for a pandemic, one reason for its great success in addressing the crisis. The same holds true for the military and economic situation. For India, the US, Japan, and Australia, Taiwan can be a very important source of information about China.

Third, cooperation with Taiwan can be an effective diplomatic card for India, the US, Japan, and Australia to wield in response to Chinese provocations, which have been escalating. When Chinese ships enter the territorial sea around Japan’s Senkaku Islands, for example, Japanese warships could respond with a friendly visit to a Taiwanese port. Since China claims Taiwan as part of its territory, this is the proper response. In addition, because Taiwan is democratic, it could be a model of democracy for Chinese speakers.

Despite Taiwan’s importance, India, the US, Japan, and Australia might lose Taiwan because Beijing has been stepping up its pressure on Taipei since President Tsai took office in 2016.

Taiwan is facing diplomatic isolation. The Covid-19 crisis has made many countries aware that Taiwan cannot join international organizations such as WHO because of Chinese opposition. In addition, since June 2017, Panama, the Dominican Republic, Burkina Faso, El Salvador, the Solomon Islands, and Kiribati have abandoned formal diplomatic relations with Taiwan as a result of Chinese efforts, including economic assistance and infrastructure projects. This leaves only 15 countries with formal diplomatic relations with Taiwan.

The Chinese government has also tried to diminish President Tsai’s popularity. For example, in July 2019, Beijing banned travel to Taiwan by individuals, causing the number of Chinese travellers to Taiwan to drop by nearly half between 2015 and 2019.

China’s rapid military modernization is changing the military balance with Taiwan. China is provoking Taiwan militarily, and its activities on the Pacific side of Taiwan—where a Chinese aircraft carrier battle group recently made repeated visits—are of particular concern. If Chinese armed forces get deployed there permanently, this would cut Taiwan off from the United States and Japan. Chinese submarine activities are also cause for concern. Moreover, during the Covid-19 crisis, Chinese fighter jets have repeatedly entered Taiwan’s air space.

What is the best course of action for India, the US, Japan, and Australia? There are at least three steps they can take. First, they should save Taiwan from diplomatic isolation. In May 2020, during the Covid-19 pandemic, these countries attempted—ultimately unsuccessfully—to support Taiwan’s efforts to attend WHO’s World Health Assembly. Moreover, when El Salvador, Panama, and the Dominican Republic established diplomatic relations with China and dropped Taiwan in 2018, the US recalled its ambassadors from these countries. Efforts like these must continue.

Countries that dropped Taiwan in favour of China were interested in Chinese investment. If the Quad countries would collaborate with Taiwan on joint projects in the 15 countries that recognise Taiwan, this would be an effective counterweight to China. Four of these countries are in the Indo-Pacific and are under heavy pressure from China. For example, Chinese tourists were a very important source of income for Palau, but in 2018, China banned its citizens from visiting the tiny island nation in order to force Palau to establish diplomatic relations with Beijing and end its relations with Taipei. India, the US, Japan, Australia, and Taiwan should collaborate to support countries like Palau.

Second, the Quad countries should assist Taiwan in relocating factories from mainland China to other US allies and friendly countries, such as India. Taiwanese factories in China benefit both countries, but China can use them as “hostages” in order to control Taiwan.

Third, the Quad countries should build up Taiwan’s defensive capabilities. The US has supplied Taiwan with weapons for many years, but because of Chinese opposition, Washington must assess the situation carefully each time and decide whether to proceed with the sale. The best option would be for Taiwan to produce its own weapons, and the Quad countries should support this.

An example of Taiwan’s efforts to produce its own weapons occurred in 2018. To respond to Chinese naval moves on the Pacific side of Taiwan, Taipei needs conventional submarines. However, its fleet was obsolete and the US lacked the technology to develop new conventional submarines because all US-built submarines are nuclear powered. Taiwan decided to start an indigenous submarine project; however, Taiwan lacked the capability to build its own so had to ask other countries to assist with the design. As a result, two companies from the US and Europe and one from India and Japan placed a bid for the tender.

Japan’s proposal was an interesting one. The Japanese contractor employed engineers who had worked at submarine manufacturers and were now retired. Although they were not familiar with the latest technology, because Japan has world-class conventional submarine technologies, the engineers can design submarines that are sophisticated enough to handle Chinese submarines. Given the diplomatic hurdle, it is easier to use retired officials.

India, the US, Japan, and Australia need Taiwan to help them respond to China’s irresponsible behaviour. Now is the time for the Quad countries to accept Taiwan as an equal partner and support its efforts.