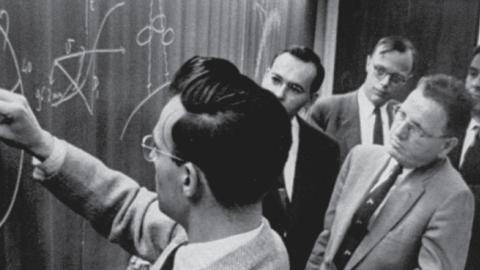 __This report is derivative of analysis done on behalf of the Director of Navy Strategic Systems Programs. The opinions, facts and recommendations presented are the author’s own and do not represent the views of the United States Navy.__

Early on the morning of October 5, 1957 a Russian booster rocket, known as the R-7 Semyorka within the Soviet Union and as the SS-6 Sapwood within the North Atlantic Treaty Organization (NATO), lifted off from the Baikonur launch complex in Kazakhstan. It was carrying a 184lb aluminum alloy sphere, highly polished for the dual purpose of internal heat regulation and making it visible to ground observers as it reflected the sun’s light. Upon reaching an altitude of 142 miles and a speed of 26,240 feet per second (f/s), which allowed the sphere to effectively “fall” around the planet earth, the rocket’s engines shut off, the protective shroud around the sphere was ejected, and the sphere’s antennae opened to their operational configurations. The sphere’s internal radio transmitters began to emit a steady “beep-beep-beep” signal on the dual shortwave frequencies of 20.005 and 40.002 megacycles. On the other side of the international dateline, where it was the evening of October 4, 1957 in the United States, NBC radio beckoned its national audience to, “Listen now for the sound that will forever separate the old from the new” as it relayed the very first satellite’s signal across the United States. The sense of shock throughout the country was palpable and the reaction tremendous even as the words emanating from the White House, due to its access to secret intelligence, were subdued and measured.

This moment in time, henceforth known as the “Sputnik Moment,” for the name attached to the small aluminum ball by the Soviet Union, marked the beginning of a new era, the “Space Age,” which came with its own steep risks and benefits. The phrase later took on additional meanings within the modern lexicon. Henceforth, whenever a new technology appeared suddenly upon the global stage carrying geo-strategic implications, its arrival was heralded as a “Sputnik Moment,” shorthand for the instability, opportunity and the dread that accompanies the sense of having been ahead in the global competition only to suddenly find yourself trailing behind. However, it must be admitted that there has not been another true “Sputnik Moment” since 1957. Although new supersonic aircraft and high-speed computers have made sudden appearances, making everyone a bit uncomfortable, no new item of technology has created such a confluence of events so as to signal American or Western inferiority as Sputnik did on that evening in 1957.

This paper seeks to both explore and understand the first “Sputnik Moment” in all of its facets. It will investigate its origins; how it came as such a surprise to so many outside of the White House and the intelligence community; and how various groups—to include leaders in the Soviet Union, the separate American military services, the scientific and engineering communities and, finally, opposing political forces within the United States—moved to leverage the “moment” to their own advantage. Because of this phenomenon, great investments were made in the U.S. military, the National Air and Space Administration was created, and the U.S. public educational system was overhauled to place greater emphasis on science and engineering within its curriculums. This study will also seek to distill lessons learned from the first “Sputnik Moment” and to examine the question of whether such an event could happen again and, if so, what would be the modern reactions?

There is a suggestion today that the current American generation, as well as other sophisticated citizens of the world, can no longer be shocked. The logic of this argument advances the idea that the current understanding of history, wide access to all-too-realistic entertainment media, the growing influence of the 24-hour news cycle and the inundation of outrageously violent video games has rendered all but the most socially isolated both cynical and immune to both chaos or wonder. But if there is one thing that Pearl Harbor, the assassination of John F. Kennedy and the attacks of September 11, 2001 have taught everyone, it is that there is always something dramatically new and stunning just beyond the strategic event horizon.