The 'Trump Report' Is a Russian Provocation 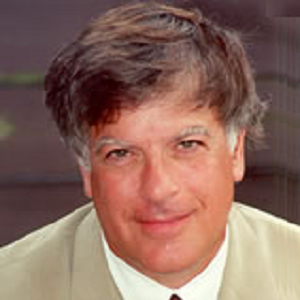 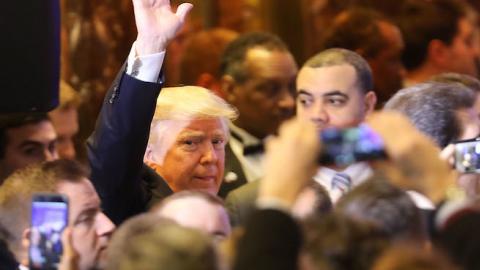 Deeply divided and in the grip of partisan passions, U.S. society is slipping into a quagmire of Russian disinformation in which the Putin regime will find it very easy to create reality and destroy facts. This has implications not only for U.S. security but also for the country’s psychological health.

The recently released report that asserts that Russian president Vladimir Putin has been “cultivating assisting and supporting Trump” for years and that the Russians have compromising information (kompromat) on him is, I believe, a deliberate Russian provocation. Trump has denounced the report as “fake news” and has even cited Russian denials of the report in his defense. His opponents suggest that the report is credible and are demanding an investigation of the allegations.

In both cases, however, the report is accepted as the product of a private investigation that may or may not have been honest rather than what I believe it to be — a carefully constructed attempt to disrupt American political life for years to come.

The investigation was carried out by Christopher Steele, a former British intelligence officer and a director of the London-based Orbis Business Intelligence Ltd, and draws on a wealth of high-level anonymous Russian sources who, for some reason, are eager to share secret information. There is a cottage industry of former intelligence operatives who make their livings selling information from supposedly well-placed sources to politicians and businessmen. The question in such relationships is who is being used. In this case, the indications are that Steele was being used by the Russians.

Reading the Steele report, I was struck by the way his sources employed the standard techniques of Russian propaganda and manipulation.

The report quotes “source C,” a senior financial official, as saying the Trump operation needed to be seen in the framework of Putin’s desire to return to 19th-century great-power politics rooted in national interest. This explanation of Putin’s motives is regularly put out by Kremlin propagandists who try to explain Russia’s behavior as something other than naked aggression. Its inclusion suggests a careful attempt by Steele’s Russian sources to make the report appear authoritative to a naïve Western audience.

The description of Trump’s using prostitutes to urinate on the bed in the Ritz-Carlton Hotel in Moscow, where the Obamas slept, bears a striking resemblance to the work of the “novelists” in the Russian Federal Security Service (FSB) whose job it is to come up with stories to discredit individuals without much regard for plausibility. My entry in Wikipedia was recently changed to say that I was expelled from Russia in 2013 for running a brothel with underage girls. The style is eerily similar.

The report said that Putin was motivated by “fear and hatred of Hillary Clinton.” This again reflects the thrust of Russian propaganda, which tries to reduce policy difference to a conflict of personalities. Russian spokesmen said that tensions between the U.S. and Russia under Obama existed because Putin and Obama did not like each other. In the report, attributing Russian help for Trump to hatred of Clinton was a way of making this supposed help more plausible at a time when Clinton appeared certain to become president. It also distracted attention from the real goal of Russian activities, which was to undermine American institutions.

The same pattern of Russian interference was evident in the release by WikiLeaks of the e-mails from the Democratic National Committee and the personal account of Hillary Clinton’s campaign manager, Joe Podesta. Had the e-mails been published as a result of investigative reporting, they would have been a major contribution to our knowledge of the candidates. In this case, however, the “investigative reporters” were the agents of a foreign intelligence service.

The Russian hacking of the Clinton-campaign and Democratic-party e-mails was a gross interference in U.S. affairs, and President Obama was completely justified in taking the appropriate but necessarily limited steps that he announced in retaliation. What was decisive for the internal condition of the U.S., however, was the attempt to depict what happened as primarily an attempt to destroy the Clinton candidacy rather an effort to discredit the American system as a whole.

It was this misinterpretation that gave the Russians’ actions a partisan cast and set Americans against each other, making it easier, ironically, for the Russians to do greater damage in the future.

It is highly unlikely that the Russians shared the U.S. perception of the huge difference between Clinton and Trump. As secretary of state, Clinton backed the “reset” policy that offered unjustified concessions to Russia and ignored the regime’s crimes. The role attributed to her in “instigating” Russian-election protests in 2011 and 2012 was actually the attempt of the Russians to conceal the fact that the protests had internal causes.

The U.S. is now at a crossroads in dealing with Russian disinformation and manipulation. The country is vulnerable because, with the end of Cold War, political issues have become self- interested and parochial. Paradoxically, this has added a level of viciousness to political conflict that is out of all proportion to the importance of the issues. The result is a vulnerability that hostile foreign powers such as Russia are quick to exploit.

Russia is an aggressive dictatorship whose leaders are afraid of their own people and the democratic example that America represents. They will seek to undermine U.S. society in any way they can. Only a cooling of partisan passions and a recognition of the things that Americans share can deny them that chance.