Trump Needs to Be More Trumpian in Syria 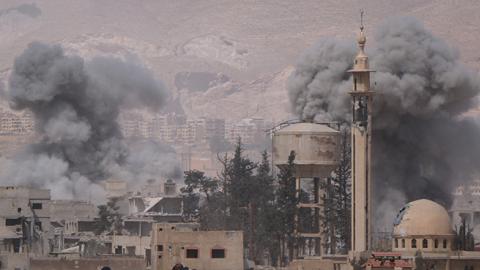 The United States will be making an exit from Syria “very soon,” President Trump said late last month in Ohio. “Let the other people take care of it now.” In making this announcement, the president ignored a cardinal principle of an author he holds in very high regard: himself.

According to “The Art of the Deal,” Mr. Trump’s 1987 best-selling guide to business strategy, success in negotiations requires developing leverage. The crux of the matter is appearing unflappable while making the other guy sweat. “The worst thing you can possibly do in a deal is seem desperate to make it,” Mr. Trump wrote. “That makes the other guy smell blood, and then you’re dead.”

Mr. Trump’s Syria announcement fostered the impression of a president desperate to get out of the Middle East. It also violated another oft-repeated Trumpian principle: never, ever telegraph your military moves. “I don’t want to broadcast to the enemy exactly what my plan is,” Mr. Trump said during the 2016 presidential campaign.

The announcement generated considerable unease in the foreign policy establishment. Senator John McCain, among others, claimed that Mr. Trump’s call for a withdrawal emboldened Bashar al-Assad, convincing him he could launch a chemical weapons attack a mere 10 days later.

The claim is speculative, but not outrageous. Mr. Assad has a strong imperative to clear insurgents from eastern Ghouta, the stronghold of the most formidable Damascus-based militia. Believing that the United States was headed for the exits may have made him even more willing to hold back nothing.

Mr. Trump probably assumed that his announcement would spur America’s allies like Israel, and, especially, Saudi Arabia to step up. That tactic is dangerous. If allies conclude that an American departure is inevitable, they will hedge their bets. Some will lie low. Others will make a beeline to Vladimir Putin. Russia, they know, will never quit Syria. Washington, someone once said, might be indispensable, but Moscow is immovable.

After the departure of American troops, Mr. Putin’s first goal will be to sever the bonds that tie Turkey to NATO. His preferred method will be to supplant the United States as the primary interlocutor between the Syrian Kurds and the Turks.

Deprived of direct American support, the Kurds will inevitably turn to Moscow, the sole available source of protection from Turkey. Mr. Putin will welcome them with open arms to gain leverage — there’s that word again — over Ankara. Moscow will demand from Ankara that it distance itself from the West or face a Russian policy supportive of a maximalist Kurdish agenda.

Many in Washington have adopted a blasé attitude about this prospect. They argue that President Recep Tayyip Erdogan of Turkey is lost to the West. This is a monumental failure of the imagination. The damage that a truly hostile Turkey can do is far worse than anything we have seen so far. And the key to managing relations with Turkey is maintaining primacy in the Turkish-Kurdish arena — a status that will disappear the moment American troops leave Syria.

A precipitous departure will also cede leverage to Iran at the very moment when United States-Iranian conflict is set to escalate. On May 12, Mr. Trump may well decide to reimpose nuclear sanctions on the Islamic Republic. Restructuring the nuclear deal to American specifications requires convincing Iran’s supreme leader, Ali Khamenei, that the America is resolute in its determination to pare down the Iranian nuclear program. Retreating from Syria will foster the opposite impression. Mr. Trump should be thinking instead of exploiting Iranian weaknesses.

Here the Israelis are the key. Their attack on Monday on an Iranian base in the Syrian desert is striking not just for the military and intelligence capabilities it demonstrated but also for the defiance of Mr. Putin. Boldness and ability of this magnitude in an ally is a four-star asset that Mr. Trump’s Mideast policy has so far failed to exploit.

Imagine if Washington and Jerusalem were to develop a joint military plan designed to contain and degrade Iranian forces in Syria.

Even a limited American military commitment to a coordinated United States-Israeli strategy would immediately change the balance of power on the ground. It would most likely engender more diplomatic cooperation from Mr. Putin while sending a powerful message to Tehran about the necessity of respecting American demands regarding its nuclear program.

Going forward, Mr. Trump should stick to his campaign promise and keep mum about his plans. Meantime, he should reconsider his intention to withdraw. As it is, the United States has a small footprint in Syria — an estimated 2,000 troops. The right strategy could reduce those numbers further while gaining even more of that precious commodity over Iran and Russia: leverage.