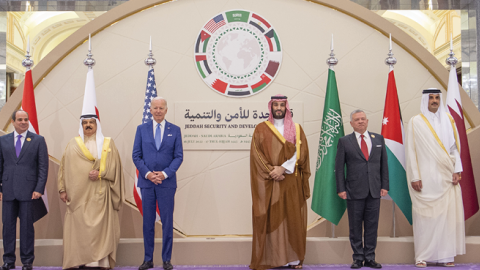 After 18 months in the Oval Office, Joe Biden finally paid his first visit as president to the Middle East. This was the longest any US president had waited in more than two decades before making a first visit to the region.

Biden’s visit came at an important time in international affairs. Russia’s invasion of Ukraine has impacted global energy markets and has created the potential for large-scale food shortages in North Africa and the Middle East. Many countries around the world are dealing with the fallout from the COVID-19 disease pandemic and suffering from rampant inflation and slow, if not negative, economic growth. Iran continues to spread its malign influence across the Middle East and has shown no genuine willingness to negotiate a new agreement over its nuclear program. Throughout his many meetings, these were topics that were discussed.

Admittedly, Biden’s visit to the Middle East was better late than never. His meeting with Crown Prince Mohammed bin Salman was scheduled for an hour and a half but lasted twice that long. US and Saudi officials signed 18 agreements on different issues including space exploration, energy and investments. Most importantly, Biden had a chance to learn a lot from his trip. Obviously, whether he takes these lessons onboard and acts on them is another matter. So what should Biden have learned on his trip to the Middle East? There are three important things.

The first lesson that Biden should have learned is that his predecessor did a pretty good job advancing both stability and US national interests in the region. A great example of this is the Abraham Accords. It took months after entering the White House before Biden administration officials would even acknowledge the existence of the accords, much less offer any praise for them. However, it is now widely accepted across his administration, and even by Biden himself, that this Trump-era initiative was transformative for the region. It is crucial that the Biden administration now doubles down on the Abraham Accords and works to deepen relations between Israel and its Arab neighbors.

The second lesson Biden should have learned from his trip is the true threat of Iran to regional stability. On the campaign trail, Biden regularly criticized Trump for leaving the Joint Comprehensive Plan of Action and downplayed the threat from Iran. Biden has since advocated for the US to rejoin the flawed nuclear agreement with Iran. However, it has been 18 months since entering the Oval Office and the US is no closer to agreeing to a new deal with Iran. Biden has been in denial over Iran from the beginning, but hopefully this trip has made him realize a new and meaningful nuclear deal with Iran will be almost impossible to achieve. There is no doubt that the need to be tougher with Iran featured prominently in his meetings with his Saudi and Israeli counterparts. Even during his visit, a slight change in the president’s rhetoric regarding Iran was detected. However, actions speak louder than words.

Finally, after his trip Biden should have learned that the small but vocal group of commentators at home that criticized his trip to Saudi Arabia are wrong. Sadly, it is this group’s lobbying against US relations with Saudi Arabia that probably had the biggest role in delaying Biden’s visit to the Kingdom. Now that this visit has taken place, it is in the interests of the Biden administration to build on what was agreed upon and have regular high-level US engagement in the Arab world.

It is anyone’s guess what the main focus of the National Security Strategy will be. Without a doubt, China will receive a lot of attention. Russia will feature prominently too. The big question remains about how the administration will approach the Middle East in the strategy document. Will the Biden administration continue to put its head in the sand over Iran? Or will it finally develop a meaningful policy of deterring Iranian aggression, rolling back its nuclear program, and bolstering and reassuring US partners in the region?
Hopefully, the lessons learned by Biden on his trip will be taken to heart and will help inform his thinking about US policy in the Middle East.

Biden needs to start operating in the world he is in and not in the world he wants to be in. In the real world, Saudi Arabia is an important partner for the US in the Middle East.