Wake up Britain – Huawei Is a National Threat 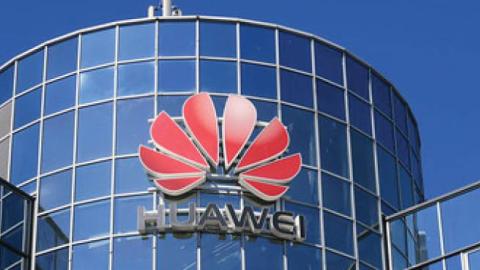 Dear citizens of the UK,

As a retired American general, I contend Huawei clearly poses a national security threat to the UK. I refer here not to the argument about data, which will follow, but instead to the fact that it threatens to create a rift in the UK-US alliance that has sustained in peace since the end of World War II.

I do not argue the fact that Huawei supports the human rights violations of the Chinese Communist Party in Xinjiang. Even though more than a million Uyghurs suffer in concentration camps and are most likely subject to forced organ harvesting as has been reported by a UK tribunal, the recent votes on human rights at the UN show we are in a world where business matters more than compassion.

I would also ask that how people in the UK may feel about our president be set aside. We yet have a democracy, and even if he wins in 2020 he will be subject to term limits in 2024.

But I must strongly emphasise a point in the US National Security Strategy (NSS) to explain the threat. On page 19 it states, “we will improve America’s digital infrastructure by deploying a secure 5G internet capability nationwide.” The intent of this statement was to convey how important it is to secure a free nation’s data in the 21st century. The NSS goes on to say, “data, like energy, will shape U.S. economic prosperity and our future strategic position in the world.” This also matters for the UK.

While oil similarly influenced geopolitics in the 20th century, it did so at the level of the nation. The NSS provides context when it states, “they [China and Russia] are determined to make economies less free and less fair, to grow their militaries, and to control information and data to repress their societies and expand their influence.” This is meant to convey that the power of large Silicon Valley tech companies to use technological advances like big data and artificial intelligence has been adopted by authoritarian regimes to extend their power and influence beyond their borders and down to the level of the individual.

It appeared the EU understood the power of data in the hands of large tech companies when it passed the Global Data Protection Regulation (GDPR). The problem with GDPR, as with our current internet, is enforcement of privacy laws. Since the current internet permits the easy aggregation of data, large tech companies have an easy time discovering one’s patterns of behavior. So too do authoritarian regimes. A secure 5G network, as detailed above, would deploy identity-based encryption to prevent individual data from being used without consent

To further illustrate how authoritarian nations use their companies to enable influence beyond their borders, “Engineering Global Consent” – a research paper by Samantha Hoffman of the Australian Strategic Policy Institute – details the story of a Chinese big data and artificial intelligence company. The company, GTCOM, collects 2-3 petabytes of data per year to provide language translation services. The service uses machine learning to translate languages. The data, however, doesn’t stop there. It continues to flow towards the intelligence and influence arms of the Chinese Communist Regime.

While this alone is not a smoking gun, when combined with the knowledge that Russia used big data, AI bots and social media networks to influence Americans during and after the 2016 elections, it presents a complete understanding of how totalitarians can extend their influence into democracies using globalisation and the internet. If that is not enough, the recent NBA incident regarding Hong Kong should be. While general manager of the Houston Rockets Daryl Morey did not get fired for supporting Hong Kong, Roy Jones – a mid-level employee at the Marriott corporation who innocently and without political intent liked a tweet – did, as detailed in my book “Stealth War.”

All of this points to the fact that data security is a national security issue, and the Chinese Communist Party has the incentive to both harvest and harness data for their own illiberal ends. These ends include the suppression of speech, which is counter to the interests of the British people. If the UK still disagrees that Huawei fits the definition of a national security risk, then at least I have fulfilled my duty as a friend to convey the threat.

Read in The Telegraph