Who Must Lead a Muslim Reformation 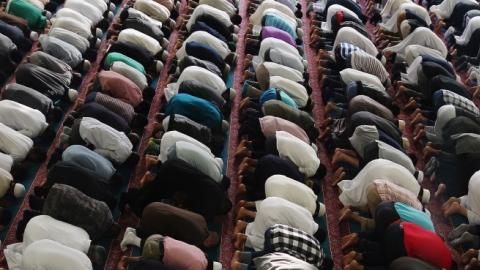 Caption
Muslim men pray at the East London Mosque on the last day of Ramadan on August 7, 2013 in London, England. (Dan Kitwood/Getty Images)

In 2015, Europeans have been forced to realize that Islamic terrorists are living in our midst. But for those of us who are European and Muslim, the challenge today is even greater. We cannot rely solely on our governments to answer the challenge of Islamic radicalism. We must answer it ourselves. We who believe in a peaceful faith and in the sanctity of life must demand nothing less than an Islamic Reformation.

Over the past few decades, a minority of radicalized, extreme Islamists has taken an entire religion hostage with brutal and violent acts of hatred and racism. As a Muslim myself I am angry that these extremists have introduced this radical cancer into the Islam. But this is exactly why moderate Muslims all around the world need to help revolutionize Islam – to get rid of the cancer that is has been spread among us.

Three vital actions must be taken to reform Islam.   First, a new understanding of God within Islam is needed. In Islamic belief, God represents 99 characteristics. Yet in radicalized Islam, only a few of these 99 characteristics are emphasized: the angry, the vindictive, and the punishing God. This is cannot stand. Muslims need to stress the positive 99 characteristics, such as the forgiving, the affectionate and the reconciled God, to make these the centerpiece of Allah and our faith.

Secondly, the Prophet Muhammad needs to be taken down from the pedestal where revolutionary Islamist theologians have placed him. Originally, Muhammad did not want to be portrayed in art because he despised the idea of himself being depicted as some kind of God. It is quite ironic this is exactly what these radical Islamists are now doing to Muhammad, even as they react so violently to cartoon images of him. Muhammad is not a deity or a sacred object. Muslims can respect him, but Muslims must never condemn others to die for a supposed “insult” toward him.

Thirdly, we need an extensive rethinking of the Quran. The Egyptian professor, Nasr Abuzayd, has suggested that even though the Quran is inspired by divine powers, it was a person that wrote the book, probably some 20 years after Muhammad’s death. Abuzayd believes that the scripture is changeable and dynamic, which is why an update of its content is very much needed. I strongly agree with him. There are too many passages that are stuck in the 7th century, that preach violence rather than compassion, harsh punishment rather than forgiveness, war rather than peace. As Muslims, we can and should do better.

Finally, beyond doctrinal change, we cannot ask others to respect our words and our religion until we do the same of theirs. Freedom of speech needs to become a universal value, including within Islam.

This defense comes at a cost, personal and professional. In Paris and in Copenhagen, some have paid the highest possible price. I have always believed that if you disagree with someone, you put whatever frustrations you have in writing. No non-violent expression can ever justify violent responses. Ever.

And that is perhaps the greatest challenge for Muslims: how can we, in the face of such overwhelming brutality and violence, lead a peaceful Reformation? Because that is what we must do if we are to reclaim Islam as a religion of peace. We must rely on words and ideas, not battles and weapons. We must lead the way forward with our own hearts and our own minds.

In seven years, 2022, Islam will mark the 1400-year anniversary of Muhammad’s flight from Medina to Mecca. Before we reach that seminal date, let Muslim voices from around the globe band together to remove radical Islam and its practitioners from our faith. Let us embark on a new journey of our own, a journey to modernity and to peace.