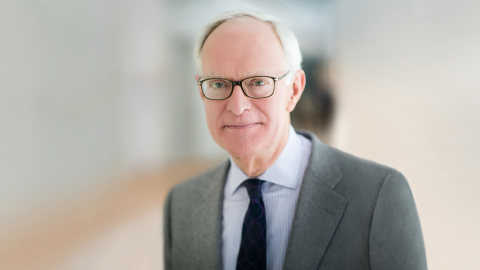 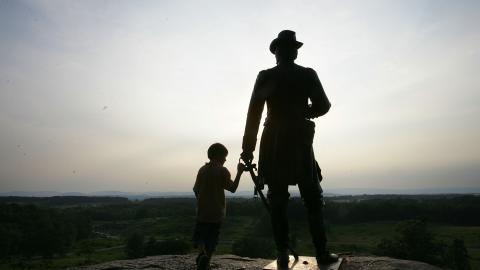 Caption
A boy stands by the statue of Brigadier General Gouverneur K. Warren atop Little Round Top at the Gettysburg battlefield on July 3, 2005, in Gettysburg, Pennsylvania. (Joe Raedle/Getty Images)

Political conservatism has general characteristics, notably prudence, practicality and respect for settled traditions and institutions. But conservatives bring these dispositions to bear in a variety of times and places. The American experience is a vivid example of how conservatism adapts to a particular national circumstance.

American conservatism isn’t in thrall to the status quo. We have always been a nation of bustling aspiration and earnest self-criticism, perpetually seeking to remake the status quo. Conservatives have been as striving and critical as their neighbors, discontented with the circumstances at hand and impatient to set things right.

The Founders set the pattern. Intent on conserving a century of colonial traditions and self-government, they fought a revolution, then tore up their constitution and wrote a radically new one. The only exception since then has been the Harding and Coolidge administrations in the 1920s, whose rallying cry was “normalcy.” Even then, Calvin Coolidge was a zealous reformer of taxing and spending.