For all the drama, the results confirm that the US remains a deeply stable society. 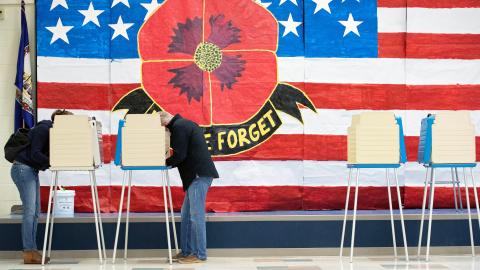 Caption
Voters cast their ballots during the US midterm election in Midlothian, Virginia, on November 8, 2022. (Ryan M. Kelly/AFP via Getty Images)

The midterm elections disappointed Republicans, diminished Donald Trump, and left Democrats with a grateful sense that an electoral catastrophe was narrowly averted. Perhaps more important, the elections reminded the world that, for all its troubles, the US remains a deeply stable society whose fundamental institutions continue to command the respect of its citizens.

Fifty states held elections for local and national office, and voters in the tens of millions cast ballots and peacefully awaited the results. The candidates certified as victorious by the duly constituted authorities will take their oaths of office on the appointed day. Government of the people, by the people and for the people hasn’t perished from the earth.

America is a paradoxical place. Americans often perceive their polity as fragile and endangered; foreign observers have been predicting the collapse of this improbable republic since the era of silk stockings and powdered wigs. The first verse of the national anthem ends with a question: “O say does that star-spangled banner yet wave / O’er the land of the free and the home of the brave?”