If North Korea launches an intercontinental ballistic missile (ICBM) at the U.S. population, the United States will destroy it mid-flight.

That is the message Tuesday’s successful test of the homeland missile defense intercept has communicated on the heels of recent North Korean missile launches.

Americans are likely familiar with the Terminal High Altitude Area Defense (THAAD) system, which was recently delivered to South Korea to offer protection of our allies and the 27,000 plus U.S. forces deployed there from shorter and medium range ballistic missiles in North Korea.

There are a variety of missile defense systems designed to intercept short and long-range missiles at different phases of the missile’s trajectory, from boost to terminal.

The test the Pentagon conducted yesterday was with the only system deployed to protect the entire United States, including Hawaii, from North Korea or Iran’s long-range missiles, the Ground-based Midcourse Defense (GMD) system.

The target ICBM was launched from the Reagan Test Site on Kwajalein Atoll in the Republic of the Marshall Islands, then multiple sensors including the Sea-Based X-band radar, positioned in the Pacific Ocean tracked the missile. A Ground-based Interceptor (GBIs) from Vandenberg Air Force Base in California launched an exo-atmospheric kill vehicle that collided with the target, destroying it in mid-flight. 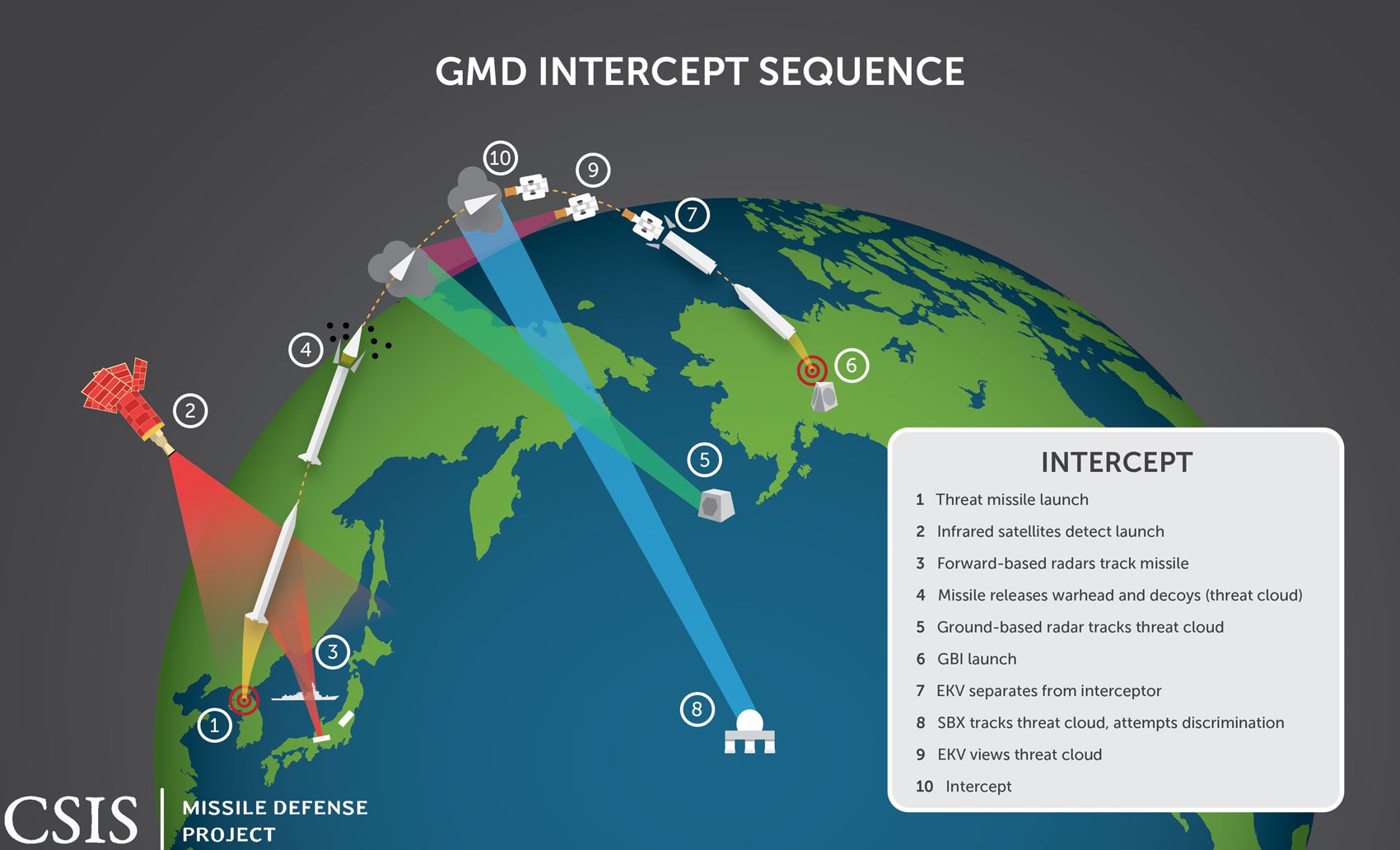 This was an incredible feat of engineering that Americans can be proud of, especially considering the previous administration scaled back and cut the program in the first years of the first term.

The Trump administration has been supportive of the missile defense mission, but the recent budget submitted by budget director Mick Mulvaney kept the MDA budget roughly the same as the Obama budget. This will not do.

Despite what some hit-to-kill deniers will try to say, the system works, and we need it now more than ever. North Korea has increased the tempo of its launches despite international pressure to stop, and with each test, it gains knowledge it can use to move the program along.

It is clear that Pyongyang is determined to have a credible means of holding the United States at risk of a nuclear attack.

The Pentagon has a missile defense review underway, and the administration may submit a budget request next year with more money for MDA, depending on the findings. The review should prioritize the homeland missile defense mission and should make it clear that it is the policy of the nation to intercept missiles headed towards the country, regardless of who launches them.

To increase the system’s capability in the near term, the country must deploy a robust space sensor layer. This will greatly help the country track enemy missiles from “birth” to “death.”

It must also invest in many more GBIs, essentially giving Northern Command more bullets to shoot at possible incoming missiles. There’s broad bipartisan support to do just this.

The successful GMD intercept confirms great work has already been done to protect the nation from ballistic missiles, and that is something to celebrate. However, let the celebration be short because there’s much more work before us.

On October 19, 2021, Hudson Institute honored Hudson Trustee Linden Blue and Neal Blue with the 2021 Herman Kahn Award, in recognition of their contri...

The Defense Department is in trouble under the Biden administration. It surrendered to the Taliban and has been slow in responding to the challenge po...

The United States is planning to modernize its strategic nuclear deterrent for the first time since the Cold War ended over thirty years ago. The dete...