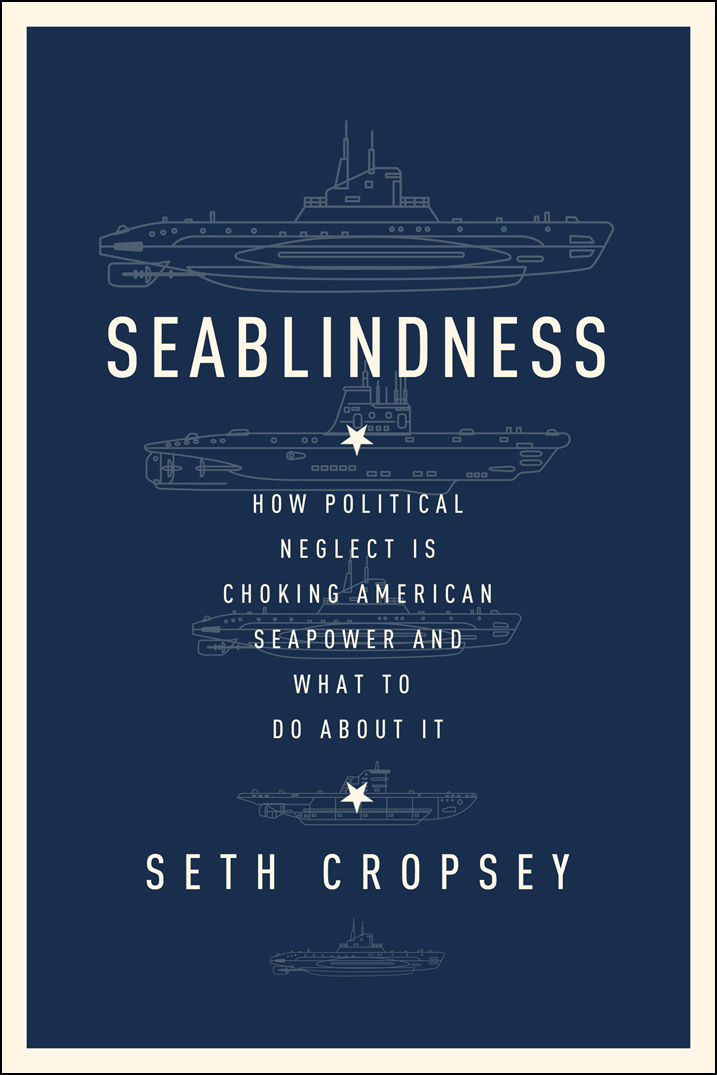 Now available through Encounter Books, Seablindness: How Political Neglect is Choking American Seapower and What to Do About It, exposes how years of underfunding has left our nation’s most strategic arm of defense—American naval power—smaller today than at any point since before World War I. Drawing on historic conflicts as reference points, author Seth Cropsey creates strikingly realistic scenarios in which rival powers like China, Russia, Iran, and North Korea challenge our naval supremacy.

“Seablindness is elegantly written and a must-read for the general reader who wants to understand how America can remain strong and free in an increasingly dangerous world.” —Former Senator Joseph I. Lieberman

Seth Cropsey served as Deputy Undersecretary of the U.S. Navy in the administrations of Ronald Reagan and George H. W. Bush. He was an officer in the U.S. Naval Reserve from 1985 to 2004. Cropsey is a Senior Fellow at Hudson Institute in Washington, DC and director of Hudson’s Center for American Seapower. His previous book, Mayday: The Decline of American Naval Supremacy, published in 2014, examines the history of U.S. naval power, the fate of other maritime states that have given up or lost their power at sea, and policy options for the future.

Economic and Diplomatic Power Is Not a Substitute for Military Strength

The current chaos in Washington DC has given U.S. political discourse a distinct focus, a focus that will remain until 20 January, when Mr. Biden is i...

Biden Should Expand Contact Between US and Taiwanese Officials

The turbulence of last week buried an extremely consequential policy decision in the news cycle’s churn. On Jan. 9, Secretary of State ...