The Changing Market for Spectrum 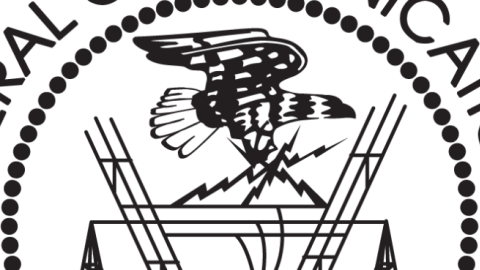 Over the past few weeks, the value of an important commodity has dramatically changed. While crude oil prices have dropped less than 20% since the beginning of November, spectrum prices have arguably increased by more than 100%.

In January and February of this year, the FCC auctioned 10 Mhz of spectrum in a band called the H Block or AWS-2. The spectrum was largely cleared and unencumbered. The winning bid was from DISH at a pre-negotiated minimum bid corresponding to $0.50 per megahertz per population (Mhz Pop, the standard unit for measuring spectrum prices).

On November 13, the FCC began auctioning 65 Mhz of AWS-3 spectrum, located near the AWS-1 spectrum described above. Attention has primarily focused on 50 Mhz of paired spectrum at 1755-1780 Mhz and 2155-2180 Mhz. The FCC set a reserve price of approximately $10 billion, or about $0.65 cents per Mhz Pop for the paired spectrum. Because the FCC has a 25% bidding credit for certain “Designated Entity” bidders, the effective reserve price for the favored bidders at FCC auction was closer to $0.50 per Mhz pop, the prevailing price for AWS-1 through 2012 and the price DISH paid for AWS-2 spectrum in early 2014.

Many analysts predicted the FCC would raise far more than the reserve price, perhaps as much as twice as much. After the 25% discount, this would correspond to approximately $1.00 per Mhz Pop. A few even suggested prices slightly above $1 per Mhz pop.

As of November 25, the auction had received bids of more than $37 billion on the paired spectrum alone, or more than $2.30 per Mhz Pop. Even accounting for the 25% discount, this value corresponds to at least $1.75 per Mhz pop, well above the range investment analysts predicted. It exceeds the FCC reserve price and the value of AWS-2 licenses by more than 250% and exceeds even the most optimistic analyst estimates by at least 15% and as much as 50%.

The AWS-3 spectrum auction is not the isolated result of a single outlier investor. More than one firm is bidding up the prices of spectrum. Each firm has a board of directors and outside financial bankers, all of whom must have approved the bidding levels. Designated entity bidders likely have contracts with major carriers that will lead eventually to leases to sales, all of which are predicated on the perceived reasonableness of the AWS-3 auction outcomes.

On the surface, the value of AWS-3 licenses revealed at auction appears on average to be 15% and 250% greater than the estimated values of AWS-1 and AWS-2 licenses. Because these licenses have similar physical properties and applications, the auction results would appear to have correspondingly increased the value of these AWS licenses, and by extension, perhaps all licenses for spectrum.

The surface comparison misses the real differences in values between the two types of licenses. By 2013, AWS-1 and AWS-2 licenses were largely cleared and ready to use. In contrast, it will take at least a few years to clear each AWS-3 license and many more years — at least 10 years by the government’s own estimates — to clear all AWS-3 licenses of federal users. Even then, the federal government may have rights to use the spectrum. Thus, bidders in the current AWS-3 auction are purchasing impaired spectrum, spectrum that may not be even partially usable for a few years and possibly not fully usable for a decade.

If impaired AWS-3 spectrum is worth more than $1.75 per Mhz Pop today, unimpaired cleared spectrum AWS-3 is worth substantially more. Consequently, the value of cleared AWS-3 spectrum, and quite likely all spectrum, is dramatically more than just the 15% to 250% premium on prices predicted just two weeks ago.

The spectrum holdings of major wireless carriers are not limited to AWS-1 and AWS-3 licenses. Each carrier has at least 20 billion Mhz Pops DISH has spectrum exceeding 17 Billion Mhz Pops. Although the value of spectrum holdings for the major carriers varies as of early November, these values could be no less than $10 billion per carrier, and perhaps several times that amount. If the AWS-3 auction has revealed that spectrum values today are dramatically more than a range of 15% higher and 250% higher than a few weeks ago, the enterprise value of each company, net of amounts bid at auction, should have increased by substantially more than $1 billion, and perhaps as much as several tens of billions of dollars.

With the exception of DISH, none of the companies has recognized any such increase in asset valuation; many have lost value. What happened? Why haven’t asset values of all businesses holding spectrum licenses risen?