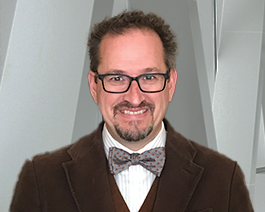 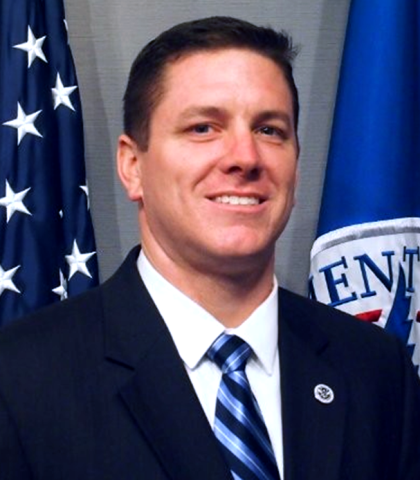 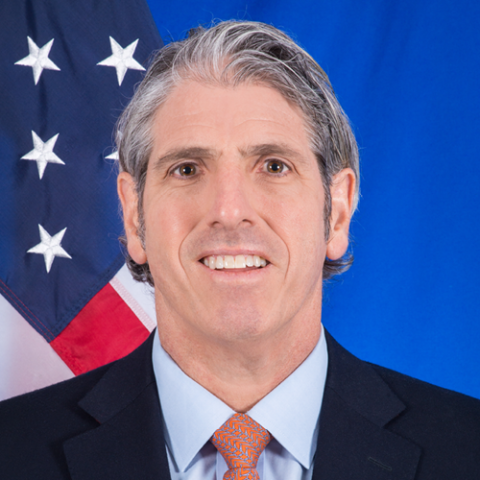 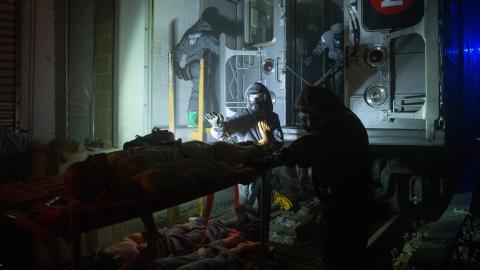 President Joe Biden’s much-noted hyperbole about the risk of nuclear Armageddon emanating from Russia wasn’t entirely wrong. But he was a few kilotons off regarding what a Ukraine-related Russian nuclear event might constitute. Russia has made many miscalculations in its Ukraine invasion, but Vladimir Putin and his generals are not crazy enough to risk an all-out nuclear exchange with the United States. In fact, Russia’s current nuclear war doctrine and weapons are dramatically different than those of the Cold War or even a decade ago. Moscow specifically designed them to avoid an all-out exchange with the US and NATO while still leveraging nuclear weapons to dissuade and deter, or to fight and win a limited nuclear war. Accordingly, while Biden’s Armageddon throwback is inapt, the US needs to rapidly adopt a robust homeland civil preparedness approach that is calibrated to the range of new threats from Russia and China, including low-yield nuclear weapons deployed on hypersonic missiles, cruise missiles, and other rapid and agile delivery methods against which we presently have very limited defenses.

The US and the Russian Federation are at rough parity with respect to their strategic nuclear arsenals, as set forth in the New START Treaty. Biden and Putin extended the applicability of the treaty for five years in February 2021. However, strategic parity does not mean overall nuclear parity. For years, Russia’s military has been planning for a modern nuclear war, known in Pentagon jargon as a “limited nuclear conflict” (LNC), which would be a much lower consequence event than the world-ending conflagration Biden implied. The proximate danger is not a major exchange of mega-ton yield intercontinental ballistic missile (ICBM) or submarine-launched ballistic missile (SLBM) nuclear weapons between Russia and the US. Russia has acquired thousands of non-strategic nuclear weapons (NSNW)—lower-yield nuclear warheads that are deployable across various delivery platforms, ranging from artillery to theater-range systems, and continental-range missiles. Low- and ultra-low-yield weapons can be measured in the tens of tons of TNT equivalent.

No arms control regime currently constrains these weapons systems’ development or deployment. They present a game-changing, selective, less-destructive nuclear capability designed to quickly tip the scale of a conflict toward a Russian advantage. Think of the August 2020 ammonium nitrate warehouse explosion that leveled the area around Beirut’s port, and consequently devastated Lebanon’s economy. By some estimates, that explosion was 300 tons TNT equivalent. That is 30 times greater than a Russian ultra-low-yield nuke, estimated to be as low as 10 tons of TNT equivalent. For comparison, Hiroshima was 15 kilotons. Destruction of an airport or port would be very bad and potentially catastrophic—but not Armageddon.

The United States and NATO have very few countervailing nuclear responses to these Russian capabilities. Russia has declared, both privately through high-level diplomatic channels and publicly, its intent to use these weapons in the event of a conflict, asserting that they are a key component of its warfighting capabilities and doctrine. Russian doctrine and strategy—especially the operational concept captured under “Strategic Operation for the Destruction of Critically Important Targets” (SODCIT)—call for limited, distributed, very-low- and ultra-low-yield nuclear strikes against adversaries, including the US and NATO, in conjunction with precision-guided conventional strikes and other measures. These strikes would be designed to break adversaries’ will to continue the conflict, degrade the capability of the US to project its conventional military power, and shape decision-making at the outset of a conflict.

Russian submarines armed with long-range, low-yield nuclear cruise missiles currently target US military and civilian infrastructure in several states. Russian bombers can also launch their intercontinental-range, low-yield nuclear cruise missiles against critical US targets without leaving Russian airspace. Such attacks are designed to produce crippling infrastructure, economic, military, and psychological effects, which would affect US politics and alliances while theoretically avoiding mass civilian casualties. China—with its edge in hypersonic missiles and its rapidly growing nuclear warhead and missile inventories—effectively comprises a similar threat. The Russia-China “strategic partnership” adds yet another element of instability to the equation.

In contrast, the US no longer possesses any ultra-low-yield nuclear weapons, retains only a small inventory of very-low-yield gravity bombs, and has an employment policy that does not significantly rely on their use. Russian nuclear war planning did not happen overnight. Fully 20 percent of the Russian military budget is dedicated to its nuclear weapons infrastructure, now largely modernized and operational. Meanwhile, congressional inconstancy and the maddening Pentagon acquisition bureaucracy have hobbled US nuclear modernization. The US urgently needs to increase the size of the ICBM and SLBM inventory; fund and upgrade several systems and programs, including low-yield nuclear sea-launched cruise missiles (SLCM-N); develop low-yield options such as the W-76-2 warhead; and develop additional delivery platforms. Washington also urgently needs to update defenses against ICBM, cruise, and hypersonic missiles, and prepare for electromagnetic pulse (EMP) attacks on the homeland.

To be sure, Russian LNC doctrine presents extremely difficult challenges. For several years, US decision-makers and war planners have struggled to create response options in wargaming exercises. However, one imperative is clear: the US immediately needs an updated and effective “old school” civil defense–style national preparedness program for the homeland. This would be a primary responsibility of the Department of Homeland Security, the Federal Emergency Management Agency, and the Cybersecurity and Infrastructure Security Agency.

As the nation’s emergency managers met in Vermont last month, they doubtlessly had important discussions about the recent hurricanes, and perhaps about recurrent cyber, pipeline, and utility threats. While we do not know where the next hurricane or hack will hit, we do know that Russian subs lurk off US shores with target packages, weapons, and operation plans aimed at crippling our critical infrastructure, economy, governance, and resolve. Our federal government knows what our enemies are targeting—but do state and local officials tasked with responding to such events know?

FEMA planners, CISA physical security advisors, and DHS intelligence officials need to share the threat information that worries Pentagon planners and congressional committees with their regional and local emergency managers, infrastructure owners and operators, and first responders—while also reworking our national response planning to fully incorporate new nuclear threat contingencies. State and local officials, who are literally in the crosshairs of Russian and Chinese missiles, need to be prepared to respond to entirely new scenarios that are playing out in this era of asymmetric warfare.

One of the most challenging public policy issues that both congressional appropriators and agency planners consistently face is how to allocate precious time and limited resources on “high consequence–low probability” events. DHS was not created simply to rearrange the Secret Service, Coast Guard, and various reporting structures or to find a new home for the then-newly formed Transportation Security Administration. More importantly, in a post-9/11 world, DHS was to address the myriad threat scenarios against the homeland from various threat actors. It also synthesized and then shared information and intelligence with the various stakeholders tasked with keeping the homeland secure. Over the last 20 years, the department, with mixed results, has provided billions of dollars in various programmatic, financial, and technical resources to assist stakeholders in implementing the National Strategy for Homeland Security—the first of which was published in 2002. DHS and FEMA have already obligated over $56 billion in national preparedness grants; recent grant years have seen around $2 billion per year, which funded information-sharing fusion centers and preparation for terrorism, natural disasters, and other mass-casualty events. Essentially, existing grants could fund any renewed focus on nuclear preparedness. Congress and the administration can and should ensure that these funds are available and prioritized to address critical emergency management challenges that nuclear threats from Russia and China present. State and local emergency planners in acute high-threat areas should use these funds to identify gaps in planning, stockpiles, and response in areas ranging from medical responses, evacuations, and EMP effects, to continuity, communication, coordination, and other aspects of resilience and recovery.

As a first step, the new Congress should mandate that DHS and FEMA’s next National Level Exercise (Senior Officials Exercise) in 2024 be focused on civil defense preparedness in the context of the present-day nuclear threat.

The exercise should test readiness, identify gaps, reveal and resolve interagency conflicts, and—as with 9/11—“connect the dots.” It also needs to test all assumptions and account for rapidly evolving “Fourth Industrial Revolution” changes in critical technologies, social order, communication, and governance. The exercise should set a new baseline for civil defense preparedness as an integral and normative function across the government. Like continuity of operations/continuity of government (COOP/COG), civil defense preparedness reinforces and projects national cohesion and resilience, educates and rallies citizens relative to threats, and projects America’s resolve to the world. This, along with our strategic and military capabilities, comprised a core element of our Cold War deterrence. By the same logic, it needs to do so going forward.

President Biden has reminded us that we need to be prepared for nuclear contingencies, whether with Russia, China, or other non-status quo actors, including Iran and North Korea. We need to prepare smartly and quickly. There can be no excuses for failing to meet “the surprise next time.” Defending and preparing against such threats is the first responsibility of government.

Christopher Yeaw was a technical contributor to this article, which does not represent the views of US Strategic Command or the University of Nebraska.