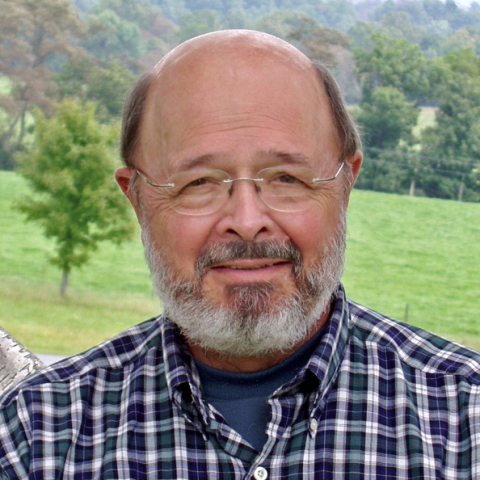 Extended droughts were far worse in the Little Ice Age that ended just 150 years ago, but big droughts are also likely in the worlds future if we are in a new warming cycle. This prospect pushes the un-exciting Black-Eyed Pea into an unlikely starring role

The cowpeabetter known in America as the black-eyed pea--is an important food source in Africa, Asia, and the southern United States. Cowpea already grows better than most crops in hot, dry climates, but a veteran plant breeder at Texas A&M is using thermal imaging to select the most drought-tolerant genotypes of cowpeas to help maximize global food and livestock feed.

Dr. B. B. Singh thinks genetic engineering could make the cowpea even more drought-tolerant than today. If so, it could play a big role in drought-proofing both world food needs and global livestock feed supplies for the future by expanding its role as a major food staple.

The UN Food and Agriculture Organization predicts world food consumption will nearly double over the next 40 years. Much of that expansion will be in drought-prone parts of the world. Drought-tolerant cowpeas could use sandy soils in hot climates more productively than today, producing high yields of dried peas for boiling, not to mention leafy greens and green pods for fresh consumption. The vining type of cowpea also makes a good cover crop to prevent erosion, even as it fertilizes itself with nitrogen.

Inside Singhs greenhouse, small boxes filled with soil are planted with promising cowpea varieties selected by thermal imaging. The seeds are watered just enough to germinate themand left without water for 50 days to simulate a drought or a foreshortened rainy season. Singh says he planted 16 varieties on the same dayand 50 days later the resistant varieties remained green and fully alive. The drought-susceptible plants were completely dead.

Our preliminary studies have shown one major gene for drought tolerance in cowpeas, says Singh. Were trying to transfer that gene into the improved varieties . .  .that have good health factors and are aphid resistant. We hope these new varieties will have major impact improving food production in the southern U.S., Africa, Asia, and Brazil.

We hope in the 21st century, when drought, heat and moisture become factors, a 60-day heat-and drought-tolerant cowpea will become the main food legume in the world, as they would fit in the existing cereals and root-crop systems as a short-duration niche crop, Singh says. The plant breeder came to Texas A&M from Africas International Center for Tropical Agriculture, bringing along 35 high-yielding lines of cowpeas with drought and aphid tolerance, as well as resistance to several diseases.

The cowpea is an ancient crop that emerged along with pearl millet and grain sorghum in prehistoric Africa. Most of the worlds current cowpea production is in Nigeria, Niger, and Senegal. However, with additional drought tolerance, cowpea production could expand. The peas contain up to 30 percent protein and their amino acids complement cereal grainsas do soybeansto provide a balanced diet.

The cowpeas seeds and vines are both excellent cattle feed. Think of the benefits of raising more forage for cattle in hot, sandy areas with low soil nutrients. Think Texas and the other S.W. U.S., along with Kenya, South Africa, Brazil and India.

Today, improved cowpeas in Texas are yielding 800 to 1000 pounds per acre of seeds, and that doesnt count their forage contribution. In Africa, unfortunately, poor seeds and low-caliber management have meant yields of only about 200 pounds per acre--one-fifth to one-tenth of the yields produced by Africas on-farm test plots. The battle wont be won with just better seeds, but if better management is part of the package, chances of avoiding major food shortages will have greatly increased.