Skip to main content
Past Event
U.S. Responses to the North Korean Threat: A Conversation with Senator Ted Cruz
Wednesday 10:15 - 11:15AM
Register for Event

U.S. Responses to the North Korean Threat: A Conversation with Senator Ted Cruz 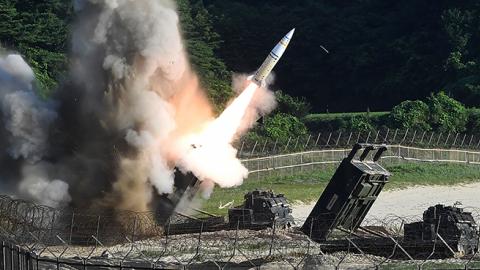 North Korea continues its nuclear missile program—in violation of multiple U.N. Security Council Resolutions—with the stated goal of threatening American population centers and those of U.S. allies throughout Asia. In response, the Trump administration is implementing a “pressure campaign” by involving increased sanctions against Pyongyang and an international effort to further isolate North Korea economically and diplomatically.

Senator Ted Cruz, a member of the Senate Armed Services Committee's Subcommittee on Strategic Forces, has introduced several pieces of legislation to address the threats emanating from North Korea. On January 24, Senator Cruz offered remarks on the latest North Korean threats and how the United States is responding. He provided insights into what else the United States could and should do to provide maximum protection for the American people.