Skip to main content
Past Event
Virtual Event | Asia’s New Leaders and the Free and Open Indo-Pacific
Monday 8:00 - 9:00AM 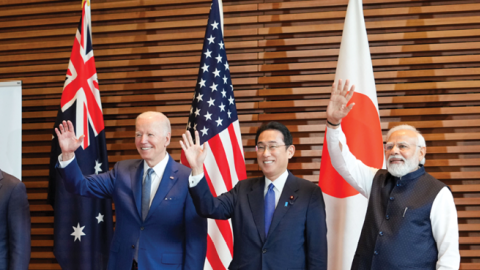 Since the election of President Joe Biden less than two years ago, many of the major democracies in the Indo-Pacific are under new management. Ferdinand “Bongbong” Marcos was inaugurated as president of the Philippines at the end of June. After nearly a decade of conservative leadership in Australia, Labor Party leader Anthony Albanese became prime minister in May. That same month South Korea’s Yoon Suk-yeol began his single, five-year presidential term. Fumio Kishida formally took office last October, and the Upper House election last month puts him in a secure position to lead Japan in the coming years. How well these leaders work together will help determine the future of a free and open Indo-Pacific region. They will seek closer cooperation with Indian Prime Minister Narendra Modi and Indonesian President Joko “Jokowi” Widodo, who were elected to their country’s highest office in 2014. Meanwhile, China is preparing to extend Xi Jinping’s leadership of the Chinese Communist Party for an unprecedented third term.