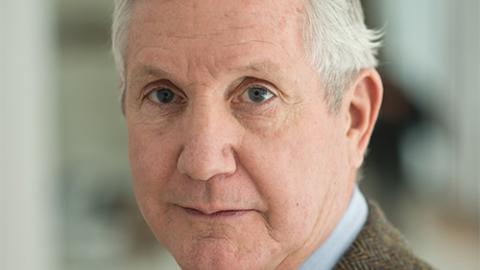 Bruce Jackson was a senior fellow at Hudson Institute.

Bruce Jackson was a senior fellow at Hudson Institute. He is also managing partner of Bruce Jackson Consulting LLC, which provides strategic advisory services on financial and political markets to corporate clients in Europe.

From 1979 to 1990, Mr. Jackson served in the United States Army as a military intelligence officer. From 1986 to 1990, he served in the Office of the Secretary of Defense in a variety of policy positions pertaining to nuclear forces and arms control. Upon leaving the Department of Defense in 1990, Mr. Jackson joined Lehman Brothers, an investment bank in New York, where he was a strategist in the firm's proprietary trading operations. Between 1993 and 2002, Mr. Jackson was vice president for strategy and planning at Lockheed Martin Corporation.

In 1996, Mr. Jackson was a delegate to the Republican National Convention where he served on the Platform Committee and the Platform’s Subcommittee for National Security and Foreign Policy. During the 2000 Presidential campaign, he was a delegate committed to Governor Bush and chaired the Foreign Policy Subcommittee of the Republican Platform Committee.

From 1995 until 2003, Mr. Jackson was the president of the U.S. Committee on NATO, a non-profit corporation formed to promote the expansion of NATO and the strengthening of ties between the United States and Europe. From 2003 until 2015, he was founder and president of the Project on Transitional Democracies. The Project was a multi-year endeavor aimed at accelerating reform in post-1989 democracies and advancing the date for the integration of these democracies into the institutions of the Euro-Atlantic.

In 2004, Mr. Jackson became a member of the International Commission on the Balkans and the Board of Directors of the "We Remember" Foundation, which works to bring the officials of the Government of Belarus to justice for the disappearances of political opposition leaders and journalists. He has been recognized for his work on democratic change and European integration by the Governments of Poland, the Czech Republic, Hungary, Slovakia, Romania, Lithuania, Latvia and Estonia.

Mr. Jackson’s work has focused on the integration of the Western Balkan countries into the European Union and NATO and on building closer relationship between European institutions and the democracies within the European Union’s Eastern Partnership, particularly Ukraine. He has advised the European Commission on the establishment of free trade and association agreements with the Eastern Partners and members of the Normandy Group on the implementation of the Minsk 2 Agreement. He has written extensively about the engagement of Russia and Eastern European democracies by the European Union and the United States, on the new geo-economics of Eastern Europe and the Black Sea region, and on the energy security of Europe. He and his wife, Irina Krasovskaya, divide their time between their home in Washington, D.C., and St. Caprais de Bordeaux, France where they own and operate SCEA Chateau Les Conseillans, a vineyard producing Bordeaux wines. 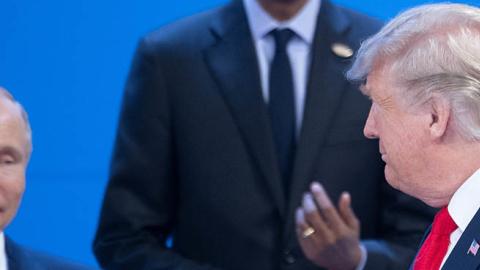 Caption
Donald Trump looks at Vladimir Putin at the meeting center of the G20 summit in Buenos Aires on November 30, 2018 (Photo by Ralf Hirschberger/picture alliance via Getty Images)
U.S.-Russian Relations, 1989-2019: Self-Awareness and History 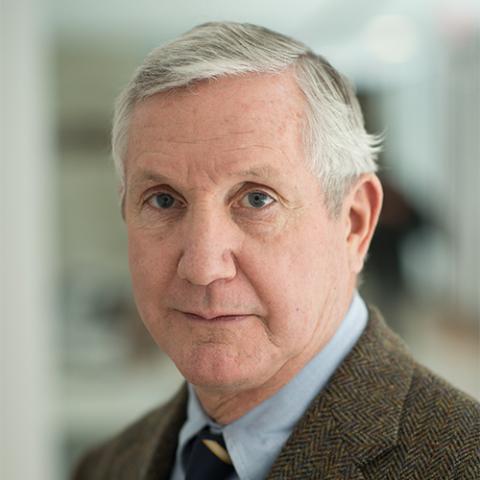