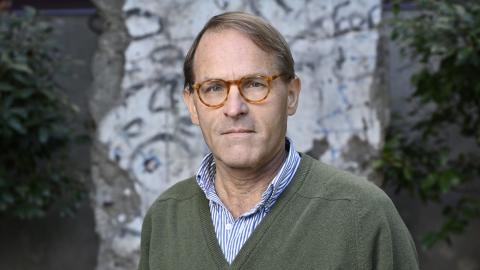 Matthew Boyse is an adjunct fellow with Hudson Institute's Center on Europe and Eurasia.

Matthew Boyse is an adjunct fellow with Hudson Institute's Center on Europe and Eurasia specializing in Central Europe. He is also an adjunct lecturer at the Johns Hopkins School of Advanced International Studies, the George Washington University, and American University.

A former Senior Foreign Service Officer, Mr. Boyse served in Washington, Europe, Canada, and South Asia during his 30+ years with the State Department. His last roles included: as deputy assistant secretary in the Bureau of European and Eurasian Affairs overseeing U.S. policy toward Central Europe and the Office of the Special Envoy for Holocaust Issues, as well as serving as sherpa for the Three Seas Initiative and chargé d’affaires in Switzerland, Finland, Romania, and the US Mission to NATO. Prior to that, Mr. Boyse served as acting deputy chief of mission and minister counselor for political affairs in Ottawa, Canada from 2015 until 2018.

Mr. Boyse had three assignments in Germany: as political advisor to three commanding generals, US Army Europe, US consul general in Duesseldorf, and at the US Embassy in Berlin. His other overseas tours were Kabul, Afghanistan; New Delhi, India; Warsaw, Poland; Moscow, Russia; Dhaka, Bangladesh; and London, United Kingdom. In Washington, he was deputy director (political affairs) in the Office of European Union and Regional Affairs and executive assistant to the assistant secretary for economic and business affairs. Before joining the Foreign Service, Mr. Boyse was an East Germany and USSR analyst at Radio Free Europe/Radio Liberty and a DAAD visiting fellow at Stiftung Wissenschaft und Politik, both in Germany.

Mr. Boyse has a BA in classics from Haverford College and an MA in Soviet and East European studies from Columbia University. He speaks German, Polish, and Russian.