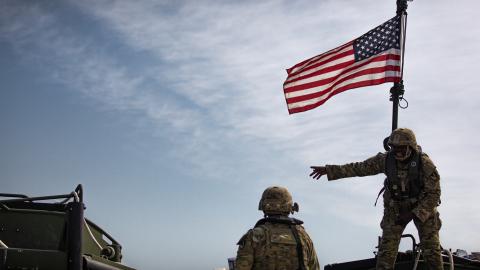 Vladimir Putin has reminded us of a forgotten lesson of the Cold War: Deterrence isn’t merely about preventing nuclear war.

The US and its allies in the North Atlantic Treaty Organization failed to deter Mr. Putin from launching a conventional war in February, and the costs of that failure—in blood and tears, in the military and economic support needed to keep Ukraine in the fight, in the economic shocks reverberating across Europe, in the food and fuel inflation threatening to destabilize governments across the Global South—continue to mount.

If conventional deterrence also fails against China, and Beijing attacks Taiwan, the costs will be even higher. Ukrainians at least were able to flee from the war zone. Trapped on their island, the people of Taiwan would have no place to go as war engulfed their homes. The shock to the world economy would be almost immeasurably greater. The importance of the Taiwan Strait and the South China Sea to world commerce eclipses that of the Black Sea. It isn’t only computer chips whose global supply chain would be crippled by war over Taiwan. Everything made in China, Vietnam, Korea and Japan would become scarce. Global financial markets would tank. Japan and Korea would face critical shortages of fuel and food. Africa and Latin America would face massive economic damage.