The Fatal Flaw in the West’s Fight Against Autocracy 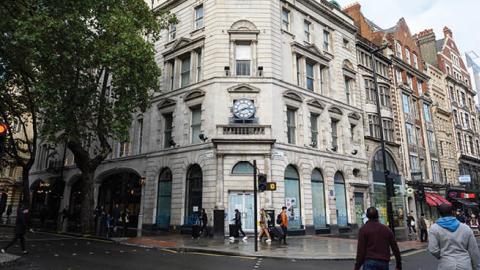 Caption
An office building in central London which is reported to be owned by Azerbaijan's President Ilham Aliyev, on October 05, 2021 (Photo by Leon Neal/Getty Images)

To hear Western politicians tell it, liberal democracies are in an existential fight against the forces of autocracy, despotism, and dictatorship around the world. That framing has found a home in U.S. President Joe Biden’s recent rhetoric and is the raison d’être for his upcoming Summit for Democracy.

Biden and the other Western politicos echoing his calls are correct in their diagnosis. Rising illiberalism, swelling autocracies, and increasingly muscular dictatorships from Beijing to Moscow are smothering democratizing efforts on the ground and threatening the broader liberal order.

But their efforts to thwart rising autocracy have overlooked a critical way Western democracies themselves enable such regimes to thrive: by providing anonymous financial secrecy tools that allow kleptocrats around the world to move, hide, and launder their ill-gotten wealth, safely away from the prying eyes of their own people.

These tools by now form a familiar playbook. On the one hand, you have such devices as shell companies and trusts that effectively anonymize wealth, stripping the money from any identifying information. On the other hand, you have an entire range of industries more than happy to process the proceeds of this now-anonymous wealth, from real estate and luxury vendors to auction houses and the art market writ large.

And all of it remains broadly legal, providing a perfect launching pad for kleptocrats and illiberal figures around the world to burrow their finances into the West, effectively using Western financial secrecy against the democratizers, the reformers, and anyone looking for just a bit of better governance.

The newly released Pandora Papers reveal in stark detail the critical role major Western countries including the United States, the United Kingdom, Canada, France, and Germany play in enabling dictators and autocrats by allowing illicit transnational flows of cash to flourish. With nearly 12 million documents, the release pulled back the curtain on a huge number of kleptocratic networks.

Billions upon billions of dollars (and potentially more) have poured into these democracies from around the world, with numerous Western industries under no compunction to check whether or not the wealth stems from, say, pilfered national treasuries, wealth seized from brutalized minority populations, or the kind of elite-level corruption that leads to effective state capture.

There was, for instance, the discovery that Azerbaijan’s dictatorship has moved hundreds of millions of dollars through London. It was hardly the first time London—a city that increasingly appears built on money laundering services—found itself at the center of these kinds of illicit flows. If anything, the funds linked to Azerbaijan’s brutal ruling family followed a well-established pattern: anonymous shell companies, anonymous real estate purchases, and British legal professionals helping move the process along—all of it perfectly legal. (The twist to the latest revelations in the Pandora Papers: Apparently Queen Elizabeth II ended up unwittingly involved.)

There was the revelation that British shell companies had also helped Russian President Vladimir Putin’s alleged lover lead a life of Mediterranean luxury, yet another story linking those close to the Kremlin—including those specifically trying to evade Western sanctions—to an entire potpourri of Western financial secrecy tools.

Likewise, Jordan’s King Abdullah II—a man who promotes an award for transparency (seriously)—saw his secret nine-figure real estate purchases in the United States and United Kingdom spill out into the public eye, even while the West continues to bankroll financial aid efforts in Jordan.

And former Kazakh dictator Nursultan Nazarbayev, a man who pioneered so much of the modern kleptocratic playbook, saw the financial secrecy vehicles used by his “unofficial third wife” revealed. Nazarbayev, of course, is hardly a stranger to offshore financing, nor is his family, who have turned up time and again when it comes to allegations of laundering their illicit wealth across the West.

Speaking of Nazarbayev, one of his former speechwriters—none other than former U.K. Prime Minister Tony Blair—also saw his internal finances revealed thanks to the Pandora Papers. Blair may not be the first person who comes to mind when one thinks of modern kleptocracy, but the former British premier has transformed into something of a lodestar for other Western politicians looking to take full advantage of these kleptocratic flows.

Rather than act as a force for, say, democratization or financial transparency, Blair has spent his post-premier years taking funds to whitewash regimes in Kazakhstan, Azerbaijan, and Serbia, among an entire range of other autocracies. Little surprise, then, that the Pandora Papers revealed that Blair was involved with an offshore vehicle tied directly to the upper rungs of Bahrain’s dictatorship.

But maybe it’s not fair to pick on Blair. After all, he’s simply working alongside many other former democratic leaders who have apparently tossed democratizing efforts to the side in their pursuit of kleptocratic funds. Former German Chancellor Gerhard Schröder has become one of Putin’s biggest cheerleaders, while former Austrian Chancellor Alfred Gusenbauer, former Italian Prime Minister Romano Prodi, and former Polish President Aleksander Kwasniewski have likewise taken funds ostensibly to advise rising dictators.

Over and again, democratic leaders have dropped any pretense of working for the West’s—for democracy’s—best interests. Instead, they’ve created an entire cottage industry of former Western leaders hopping in the pockets of these kleptocratic figures—all while those same figures use and abuse industry after industry in the West for their needs.

Meanwhile, all that seems to matter to the Western financiers themselves—the real estate, private equity, auction house, and other professionals looking to get a slice of this kleptocratic wealth—is that the tap remains open and that they get a nice commission along the way. And their consultants, lobbyists, and lawyers work hard to make sure no regulations impinge on these transnational financial flows.

We already know what the results of these financial networks are. These Western financial secrecy tools—the anonymous shell companies and anonymous trusts, these industries built on the backs of anonymous finance without any regulatory oversight—allow oligarchs and anti-democratic figures to continue stripping as much wealth as they want from their domestic populations, immiserating local populaces, destabilizing entire regions, and bankrolling their illiberal efforts however they need.

On the other hand, even when the West does work up the courage to finally take on these despots—say, via sanctions programs that aim to block and upend their financial networks—these financial secrecy tools allow them to evade those very sanctions. They allow these figures to dodge investigations, thwart any efforts at returning looted assets, and enjoy the fruits of their brutality, even after they’re overthrown.

These elements are two sides of the same kleptocratic coin. And they’re hardly limited to any particular regime; even—or perhaps especially—regimes opposed to the Western liberal order take advantage of these financial tools.

Red princelings in China and oligarchs in Russia, pro-regime businesspeople in Venezuela and officials buttressing the government in Iran, far-right networks in Hungary and gangsters-cum-politicians in Azerbaijan: All of them rely on the same services, the same networks, the same offshoring and financial secrecy tools found in the West. All of them spout their anti-Western, anti-democratic diatribes to their domestic populations and then rely on the same Western, democratic countries to shield their wealth, launder their finances, and stash their money, and to then use those finances for anything they need.