Thomas Mann’s Message for America in the Digital Age 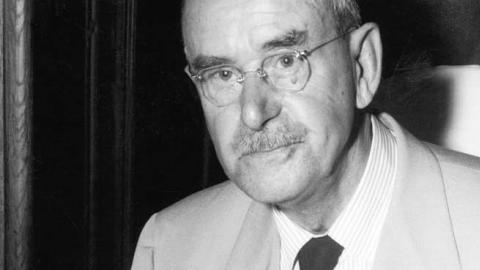 In the last days of the year I found myself alone in a corner of my mother’s small library. She had recently gone through a cleaning phase, which involved a better organization of her volumes. In front of me was her shelf of Thomas Mann, the German writer. Next to “The Magic Mountain” and “Buddenbrooks” rested a dark volume, slim and frayed, its title etched in leather: “The Coming Victory of Democracy.” I lifted it gently, flipping through its yellowed, brittle pages. In 1938 Mann had embarked on a lecture tour in the U.S.; this was a bound volume of his speeches.

It was a grim time for democracy in Europe. Mann was unable to return to his home, a place where “the aggressive brutality of fascism” seemed to be “distressingly triumphant.” He had traveled to the “classic land of democracy,” a place of democratic “abundance,” because he believed Europe had much to learn from America. But Mann also wanted to remind Americans that democracy was never assured. It had enemies, “from within and without,” and it must “take stock of itself.”

The world is far different today than in 1938. But we too must take stock. We face a steady accretion of threats to democracy. These developments are intertwined and therefore difficult to isolate and counter. Mann’s observations remain relevant as we consider these pressures.