Skip to main content
Past Event
The Wrong Enemy: America in Afghanistan 2001-2014 Book Discussion with Carlotta Gall
Friday 8:15 - 10:00AM
Register for Event 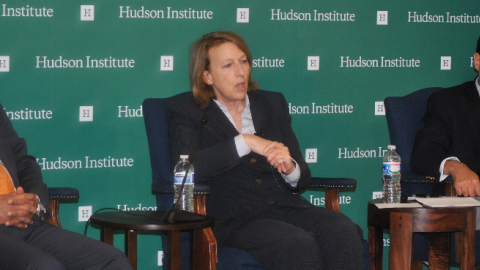 Pakistan is the oldest American ally in South Asia, dating back to the late 1940s. Although it has been referred to as the ‘most allied ally’ of the United States and has been a frontline ally in the war on terrorism, Pakistan is a hotbed of jihadism. Jihadi organizations in Pakistan continue to plague not only the region but also the world. The world’s most infamous terrorist, Osama bin Laden, was located and killed inside Pakistan.

New York Times correspondent Carlotta Gall reported from Afghanistan and Pakistan from 2001 to 2013. She is among those who believe that the problems faced in Afghanistan can be traced back to the policies of Pakistan’s politico-military-intelligence establishment. Her latest book, The Wrong Enemy: America in Afghanistan 2001-2014, is filled with firsthand accounts of Gall’s meetings and interviews with politicians, generals, jihadis and intelligence personnel from Pakistan, Afghanistan and the United States. In an excerpt printed in the New York Times, Gall asserted that not only did Pakistan fuel the Taliban but that elements within Pakistan’s intelligence services even protected Osama bin Laden.

On the launch of The Wrong Enemy, Hudson Institute hosted a book talk with Carlotta Gall. Writer and analyst Dr. Mohammad Taqi joined Gall to discuss her work and the US-Pakistan relationship. Hudson Senior Fellow Husain Haqqani, former Ambassador of Pakistan to the United States, moderated the event.