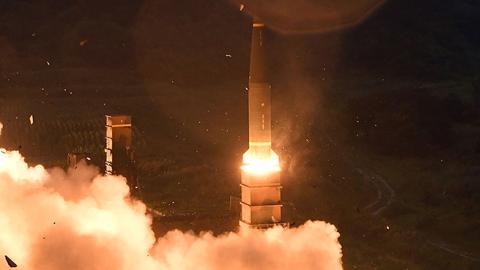 The threats facing the United States are dynamic and complex. In recent months, North Korea successfully conducted tests of an intercontinental ballistic missile as well as its sixth nuclear test. It has threatened to fire a missile toward Guam and provocatively launched a missile over Japan late last month.

While North Korea is the most pressing threat, there are others. Iran has a history of receiving help from North Korea with its own missile program, and has shown a willingness to advance that program in violation of U.N. sanctions. Russia is asserting itself as a global power. It continues to issue threats against the NATO alliance and is modernizing its conventional and strategic military programs. Like Russia, China is modernizing its nuclear missile force and its professed "no first use" pledge is in question. China is also working toward the capability to hold at risk vital U.S. space assets. In addition, non-state actors continue to wage a long war against the United States and allies.

On September 20, Hudson Institute hosted General John E. Hyten, Commander of U.S. Strategic Command. General Hyten provided an overview of his command vision, outlined his priorities, and explained how deterrence has evolved since the end of the Cold War and how it remains vital to preventing war and preserving peace. After his remarks, General Hyten took part in a discussion with Hudson Senior Fellow Rebeccah Heinrichs.