Peter Rough on the JCPOA and the cost of concessions 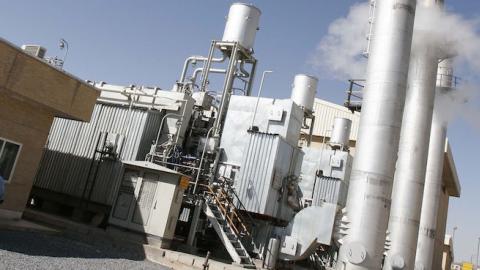 Wendy Sherman, a top aide to the secretary of state, testified before Congress that, "This is no small action." After protracted negotiations in one of Eu­rope's idyllic cities, the U.S. had struck an historic agreement: In return for sanctions relief, America's enemy had agreed to verifiably freeze its nuclear program. The agreement, Sherman argued, represents "our best means of capping and eventually eliminating" the regime's nuclear weapons threat.

The year was 2000; the rogue na­tion, North Korea; and the accord, the Agreed Framework. Six years into implementation, Sherman was captivated by its possibilities, includ­ing the eventual normalization of relations. Less than three years later, having pocketed American concessions, Pyongyang admitted to a clandestine nuclear weapons program.

Sherman's role in implementing the Agreed Framework has not been lost on the rulers in Tehran, Iran, who have unpacked the North Korean playbook to negotiate the Joint Com­prehensive Plan of Action (JCPOA). The results are unsurprising: The agreement dismantles the interna­tional sanctions architecture, worth billions of dollars, and concedes Iran's status as a nuclear threshold power in return for temporary constraints on Iran's nuclear infrastructure.

Sanctions. Some of these terms might be deemed acceptable - if, that is, we were negotiating with a trustworthy partner. Alas, Iran is not Luxembourg. For decades, Iran's leadership has backed its chants of "death to America" with action: from orchestrating the Marine Corps barracks bombing in Lebanon that killed 241 U.S. troops in 1983 to facilitating the deaths of hundreds of U.S. soldiers in Iraq over the past decade, the regime has ruthlessly pursued an anti-American ideology. Today, Iran's Quds force maintains an alliance system that stretches from Hezbollah in Lebanon to Bashar al-Assad in Syria and Shiite militias in Iraq.

These clients depend on Iranian largesse, running in the billions annually, which Iran has provided despite the pain of sanctions. Now, under the JCPOA, the U.S. has agreed to release an estimated $100 billion to $150 billion in Iranian funds held in escrow, dismantle the sanctions regime built through a decade of U.N. Security Council Resolutions, and readmit Iran to the global financial system. This is like disarming a knife-wielding assailant by handing him a bazooka: No one should be surprised when the region turns from bad to worse.

Undoubtedly, as the Obama administration has argued, substantial sums also will flow into the Iranian econo­my - and thus, to the Iranian Revo­lutionary Guard Corps (IRGC). The IRGC is more than a special military force; it is also an industrial empire whose tentacles reach into all aspects of the economy. Perhaps someday, moderates will be on the ascendancy in Iran. But as Henry Kissinger and George Shultz have argued, "What gives us the confidence that we will prove more astute at predicting Iran's domestic course than Vietnam's, Afghanistan's, Iraq's, Syria's, Egypt's or Libya's?" By dismantling the sanctions regime, the U.S. not only surrenders its leverage but also strengthens Iran's hardliners.

Nuclear program. In return, the JCPOA constrains Iran's enrichment activities and requires the refitting of its plutonium reactor in Arak. However, even if Iran abides by the terms of the agreement - a dubious assumption, given Iran's record of flouting its international obligations - the JCPOA contains a fatal flaw: It grants Iran an industrial-scale nuclear enrichment program tied to a sunset clause of approximately 10 years. Moreover, after a maximum of eight years, Iran is permitted to fine-tune missiles. Under the most optimistic reading of the JCPOA, therefore, the world's superpower willfully has elevated a second-tier regional power viscerally opposed to its interests to threshold nuclear weapons status.

Most likely, however, Iran will go the less optimistic route and cheat. In this reading, the JCPOA is incomplete on questions of both discovery and enforcement. Aspects of the International Atomic Energy Agency roadmap" - deemed critical to establishing the previous military dimensions of 24 days, affording Iran an opportunity to scrub its sites clean of illicit materials. Meanwhile, Iran's competitors, aware of these monitoring challenges, will be incentivized to explore their own nuclear capabilities.

As the Washington Institute's Robert Satloff has noted, if Iran is discovered to be in violation of the agreement, the JCPOA envisions one, and only one, enforcement mechanism: "snapback" of the U.N. Security Council sanctions. Therefore, even significant Iranian violations committed over time likely are to go unpunished, especially as entrenched interests, from German businesses to the Russian defense industry, rally against snapback.

In the end, no matter how much we congratulate our negotiators, agreements like the Agreed Framework and the JCPOA always will be available to us, provided we make enough concessions. A better course would be to take the advice of another Sherman, who observed after the Civil War that "fear is the beginning of wisdom." By drawing on U.S. coercive powers, we should compel Iran into a fundamental choice: either your nuclear infrastructure or your economy, but you cannot have both.