‘American Queenmaker’ Review: How She Earned Her Press Pass 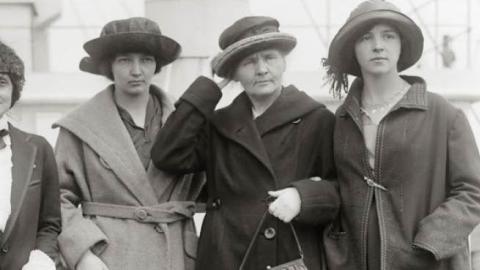 Not long ago an article appeared about a brand of high heels that are all the rage among female journalists in Washington. A trivial topic, to be sure, but the story carried an underlying message about how the journalism business has welcomed women into its ranks in recent decades. There are so many of us now that a reporter deemed it newsworthy to write about our shoes.

For context and a good deal more, today’s generation of reporters, both male and female, might turn to “American Queenmaker,” Julie Des Jardins’s noteworthy biography of Marie Mattingly Meloney (1878-1943). At a time when few women sat in the editor’s chair, Meloney was editor in chief of three major American periodicals: the Delineator, the New York Herald-Tribune Sunday Magazine, and This Week. She was one of the most influential journalists of the first half of the 20th century.

Marie Mattingly, an ambitious young woman from Kentucky, honed her reporting skills in the early 1900s at the Washington Post, the Denver Post and the New York Sun. She avoided the soft, human-interest stories that ran in the women’s pages, instead building a reputation as a trenchant political reporter. In New York she met her husband, William Meloney, a fellow journalist. After their marriage—during which she took a few years off from work to raise their son—she used the byline “Mrs. William Brown Meloney,” a reassuring signal to her readers that, even though she worked for a living, she wasn’t a radical feminist.