Skip to main content
SVG
Commentary
The Chronicle of Philanthropy 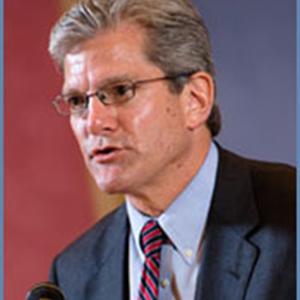 One sure way to ruffle feathers at the normally staid Council on Foundations--the nation's largest philanthropic membership organization--is to remind it of American philanthropy's neck-deep involvement in eugenics.

Yet now is the time for our foundations not only to acknowledge that involvement but to officially apologize for it as well.

They have shown no sign of doing so, however, nor of appreciating its cautionary tale for contemporary philanthropy: Whenever an arrogant, insulated, wealthy elite begins to treat human beings as experimental subjects, the results are often disastrous, no matter how noble the intentions.

Evidence of philanthropy's reluctance to confront its past came several months ago in the council's reaction to one of my speeches printed by Nonprofit Quarterly magazine.

The speech described philanthropy's active promotion of eugenics, a pseudo-science popular early in the 20th century that sought to upgrade the human race by encouraging the breeding of superior stocks while discouraging, even forcibly preventing, the propagation of inferior stocks.

Our first major foundations--the Carnegie, Rockefeller, and Russell Sage philanthropies--found eugenics appealing because it spoke to their yearning to get to the root of what causes social problems rather than just treating their symptoms, as traditional charity had done.

Philanthropic support from foundations helped inject eugenics into popular culture and higher education, influenced 30 states to pass mandatory sterilization laws and the Supreme Court to uphold them, and persuaded Congress to pass a severely restrictive immigration law in 1924 limiting the migration of defective protoplasm from Eastern Europe.

Indeed, were eugenics not regarded today as a moral abomination, philanthropy's tireless publicity agents would no doubt cite the movement as one of its most significant efforts, with an abundance of manifestly measurable outcomes achieved by state-of-the-art techniques.

But since it is an abomination, there isn't so much as a mention of it in most historical accounts of American philanthropy.

Vikki Spruill, the new president of the Council on Foundations, and Kevin Murphy, chairman of its board, were certainly none too pleased to have it dredged up.

Ms. Spruill and Mr. Murphy argued in a letter to the editor of Nonprofit Quarterly that by [singling] out a shameful piece of global scientific history, I deceptively used an outdated and isolated example to discredit philanthropy's subsequent achievements. Clearly, they maintained, I did not understand philanthropy's value as part of a global ecosystem for greater good.

However well intentioned today's grant making might be, the self-proclaimed representatives of the global ecosystem for greater good certainly betray an ethical tin ear when they so casually dismiss its eugenic past.

Here's a better approach to that past, broken down into three r's: research, regret, and reflection.

First, research. The Council on Foundations should seek money from members once involved with eugenics for a major research effort to locate and publish online all documents relating to philanthropy's role.

The Web site Eugenicsarchive.org provides the model, with its superb collection of original sources on the movement as a whole.

Hosted by New York State's Cold Spring Harbor Laboratory, the original location of the foremost eugenics advocacy group, the archive also exemplifies the way institutions once associated with eugenics should come to grips with, and learn from, their own past.

Although we know quite a bit about the eugenic enthusiasm of the Carnegie and Rockefeller philanthropies through books like Edwin Black's The War Against the Weak, we know little about other wealthy eugenicists, some of whom established foundations still around today.

The list would include Charles Brush of Ohio, Ezra S. Gosney and John Randolph Haynes of California, Mary Harriman of New York, Clarence Gamble of North Carolina, and John Harvey Kellogg of Michigan (brother of the founder of the W.K. Kellogg Foundation).

Eugenics research is a booming historical industry today. So the fact that the council ardently wishes us to avert our gaze from the subject only makes it all the more attractive to academic investigators who like nothing better than to rummage through carefully guarded skeleton closets.

By encouraging that scholarship instead, philanthropy would get out in front of the eugenics scandal and wouldn't be blindsided by the truths that will come to light sooner or later anyway, once scholars begin to investigate this relatively unexplored historical frontier.

The council's historical commission would summarize the evidence and then, before an annual meeting of the council, render judgment about the degree of culpability philanthropy bears for America's eugenic episode.

The audience for that occasion must include representatives of all the groups that were, at one point or another, targeted for culling by wealthy eugenicists, including African-Americans, Jews, Mexicans, Puerto Ricans, Asians, and Native Americans, as well as people with a vast array of physical and intellectual disabilities.

The governors or legislatures of the states that participated most enthusiastically in eugenic sterilization have issued official apologies just over the past decade, beginning with Virginia in 2002. These occasions have often been high-visibility public ceremonies, attended by surviving victims of the sterilization programs.

Note that the officials could simply have dismissed their states' involvement as being old, isolated, and what everybody else was doing at the time. They could have lectured the pro-apology activists for their failure to appreciate all the good things states have done recently for the poor and marginalized.

But they didn't. They apologized.

Yet we have not witnessed one high-profile, formal expression of regret from the foundations that helped persuade the states to adopt sterilization in the first place.

That must change if, as I expect, the research proposed here demonstrates that philanthropy did indeed play a substantial role in the development and propagation of eugenics.

Philanthropy, for all its excellent intentions, does not mean never having to say you're sorry. It is time to apologize.

The council itself may wish to do that for American philanthropy collectively, or each guilty foundation may speak for itself.

But if regrets are not forthcoming, then some explanation for that reluctance should be--a reluctance particularly ill-suited to the global ecosystem for greater good.

**Whether or not regrets are ever expressed, though, my third r should be undertaken right now, and that is reflection.**

Reflection on the eugenics episode should remind foundations that the very way they're constituted exposes them to formidable temptations.

Our largest philanthropies tend to be opaque and unaccountable concentrations of wealth managed by insulated elites, pursuing sweeping, top-down social change with minimal input from the affected public.

They are immune from the automatic checks that politics and markets provide other institutions; staffed by professionals whose credentials assure them that they know what's best for society; and surrounded by supine grant seekers who dare not challenge that presumption.

From John D. Rockefeller on, they have proudly proclaimed their right to ignore modest, grantee-initiated projects in the name of grand, root-cause approaches that cure evils at their source.

No wonder foundations so often come to see grantees as little more than sites for behavioral experiments and human beings as bundles of pathologies passively awaiting therapeutic interventions.

These conditions provided fertile philanthropic ground for the eugenics movement a century ago.

By researching and reflecting upon that episode, foundations might learn to resist the temptation presented by the next grand, promising scientific project, in which human beings are to be used as guinea pigs.

By publicly expressing regret for eugenics, foundations would demonstrate that they are trustworthy enough to bring their own past misdeeds to light, giving a deeper historical resonance to their often-professed desire to be fully transparent and accountable. And they would evidence a degree of moral seriousness that is missing when they so readily wave off their eugenic past.